Minuum is a touchscreen keyboard that wants you to make mistakes

And it doesn't take up half of your screen

Share All sharing options for: Minuum is a touchscreen keyboard that wants you to make mistakes

Minuum started life as a research project at the University of Toronto, but has since turned into a tool that makes your keyboard much smaller, without sacrificing speed. Minuum looks like a QWERTY keyboard that's been squashed to just one line, and when you're using it it's virtually impossible to be precise; the keys are just so squished together that it's hard to hit the specific letter you're looking for. While typing "the verge" during a recent demo, I hit the wrong letter almost every time, yet somehow Minuum knew exactly what I was trying to write.

The genesis of the project began in late 2010, when the team started experimenting with new ways of typing. Originally the focus wasn't even on touchscreens at all, but instead on control methods like motion sensing. "One of the things that we ended up creating was a set of algorithms that worked very, very well to allow very, very imprecise typing," says Will Walmsley, CEO and lead designer at Minuum creator Whirlscape "We realized we could use that same technology to make this touchscreen keyboard that saves all of your screen space, compared to other keyboards which can take half your screen space or more." This gives Minuum a distinct advantage over other keyboards like SwiftKey or Swype, even though it might not necessarily be faster.

Though the letters are actually arranged in a straight line, the keyboard has a staggered appearance more reminiscent of a standard physical keyboard. As you type, words appear just on top of the keyboard, presenting other potential options should Minuum's algorithms guess your intent incorrectly — though during my brief time with it that was never a problem. The displayed words also let you see what you actually typed, so you can see that even though you meant to say "wait," you actually hit "zqkt." It takes a moment to get used to since it feels like you're spelling everything wrong, but once you loosen up it's possible to write at a reasonable clip, with few if any errors. According to Walmsley, it's not just the design of the keyboard or the algorithms behind it that make this possible — it's our perception of how a touchscreen keyboard should work.

"You're going to be making mistakes all the time anyway."

"It's really about the user's expectations of the keyboard," he told The Verge. "Most of the frustration that happens when you're using an iPhone keyboard is because you're shown these distinct buttons and you feel like you're supposed to use it like a typewriter, where you need to hit every button every time. But that's completely unrealistic, because when you're using a phone that's that small, you're going to be making mistakes all the time anyway. So by making the keys even smaller, really we've changed the user's mindset to be aware that they're supposed to miss every time... it's the understanding that the system is always working with them to correct their spelling." 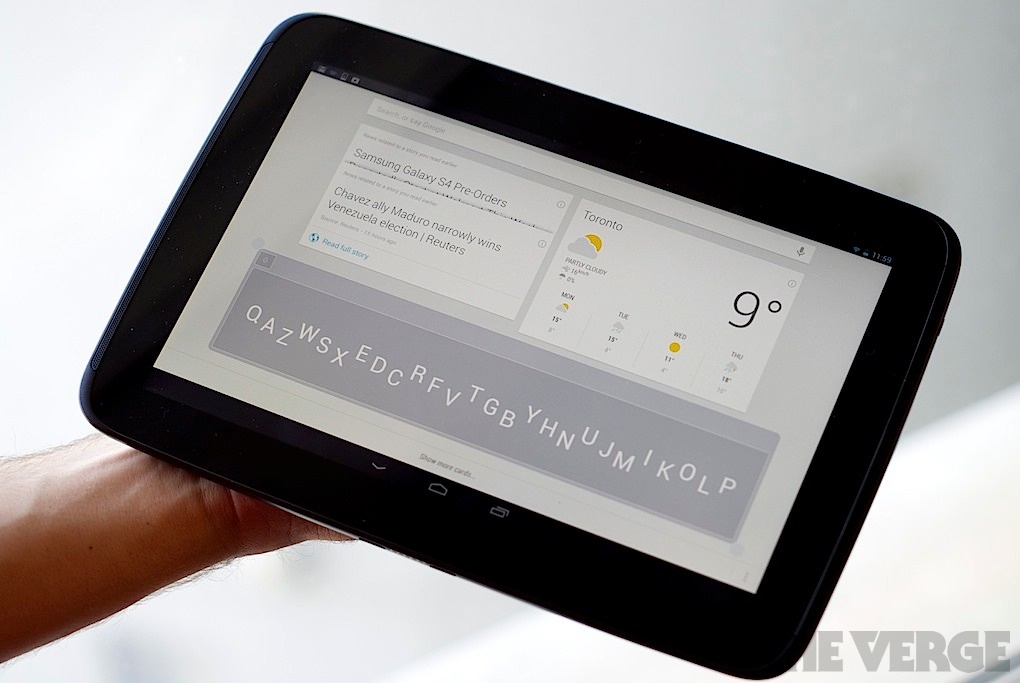 The screen savings on a smartphone are a large part of the appeal for Minuum, but it also works quite well on a tablet. The larger letters feel a bit more comfortable since you actually can be precise, but the keyboard can also detach from the bottom of the screen, turning into a movable window that you can resize based on what you're doing. A public version of Minuum is expected to launch in the Google Play store by the end of the year. Though the team is still working on the details, the keyboard will likely be released as a free download where users can pay a bit extra for more customizability. On iOS, meanwhile, where such a keyboard can't be installed system-wide, a development kit will be available so that developers can use Minuum in their app. Walmsley says that the response from developers so far has been very positive, though they're not the only ones excited about it.

In order to fund further development, Whirlscape launched a crowdfunding campaign with hopes of raising $10,000. However, funding for the project eventually surpassed the $80,000 mark, allowing the company to add some additional staff and fast-track development. "It was scary going into this, because new keyboard technologies are notoriously difficult to catch on," Walmsley says of the campaign. "If it requires too much effort to learn how to use it, people are just entirely averse to using it. It was amazing to discover that it really resonated with people." 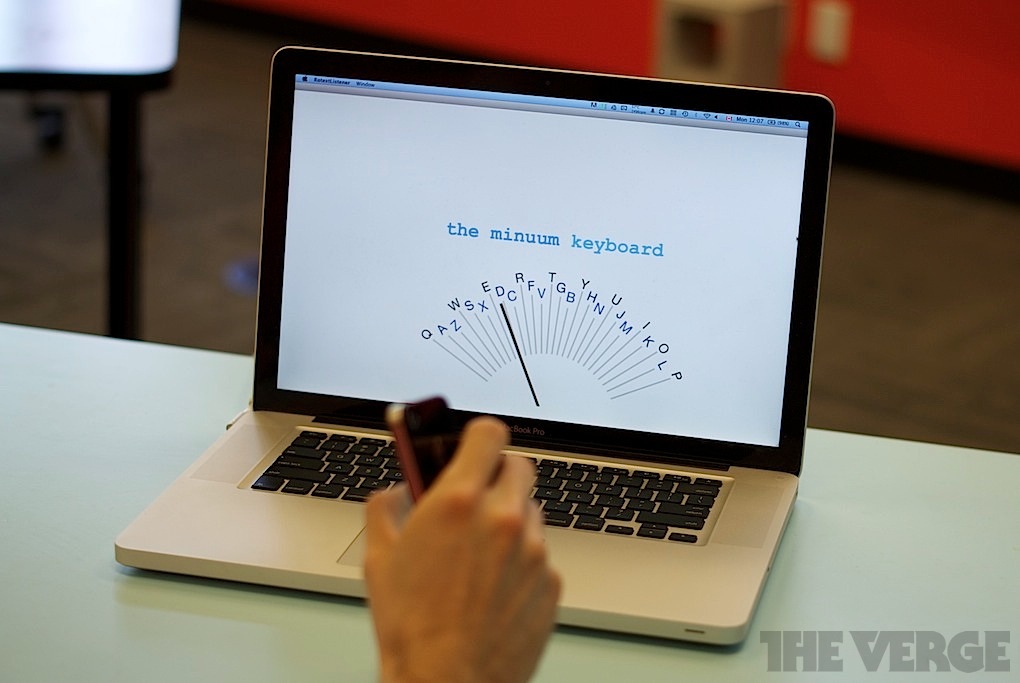 "New keyboard technologies are notoriously difficult to catch on."

The team is looking at more than just smartphones and tablets, though. With a surge of interest in wearable computing — and Google Glass starting to ship — the team is also experimenting with other applications for Minuum. In one example demoed, the motion sensing capability of an iPhone was used to move a cursor back and forth on a laptop in order to type. While this doesn't make much sense for writing on your Macbook, it does show the potential for future applications — imagine using your phone in such a way while typing things out on Google Glass, or even simply using your hands in front of a Kinect-like camera to write things on your TV from the comfort of the couch.

There are a number of possibilities, and to help speed the process along, the team will be releasing a wearable development kit at the end of the year, which will let developers experiment with new ways of typing using wearable technologies and Minuum. "If we enable the whole world to help invent new ways of typing, then we'll have a whole lot of cool new ways to type," explains Walmsley. And the end goal is nothing if not ambitious; if Minuum catches on, Walmsley envisions "a future of typing on anything."