Kickstarter is not a store, except when it is

Ouya, Pebble, and the curse of the pre-order

Share All sharing options for: Kickstarter is not a store, except when it is

Ouya, the highly-anticipated video game system funded on Kickstarter, has been shipped to the backers who made its existence possible. It's a huge milestone for Kickstarter to see its second highest-grossing project ever reach completion, but it also undermined a message the company has been pushing for a while.

Back in September, Kickstarter founders Perry Chen, Yancey Strickler, and Charles Adler published a harshly-worded blog post intended to clear up some of the ambiguity that had arisen as a result of the startup-slash-social experiment. "It's hard to know how many people feel like they're shopping at a store when they're backing projects on Kickstarter," they wrote. "But we want to make sure that it's no one."

Kickstarter bills itself as a way to fund creativity, that amorphous energy of artists at work. Backers of Kickstarter’s most successful campaigns, however, tend to be more transactionally-minded. The makers of the sleek Pebble smartwatch, for example, raised more than $10 million dollars, making it the highest-grossing Kickstarter campaign ever. For contributing at least $1, backers could get live updates on the project and learn about every step in the electronics manufacturing process in China. If they contributed $99 or more, they’d get a watch. Of the 68,929 backers, 96 percent contributed enough to get a watch. They were essentially placing pre-orders for the Pebble.

"You’re not making a purchase. You’re contributing money and they’re giving you this thing as a thank you."

The founders felt that some of the nuances of the concept are getting lost in the excitement inspired by projects like the Pebble and the revival of Veronica Mars. As Kickstarter goes mainstream, people increasingly think of the site as a store: a way to order a product they can consume, such as smartwatches and TV shows. And that’s exactly what the company doesn’t want. "Kickstarter is not a store," the founders wrote, outlining new rules designed to make creators more honest and backers more skeptical.

Billy King, a 19-year-old computer science student at Purdue University, backed two of Kickstarter’s most high-profile projects, Pebble and Ouya. He noticed that some of his fellow backers complained about delays and generally acted more like disgruntled Best Buy customers than patrons. "I think it’s becoming like a store, although I know that’s not what it’s intended to be," he said. "You’re not making a purchase. You’re contributing money and they’re giving you this thing as a thank you. People aren’t familiar with that." 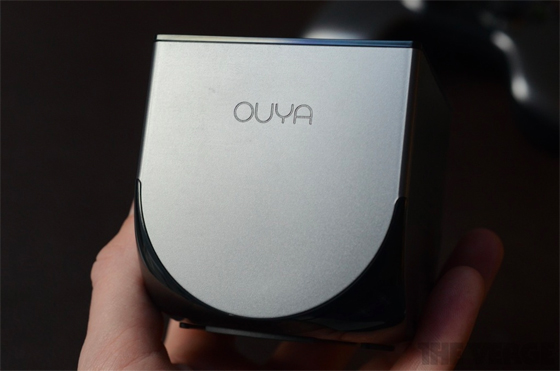 The company’s declaration that "Kickstarter is not a store" resonated more powerfully than the founders could have hoped. There are more than 65,000 Google results for the catchphrase, which pops up frequently in the news, on Twitter, and in the comment section of funded Kickstarter campaigns when some backers complain about products being late.

Kickstarter is somewhere between philanthropy, patronage, and consumption

Kickstarter’s founders decided it was time to speak up after an NPR report asking "when a Kickstarter campaign fails, does anyone get their money back?" triggered a heated debate. The fact that the question was even raised shows the fundamental misunderstanding that still dogs the company. Kickstarter is not intended for pre-orders. Nor is it intended for donations, investments, or purchases. Kickstarter is a fourth type of payment, where backers contribute out of an affinity for an idea and a desire to see it exist, that sits somewhere between philanthropy, patronage, and consumption. It runs into the kind of ambiguity that can corrupt friendship when money gets involved.

In October, a developer named Rich Dakan raised $28,739 for a game called Haunts; backers at every level were supposed to be able to download the game once it was finished. Unfortunately, he ran out of help and out of money after working on the game for a year. He published the source code and apologized.

This is the kind of thing that can happen, and does happen, on Kickstarter. The founders would argue that these failures are just as inherently Kickstarter as the blockbuster campaigns that ship sleek smartwatches and get reviewed by the mainstream tech press. "On Kickstarter you’re funding the creative process," cofounder Yancey Strickler told The Verge earlier this year at the Sundance Film Festival, where 10 percent of films were Kickstarted. "There’s going to be twists and turns to that, and it’s going to take some time. That’s what’s so exciting about it, that’s why it’s fun."

Unfortunately for the founders, the most successful projects to date have used Kickstarter like a store. The two largest projects, Pebble ($10,266,845) and Ouya ($8,596,474), have both shipped full products to backers. There were repeated delays, and Ouya had negative early reviews, but they both delivered products to customers who pre-ordered.

Still, the most successful projects to date have used Kickstarter like a store

Pebble and Ouya are great attention-getters for Kickstarter, but their stories also tend to reinforce the pre-order mindset and obfuscate the nuances of rewards-based crowdfunding. The immersive virtual reality headset Oculus Rift, which raised $2,437,429, is poised to be the next massive-impact Kickstarter project. The vast majority of its backers pre-ordered the "prototype headset."

"It’s always our job to educate people on how the system works and the nature of what this is," Strickler told The Verge in January. "I think that there’s a learning process that’s happening where we’re all figuring out how long it takes to make things. When you use some item you don’t think about what went into making it, you just imagine that someone plucked your iPhone off a tree."

Kickstarter is still new and weird, and that kind of education takes time. It will take a few more Haunts to remind backers not to think of their contribution as a pre-order. And maybe a few more blog posts.