Fiat 500e, with affordable lease and 87-mile range, may just be the best EV for normal people

Fiat 500e, with affordable lease and 87-mile range, may just be the best EV for normal people

An electric vehicle for the everyman doesn't look so far off anymore. Earlier this week, Fiat announced pricing information for the 500e, an all-electric version of the company's iconic compact. It starts at a somewhat pricey $32,500 (considering the base gas model starts at $16,000), but the company has worked to make the lease option imminently affordable compared to the price of other EVs. A three-year lease will cost $199 per month with $999 due at signing — the exact same lease offered for a similarly-equipped, gas-powered 500 Pop. To sweeten the deal, the car will come with a voucher for 12 days of unlimited-mileage rental car access per year for the first three years, through Enterprise. 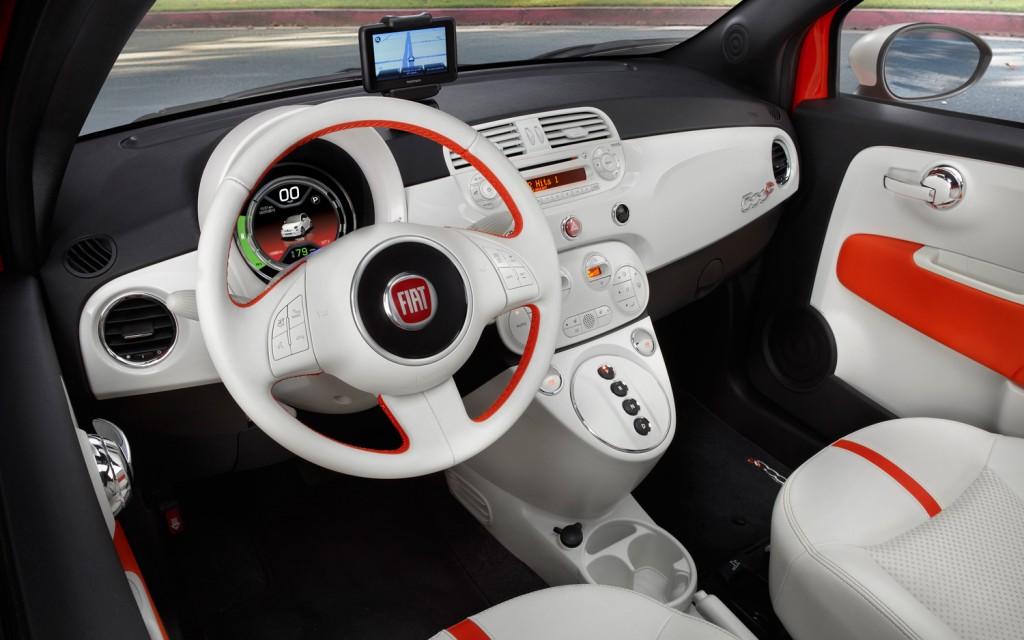 The pricing is certainly good news for those with less-than-astronomical incomes, but the vehicle itself is promising as well. It's equipped with a 24 kWh battery pack, which gives it a range rated at 87 miles per charge. That's more than almost every other electric vehicle available today, excepting the exorbitantly-priced Tesla S and the low-volume Toyota RAV4 EV. It'll charge in speedy 4 hours from a 240V outlet, while a typical 120V socket will take 23 hours to complete. Performance, according to initial driving tests, is good as well. Wired notes that, at 57:43 front-to-back, the weight distribution of the car is significantly improved thanks to that heavy battery pack in the rear — giving handling a boost. The 83 kW electric motor, meanwhile, offers 111 horsepower (a bit more than the gas-powered 500), which takes the car to 60mph in 9.1 seconds. Thanks to the instant torque offered by EVs, however, it'll feel quite a bit speedier than that.

The 500e will only be available in California when it goes on sale sometime this May, but it appears those considering an EV purchase in the future would do well to pay attention to it.