Nintendo revives classic Super NES franchises: 'Link to the Past' sequel coming to 3DS, 'Earthbound' to Wii U

Nintendo revives classic Super NES franchises: 'Link to the Past' sequel coming to 3DS, 'Earthbound' to Wii U

Nintendo may draw criticism for milking its time-honored and hugely successful franchises like Mario and Zelda, but we have a hard time taking issue with its latest revival. The company just announced that a direct sequel to 1992's Super NES classic The Legend of Zelda: A Link to the Past will be coming to the Nintendo 3DS in time for the holiday season. There's precious little information available at the moment, but the game's graphics are being updated to a more modern, 3D-capable style while the gameplay largely appears to mimic the classic top-down Zelda style.

Nintendo's press release does mention the ability for Link to become a "drawing" and slide across walls — you can see that in action in a Facebook screenshot gallery which also shows off some familiar foes from the 1992 original. While we might have preferred if the new Zelda used a graphic style more in line with the original game, it's hard to take issue with a a new entry into the famed series. 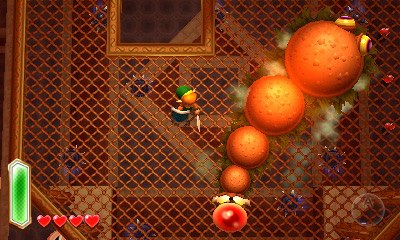 A Link to the Past isn't the only SNES-era title seeing a modern revival — Nintendo also announced that the 1995 title Earthbound will be available on the Wii U virtual console later this year. Earthbound was a unique spin on the JRPG genre that became a cult classic; it was the only game in a series of three to see release in North America. Lastly, Nintendo is also releasing the third installment of the Yoshi's Island series which began on the SNES in 1995 and expanded to the Nintendo DS in 2006. Details around the latest Yoshi's Island are also sparse at the moment — there's no release date or gameplay details available yet aside from "a host of new actions" using the 3DS's features.