After 14 years of sitting on a piece of gaming history, someone claiming to be a former Sega employee is breaking the silence, posting what he claims to be photos of the long-rumored Sega Pluto prototype console. Posted on Assemblergames.com, the machine is a modified Sega Saturn (it even has the Saturn logo) with a built-in 28.8Kbps NetLink connection for web browsing and email. The shell of the device has been majorly redesigned, with a flip-top lid on the optical drive instead of the pushbutton mechanism on the Saturn, and the poster, named Super Magnetic, describes it as "a beast… definitely the heaviest console I’ve ever held in my hands." 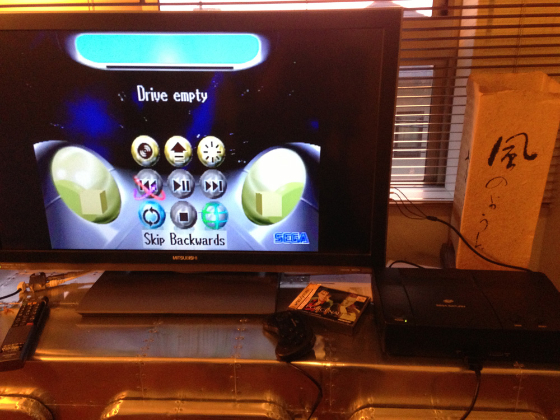 The Pluto reportedly runs, although region incompatibility (the poster is in Japan but the Pluto is USA NTSC) has stopped him from testing an actual game. And his lack of a land line also makes it impossible to test the NetLink functionality, at least for now. But if you’re thinking about tracking down a Pluto prototype on eBay to play your old copy of NiGHTS, forget about it — there are only believed to be two in existence.

Update: If there really are only two Pluto consoles in existence, it would appear that they're now both accounted for — a Destructoid reader says he owns the other model, which was apparently bought for $1 at a flea market around five years ago.