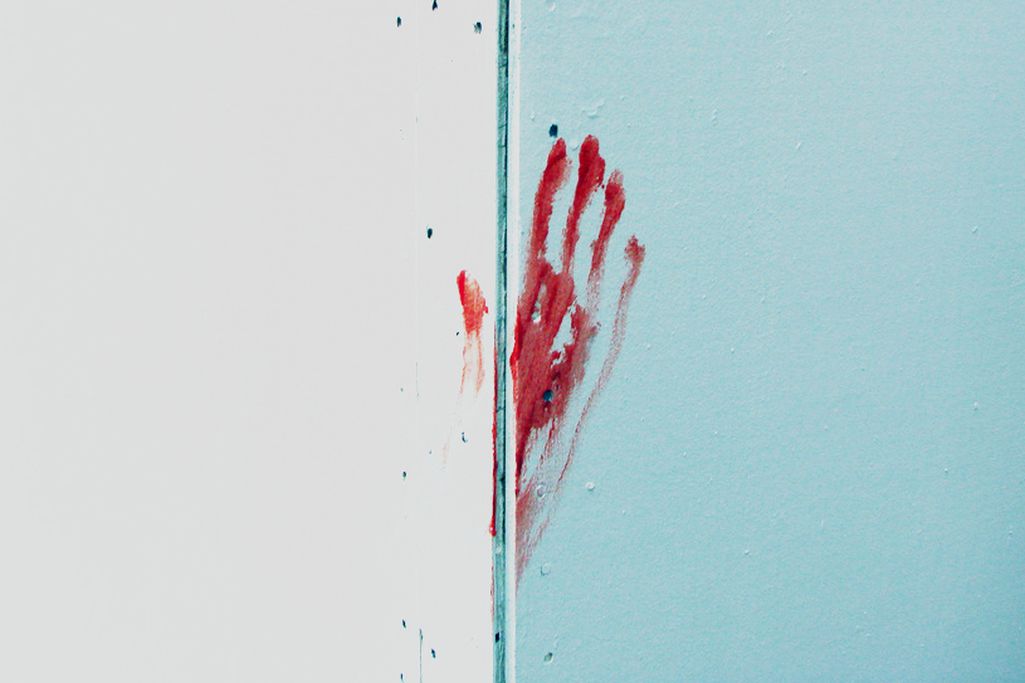 “What disturbs me is I smashed his mouth off, I smashed his teeth in, but he still wanted to continue in the attack mode. I was terrified at [its] resilience.”

This gory description could have been one of many zombie survivor stories from the novel World War Z, but it’s actually a man’s factual description the tenacity of a rabid raccoon he beat to death with a hammer in the non-fiction book Rabid. Many people are familiar with Max Brooks’ 2006 best-seller World War Z: An Oral History of the Zombie War (soon to be a film starring Brad Pitt), a novel about a global pandemic. People are probably less familiar with the 2012 non-fiction book by Wired Senior Editor Bill Wasik and veterinarian Monica Murphy, Rabid: A Cultural History of the World’s Most Diabolical Virus 9 (a 5,000 word excerpt can be found here). If Rabid walks us through humanity’s two thousand year history of trying (and failing) to cure this horrifying disease, World War Z shows us what the consequences of failing could be.

Connecting zombies to rabies isn’t a stretch, it turns out. Rabies is a real and terrifying neurological disease that, when contracted in humans, can make the victim appear zombie-like (fatigue, vision disturbances, slurred speech, loss of coordination) and, if the infection reaches the brain, it is one of the few diseases that is 100 percent fatal and for which there is still no known cure. Once bitten by an infected animal, the human victim begins showing symptoms much like the flu, becoming weak, feverish, and plagued by headaches for several days. If caught in the early acute stages, the virus can be treated with a vaccine and human immune globulin injections, but left untreated, the victim will begin exhibiting stronger feelings of anxiety and confusion, alternating between mania and sluggishness. As the virus spreads and infects the central nervous system, delirium and hallucinations set in, leading to death and the brain and spinal cord ultimately become fatally inflamed. The most recent World Health Organization numbers, updated in 2013, show that there are still over 55,000 deaths due to rabies every year, primarily centred in Asia and Africa. Fewer than five cases are reported per year in the US.

If World War Z weren’t so liberal with the use of the word zombie, one could be lulled into thinking it’s a non-fiction book. Told through a series of interviews with survivors of a global pandemic ten years after the initial outbreak, the novel’s clinical approach was inspired by Studs Terkel’s oral history of World War II, The Good War. While Max Brooks’ previous book Zombie Survival Guide was packed with practical knowledge (“The trench spike is the best compact anti-zombie weapon on earth”), World War Z opts for a more analytical perspective and a series of unreliable narrators. It begs the reader to think harder about the subject than they might otherwise. Where World War Z entertains, Rabid educates. 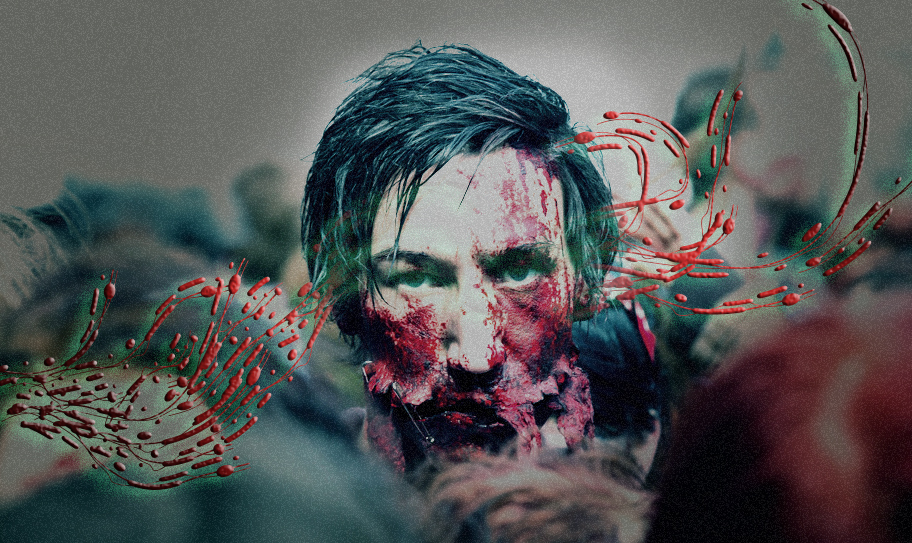 Viral histories of the undead

In 1953, Richard Matheson, inspired in part by the movie Werewolf of London, wrote the iconic novel I Am Legend (yes, the one that became the Will Smith movie). It was a novel nominally about vampires, but not the rural cape-wearing paramours popular up until then. Matheson pitted a lone protagonist researching and testing a cure for a global pandemic that created a horde of base, animalistic vampires. Sound familiar? Matheson’s vampires are the embryonic version of the modern day zombie. Zombie master George Romero even admits he “basically ripped off” Matheson in writing one his first short stories about a dystopian world of the undead.

In Rabid, Bill Wasik and Monica Murphy actually name check World War Z in a chapter-length overview of the history of zombies and how they connect to rabies through their sister-monster: the vampire. Yes, zombies, part of our culture for less than a century, find their roots in the thousands of years old myths of vampires. There’s not just a casual relationship between the virus and the monster: zombies and their much older cousins, vampires, share a causal connection.

Spanish physician Juan Gomez-Alonso explains four connections between rabies and vampire myths in a 1998 Neurology journal article, the most obvious being infection through the blood via bites. Rabies victims also often suffer from facial spasms, lending them an animalistic appearance. The third connection is the time frame: vampire lore had them living for forty days before being turned, the same amount of time it usually takes for the victim of a rabies attack to die after their initial bite. The final connection is probably the most surprising: sex drive. The insatiable sexual desire that’s a trademark of both traditionally gothic and sparkly modern vampires can also be traced to rabies. Male rabies victims often get involuntary erections and have spontaneous orgasms. Unsurprisingly, this was not often spoken of outright, but was alluded to in much of the early medical literature, with one eighteenth century Austrian physician noting “his seed and his life were lost at the same time.”

The myth of vampires, imbued with traits of rabies victims, was popularized long before we fully understood rabies. Even further back than the vampire is a tale that is part myth, part metaphor: in Homer’s epics, the Trojan hero and Achilles’ foe Hector has a strong fury akin to primal possession that made him terrifying and superhuman on the battlefield. The word used to describe his state is lyssa. As Wasik and Murphy describe it in Rabid: “Lyssa was rare, terrifying, violent, and animalistically destructive of self. It made creatures maim and kill those closest to them. It hollowed out reason and left nothing but frenzy.” In Attic Greek (the prestige dialect of Ancient Greek that was spoken in Attica) lyssa literally translates to rabies. World War Z has its own version of the lyssa crazed warriors: quislings. Quislings were once humans, reduced below a feral state into thinking and acting as zombies. It’s an involuntary coping mechanism on the part of some weak-willed percentage of the population. They were so ingrained with the idea they were zombies, they’d lay motionless while they were eaten alive.

We personify and mythologize what we fear to try to understand it in whatever way we can. 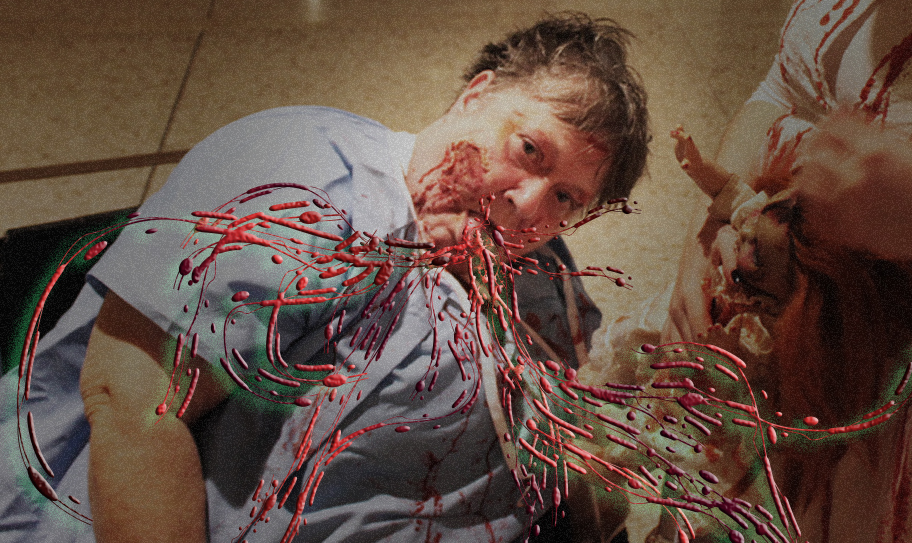 Considering the high (100 percent) rate of fatality for rabies in the advanced stage, it’s seen its own share of placebo ‘cures’ throughout the ages, most of which have amounted to a mixture of palliative treatment and wishful thinking. Ancient recommended treatments outlined in Rabid include bleeding and then cauterizing the wound with clarified butter which the patient would then drink, applying a sesame paste to the wound, and then being fed a cake made of rice, roots, and leaves. The cauterization and bleeding make as much sense as anything, the rest is a comfort.

Even today the best treatments are still unproven. In 2004, 15 year-old Jeanna Giese was transferred to the care of Milwaukee physician Rodney Willoughby who confirmed with the Center for Disease Control (CDC) that she had rabies. Knowing there was no proven effective treatment, he proposed something unorthodox: since rabies seems to kill the brain faster than it kills the body, put the patient into a medically induced coma to give the body a fighting chance to kill the disease on its own. To everyone’s surprise it worked. No one knows whether it was the coma, the drug used, or Jeanna’s innate predisposition to survive. But after a week-long coma and several weeks of rehabilitation, Jeanna was able to leave the hospital. This treatment is now called the Milwaukee protocol.

World War Z never specifies exactly what disease caused the zombie plague or whether a cure was developed. One chapter, however, features a pharmaceutical bigshot who had developed a vaccine that turns out to be a glorified placebo.

“We knew it would work against rabies, and that’s what they said it was, right, just some weird strain of jungle rabies. […] We never lied, you understand? They told us it was rabies, so we made a vaccine for rabies. We said it had been tested in Europe, and the drugs it was based on had been tested in Europe. It protected them from their fears. That’s all I was selling.”

Just because the “cure” in World War Z may have been a placebo doesn’t mean it wasn’t a panacea. For people who took the placebo and who were then bitten by quislings, the zombie play-acting humans, the fact that they didn’t become infected was enough to stave off a national panic. Which goes to show, as anyone who’s seen the destruction caused by panic will tell you, a placebo can be almost as good as a cure.

World War Z doesn’t attempt to cure the zombies of their rabies-like disease, with author Max Brooks preferring to find hope in the silver lining of a society ably adapting to a world with zombies.

Which is why the scariest part of either book is this section towards the end of Rabid about where rabies research stands today, despite some early success with the Milwaukee protocol:

“Nevertheless, the medical establishment remains largely skeptical. At the time of his original publication, Willoughby declared his intention to set up animal studies to test some of his claims. […] Six and a half year later, these studies have yet to materialize. The basic reason is financial: Willoughby has not received enough funding to undertake the research himself, and meanwhile no other rabies researcher has made such efforts a priority.”

A deadly but overlooked disease. No money for scientific research. A lone doctor throwing up his hands. The medical establishment turning away from him.

… Isn’t this how zombie movies start?