Facebook found a successful recipe when it launched a commenting system that could be incorporated on third-party websites, and now it appears Google+ is following its rival's footsteps — or at least starting to. Today Google is allowing Blogger users to integrate Google+ comments on their website. One benefit of the new functionality is deeper customization options for who will see a visitor's input — comments can be public or limited to select circles.

Beyond that, however, there's another major benefit: Google says that Blogger will also display discussions on Google+ that pertain to a user's post. "For example, if there's a public Google+ discussion about one of your blog entries, those comments and replies will also appear on your Blogger site. This way you can engage with more of your readers, all in one place," the company writes. Google's own announcement post serves as evidence of how this could be useful, already tallying over 100 responses. The integration looks fairly slick, and though Google hasn't announced as much, it's not hard to imagine Google+ comments — already available to WordPress sites — spreading to other platforms and (eventually) perhaps the web at large. 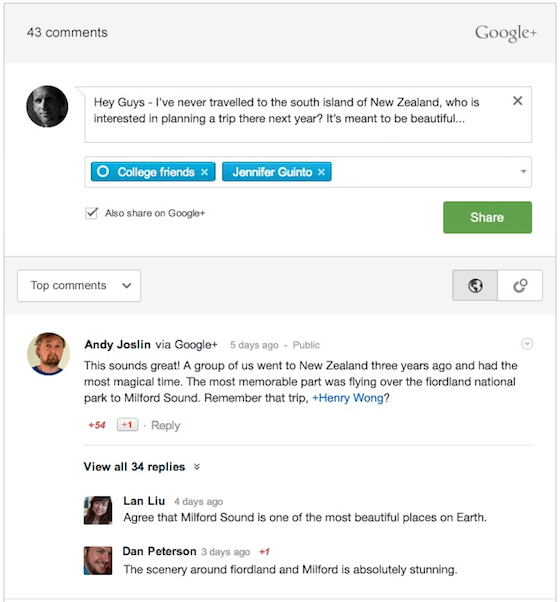