As authorities continue their relentless pursuit of Boston Marathon bombing suspect Dzhokhar Tsarnaev, another type of investigation has been developing online: a hunt for any digital footprint Tsarnaev might have left in the days and months preceding Monday's tragedy. Now, after the "uncovering" and subsequent dismissal of numerous fake accounts, it appears the 19-year-old's legitimate Twitter presence has discovered.

BroBible was first to reveal the @J_tsar account, owned by a user named Jahar, and the evidence pointing to its authenticity is quickly piling up. Aside from BuzzFeed claiming to have verified the account as genuine, numerous posts authored by Jahar line up with Tsarnaev's background; more than once, he mentions his Chechen heritage. He attended Cambridge Rindge and Latin School, the same high school as the FBI's suspect. An old profile picture closely resembles Tsarnaev. 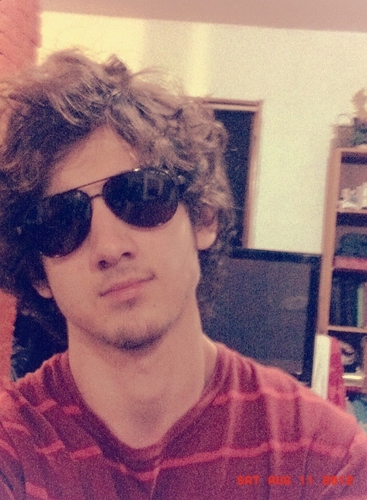 how i miss my home land #dagestan #chechnya

Another tweet tells us that, much like the young man currently on the run, this individual has spent approximately a decade living in the United States. A photo of Jahar shows him wearing wrestling shorts with Rindge's logo — Tsarnaev was known to excel at the sport. And a tweet from May 2012 makes clear that the account owner's name is in fact Dzhokhar.

tat my name on you girl so i know it's real oh and make sure to spell it right, its spelled Dzhokhar

Glossing over the whole of J_tsar's Twitter activity, you'd be hard-pressed to tell him apart from most other 19-year-olds. There are references aplenty to TV shows, junk food, and weed. Jahar reveals himself to be a fan of Breaking Bad and rap. But beyond the pop cultural postings, there's also insight pointing to his faith. Jahar's first direct mention of Islam came in December of last year. "Brothers at the mosque either think I'm a convert or that I'm from Algeria or Syria, just the other day a guy asked me how I came to Islam," he wrote. From there, the mentions of his religious affiliation ramp up, but are still far outweighed by other, less serious posts. Nowhere in his Twitter timeline does Jahar share views that resemble radicalism. In fact, he seeks to defend Islam on occasion from those who associate the religion with terrorisim.

I don't argue with fools who say islam is terrorism it's not worth a thing, let an idiot remain an idiot

Jahar also got political on occasion, revealing himself to be a supporter of the 9/11 truther movement and retweeting President Barack Obama's election victory message. But after more than a year posting about college, his friends, and other subjects, earlier this month @J_tsar's deposition took on a decidedly different tone. In two tweets that will undoubtedly see intense scrutiny, Jahar first says, "If you have the knowledge and the inspiration all that's left is to take action." That popped up on April 7th, exactly one week ahead of Monday's bombing. "Most of you are conditioned by the media," he would follow up on the 10th.

Idk why it's hard for many of you to accept that 9/11 was an inside job, I mean I guess fuck the facts y'all are some real #patriots #gethip

Should this prove to be Tsarnaev's account, it seems his alleged actions in the Marathon attack didn't discourage him from tweeting. "I'm a stress free kind of guy," he posted Tuesday night. Jahar's last Twitter interaction would come on Wednesday, when he quoted Muslim scholar Mufti Ismail Menk.

Attitude can take away your beauty no matter how good looking you are or it could enhance your beauty, making you adorable.

As for those who reportedly knew Jahar, many seem to be in disbelief with his implied role in the terrorist attack. To them, he didn't have the makings of the man who set down that bag loaded with a bomb on Boylston Street. It seems those who interacted with Tsarnaev are torn trying to distinguish between the friend they remember and the person who carried out such a sinister act.

It can't be Jahar. I'm in complete and utter shock

@mr_wallabeez he was cool bro , average dude like me and you

He always had a smile on his face.. what happened?