For years, the diagnosis of mental illness has largely relied upon one book — the Diagnostic and Statistical Manual of Mental Disorders, or DSM. Published by the American Psychiatric Association (APA), the DSM offers detailed classifications and criteria for conditions like depression, anxiety disorders, and schizophrenia. Psychiatrists around the world consult it when treating patients, insurance companies use it to verify reimbursement claims, and criminal investigators use it to assess a suspect's mental health.

Today, the DSM is widely referred to as the "bible" of psychiatry — but not everyone is a believer. The book has undergone four major revisions since first being published in 1952, with each one drawing varying degrees of criticism. The book's forthcoming fifth edition, known as DSM-5 and due to be published in May, has sparked a particularly fierce debate, prompting accusations of bias and recklessness on the part of the APA, and even eliciting calls for a boycott.

"I think the country is suffering from a glut of overdiagnosis and overmedication," Dr. Allen Frances, a professor emeritus at Duke University and outspoken DSM-5 critic, said in an interview with The Verge. "This has nothing to do with symptoms and everything to do with labeling."

The major argument from Frances and others is that the DSM-5 lowers the thresholds for many diagnoses, and broadens the definitions of existing mental illnesses. Doing so, they argue, will exacerbate what many consider alarming trends in overdiagnosis and overmedication. Among the book's most controversial revisions are proposals to broaden the definition of depression, and to categorize childhood tantrums as a bona fide disorder.

Each revision to the DSM is determined by a task force of doctors and researchers. Initially conceived as a reference book to standardize the terminology of known mental illnesses, the document eventually morphed into a more formalized diagnostic guide, beginning with the DSM-III in 1980. Dr. David Kupfer, a professor of neuroscience at the University of Pittsburgh School of Medicine and co-chair of the 31-member DSM-5 task force, says that the book provides professionals around the world with a common language, describing it as an "invaluable tool."

"for the DSM to masquerade as the public face of psychiatric science is ludicrous."

He insists that the book remains an "evidence-based manual," noting that the task force published its proposed changes for professional and public review on two occasions before finalizing this latest edition. But Dr. Edward Shorter, a social historian of medicine at the University of Toronto, says that DSM deliberations have historically been more about "horse trading" in the name of consensus rather than scientific analysis.

"Each person [on the task force] says, 'you approve my diagnosis, and I'll approve yours,'" Shorter explained, noting that the scope of the DSM's official disorders has nearly tripled since its first edition. "This is normally not the way we do science. We didn’t have a consensus conference to find the speed of light."

He adds that "for the DSM to masquerade as the public face of psychiatric science is ludicrous."

The book's revisions won't be official until its May 22nd release, but several major changes have already been confirmed. One of the most contentious is a new disorder called "Disruptive Mood Dysregulation Disorder"(DMDD) — a diagnosis for children aged 6 to 18 who exhibit "temper outbursts that are grossly out of proportion in intensity or duration to the situation." The idea is to stem the misdiagnosis of child bipolar disorder — a condition of dubious scientific merit — though some say that its broad language could incorrectly label youthful temper tantrums as symptomatic of a deeper problem.

Another proposal calls for the removal of the "bereavement exclusion" — a provision in the DSM-IV that drew a distinction between depression and grief following the death of a loved one. The exclusion was nixed based on evidence that grief-related depression can be conflated with normal depression, but skeptics say it could encourage doctors to medicate away an otherwise natural emotion. Under the APA's new classification, patients still grieving two weeks after a funeral could be considered for a diagnosis of depression.

Frances, who served as chairman of the DSM-IV task force, is widely recognized as the most outspoken critic of the APA's latest revisions. Like Shorter, he believes that the DSM-5 was largely based on unsound science and academic politics, and has taken issue with the strict confidentiality under which the proceedings unfolded.

The decision to remove the bereavement exclusion, he says, is just one example of the APA's "dangerous" push to label harmless human behaviors as disorders — in this case, by turning "normal grief into clinical depression." Such a provision, he writes, will present a "golden opportunity" for drug companies to launch unfounded campaigns about grief-related depression, thereby entrenching new financial interests that may be difficult to reverse.

Frances' campaign has spawned similar efforts elsewhere. The Society for Humanistic Psychology, a division of the American Psychological Association, launched a petition against the DSM-5 in 2011, echoing the British Psychological Society, which voiced similar concerns in a formal critique. In the US, some mental health professionals have even organized a boycott movement. Thus far, however, neither petition nor boycott have gained much traction, with both falling well below their stated goals. 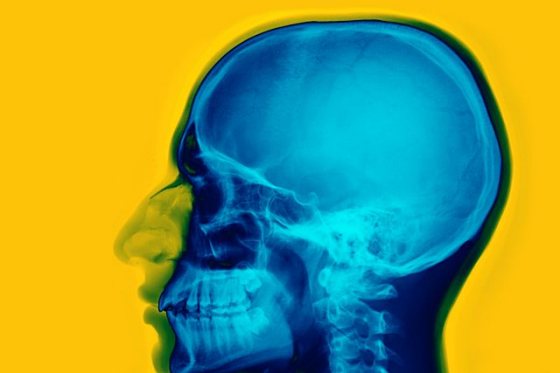 DSM supporters cast Frances and his fellow critics as an outspoken minority in the psychiatric world, claiming that their rhetoric is blown out of proportion. Even Shorter acknowledges that the proposed changes to the DSM-5 don’t mark a dramatic departure from those introduced in the DSM-IV — the edition that Frances oversaw. In December, Kupfer told reporters that the new manual would contain roughly as many diagnoses as its predecessor, dispelling claims that it would drastically expand the definition of mental illness.

Indeed, it seems as if Frances and other critics are using the forthcoming revision — the first in more than a decade — as an opportunity to attack the DSM and APA as an entity, rather than any specific set of changes.

"mental health professionals are not automatons."

Psychologist John Grohol argues that critics of the DSM-5 overestimate its influence on clinical practitioners. "The thing that critics don't seem to take into account is that mental health professionals are not automatons, they're not robots," he says. "They don't just look a diagnosis up in a book and then apply the criteria without any subjectivity. That's just going against everything we know."

Dr. Peter Dozier, a pediatric psychiatrist at the Children's Hospital of the King's Daughters in Norfolk, Virginia, says he consults the DSM at least "several times a week," but only to look up the diagnostic codes required for medical billing and insurance forms. He adds that although the book can be useful in teaching residents how to recognize certain clusters of symptoms, the DSM "does not occupy a holy place on my desk."

But Frances' concerns go beyond the clinic. He and his supporters warn that the DSM has become too powerful, and that its influence has spread into non-diagnostic domains. Some health benefits, for instance, are determined according to whether or not a patient is diagnosed with a DSM-approved disorder, as are court decisions on a suspect's mental state. In January, a Missouri man filed a lawsuit against the APA and the St. Louis police department, claiming that officers wrongfully placed him in a mental institution on the basis of the DSM's diagnostic criteria.

Some say that a better alternative would be to adopt the World Health Organization's international standards, or to do away with the DSM altogether and start from scratch. But as Grohol points out, establishing the causality between overdiagnosis and a single book can be a daunting, if not impossible task.

"A publisher can't be held responsible for how people use or misuse something they publish," he explains. "That's just not American."