We're just a few days away from Facebook's big Android-focused event at which the company is expected to introduce an HTC phone with a Facebook-specific app launcher. Now, we're seeing an image that could be the first look at the device itself — it appears to be called the HTC First. However, it's hard to say yet that this image is what we'll be seeing on stage Thursday. For starters, some quick analysis shows that the HTC First logo was likely just Photoshopped into the image (see below). 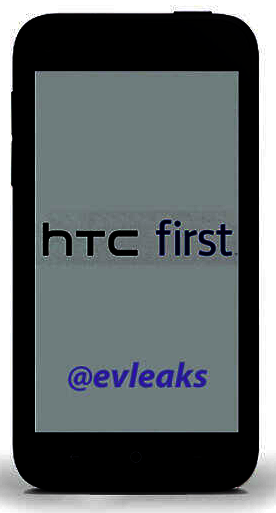 The phone itself also looks extremely generic — there's no HTC branding to be found and it really just looks like a slightly tweaked iPhone. On the other hand, the image came from @evleaks, one of the more reliable sources for phones ahead of launch. It also matches up with a description from 9to5Google, who heard last week that the phone would be reminiscent of the iPhone with a home button centered at the bottom. We also found out yesterday that the device would be a mid-range phone. It's hard to say yet whether or not this image is legit, but we'll find out in just a few short days.

Update: Another image of the alleged Facebook phone has been posted to the internet, this time to evleaks' Weibo account. The new image, seen below, indicates that the phone will be available in a variety of colors other than standard black, including white, cyan, and red. 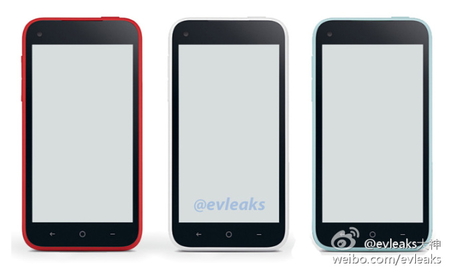