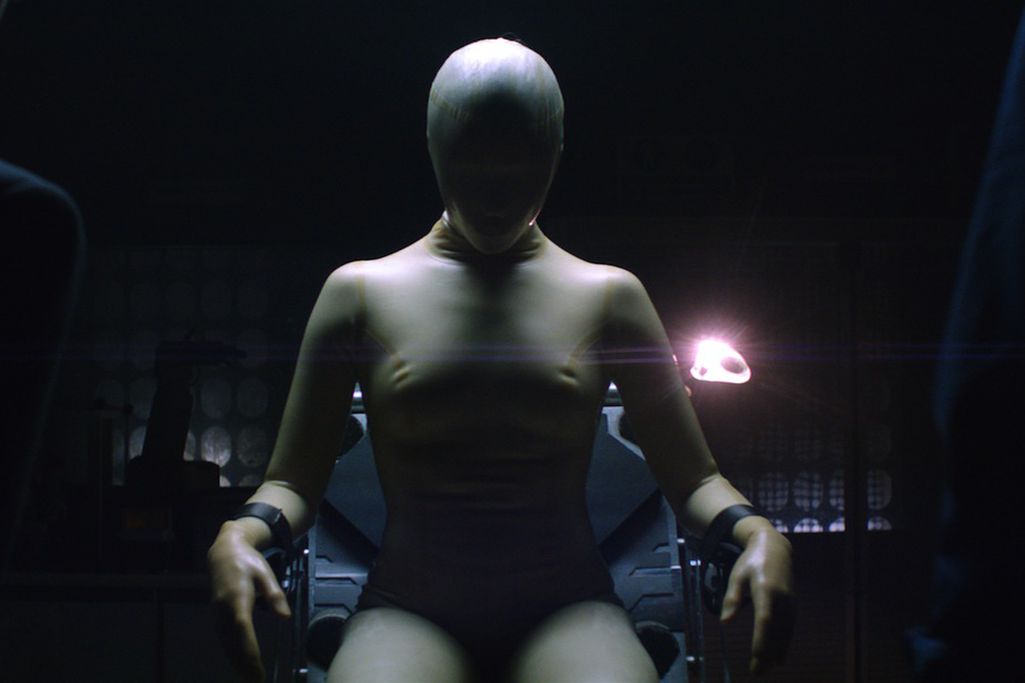 We live in an age where smartphones can tell us when we need to leave for the airport and Turing test competitors inch ever closer to a passing grade, but true artificial intelligence remains out there on the horizon, frustratingly out of reach. At the Tribeca Film Festival a new sci-fi action film imagines one way we might finally achieve that goal — and some of the moral and ethical problems we might not see coming. It’s called The Machine, and you’re going to want to see it.

The second feature from writer and director Caradog James, the film tells the story of Dr. Vincent McCarthy (Toby Stephens). It’s the near-future. A cold war with China has pushed the Western world into a continued economic depression, and building the first intelligent machines has become the new space race. McCarthy works for the United Kingdom’s Ministry of Defense, designing implants for brain-damaged soldiers. He’s a brilliant and driven man seemingly doing noble work — but there’s something darker there pushing him on. There’s also the matter of how well his research is going; there have been accidents along the way, and he’s treading in a particularly grey area of the moral spectrum.

Behind the camera, James hits all the right genre notes right from the start. The cinematography screams moody sci-fi classic — all backlighting and anamorphic lens flares — while the electronic score echoes Vangelis for a true Blade Runner vibe. (It also doesn’t hurt that the bearded Stephens bears an uncanny resemblance to Ridley Scott at times.) The eyes of the implanted soldiers even reflect strangely in the light. Yes, it brings replicants to mind, but it works.

Having reached a research dead-end — McCarthy and his team can’t come up with a machine that beats the Turing test — the scientist meets Ava (Caity Lotz). A researcher in her own right, she’s developed a computer that uses the conversations it has with humans to teach itself. Brought into the inner circle, Ava quickly discovers the Ministry of Defense is trying to build an android super soldier. McCarthy and his team can make lifelike limbs and bodies with superhuman strength — they just need to find a way to bring a completely artificial brain to life. With Ava and her computer, they think they have the final missing pieces.

Before you can say Robocop, Ava is fatally injured, and McCarthy decides to take a shot at creating his android based off Ava’s likeness and brain scans. The result is an indestructible physical clone of Ava simply called The Machine. It has a child-like grasp of the world at first, but it quickly begins to process and learn — and it insists that it’s alive. "Apart from their flesh," it asks about people, "what makes them any different than me?" 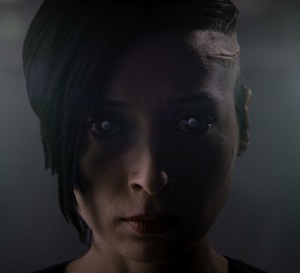 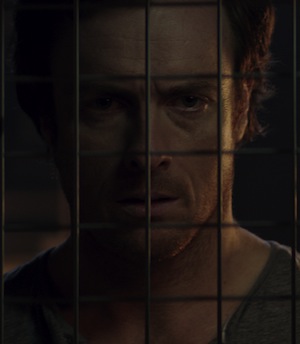 Complicating matters is McCarthy’s boss Thomson, played by Denis Lawson — better known as Wedge of Star Wars fame — who thinks that the intelligence of The Machine may be more of a problem that an asset.

The Machine asks a number of fundamental questions along the way. McCarthy may help brain-damaged soldiers with his implants, but they’re not their true selves — is that a worthwhile fate? The Machine can think and feel, but is that enough to consider it an actual living being? Furthermore, what’s the role for humanity once we’ve created machines that could be considered our superiors? "They are part of the new world," The Machine tells McCarthy, describing the bio-implanted soldiers. "You are part of the old."

This isn’t the first movie to explore these concepts, of course, but The Machine does so deftly largely due to the performances of the two lead actors. Toby Stephens brings just the right touch of world-weary, wounded humanity to McCarthy, and Lotz — in her dual roles of Ava and The Machine — is able to sell both the human innocence of the new creation as well as its colder side. She also demonstrates some impressive physical skills, performing all of her fight scene choreography herself.

It’s all accompanied by some impressive visual effects work for a smaller, independent film — The Machine’s creation sequence is particularly disturbing — and claustrophobic production design that combines minimalist environments and realistic near-future technology. McCarthy’s brain-scanning apparatus is a clunky helmet with pulsing lights, and while transparent touch interfaces abound they feel more realistic than Minority Report’s sweeping hand gestures ever did.

For all that excites there are moments that strain credibility — or feel like tired action movie fallbacks. It’s hard to imagine someone as smart as McCarthy wouldn’t see his boss’ machinations coming, and one particular subplot — I’ll refrain from further detail to avoid spoiling the ride — is a shoe waiting to drop from the moment it’s introduced. The film eventually devolves into a fight-and-chase climax, and while somewhat necessary from a plot and even thematic perspective, it’s a little frustrating that the The Machine doesn’t find a more inventive way to bring things to a close. It’s not that it doesn’t work, but after setting up such interesting quandaries the climax feels like an easy out in comparison.

The final scene makes up for almost all of those flaws, leaving the audience with a satisfying ending while still leaving the larger moral questions unanswered. New technology is leading us down a path where moral responsibility must be almost constantly questioned, and that’s only going to accelerate as we continue to make advances. As for Caradog James’ further thoughts on the topic, there was already talk of a Machine follow-up at the world premiere screening last night. If and when it happens, I’ll be there opening day.

Distribution for The Machine is still being finalized.