Can the X100S run with the best cameras today or is it just stuck in the past?

Retro is so hot right now. Mad Men is on its sixth season and still pulling in huge ratings. The Great Gatsby is due to hit theaters next month, with a period-correct 1920s setting. And Fujifilm's new X100S, an update from 2010's X100, is one of the most retro inspired cameras we've seen to date. But despite its throwback look and feel, it has all the capabilities one would expect from a modern digital camera. Available now for $1,299.99, the X100S is one of the latest entries into the increasingly crowded high-end fixed lens compact camera segment.

At that price, you wonder who this camera is for, exactly. It's a bit out of the price range of the average camera buyer, and the camera's looks beg to be used by a photographer who knows what they're doing. But can the X100S take the place of a pro's rig when on the go? Is the X100S just a novelty toy for those that wish cameras were what they used to be? I've spent the past couple of weeks with the X100S to find out.

The X100S (and the X100 that preceded it) looks like it was just lifted out of 1965. (On more than one occasion during my time reviewing it, people noted that it looked like their dad's old camera.) Luckily, they made beautiful cameras back in 1965, and I’m a big fan of the X100S’ aesthetics. It seems that many of the people that I’ve shown the camera to are as well. A true rangefinder, the X100S features a die-cast magnesium top and base with polyurethane (not leather, unfortunately) inserts to provide grip when handling it. While it feels solid and well-constructed, the build quality doesn't quite match the Sony RX1, another high-end fixed lens compact camera. On the back of the camera is a 2.8-inch, 460,000-dot LCD and a smattering of controls, including the new Q button for quick access to commonly changed settings, while metal exposure compensation and shutter speed dials flank the shutter button on top of the camera.

The most unique and interesting feature of the X100S is its hybrid viewfinder, which can be switched between a traditional optical viewfinder and a high-resolution electronic viewfinder via a switch on the front of the camera. The pass-through finder features overlays that can display things like focus points, parallax offset, exposure settings, and horizon meters. It almost feels like something from a science fiction movie, like you are looking through Tony Stark’s Iron Man helmet. The EVF mode can show a whole host of information in addition to what the optical finder offers, as well as things like white balance and actual exposure for a scene. Both options worked well, though the camera was faster and more responsive with the optical finder. Due to the viewfinder being separate from the lens itself, the optical viewfinder can have some perspective issues when you are photographing close subjects, which is something you have to be conscious of when framing or your subjects’ heads might just get cut off. This is something that you find on any rangefinder camera, and while it takes some getting used to, the guidelines in the viewfinder help steer you in the right direction.

The X100S has just a single, fixed, 23mm f/2.0 lens with a manual aperture and focus rings. Annoyingly, the aperture ring only offers full-stop increments, which requires you to use a different control on the back of the camera to dial in more precise settings (the shutter speed dial on the top of the camera suffers from the same malady). The lens is significantly more compact that the 35mm Carl Zeiss lens mounted to the RX1, making the whole package of the X100S quite a bit slimmer. The X100s is easier to store in a shoulder bag or generous jacket pocket, but it can't really be called truly pocketable, however. The lens quality is impressive — images are sharp from edge to edge at any aperture, and there isn't any chromatic aberration or other imperfections to worry about. The lens also has a built-in, 3-stop neutral density filter that lets you take images with a shallow depth of field even on a bright, sunny day.

As with any fixed lens camera, you are limited to a single perspective for all of your shots on the X100S. Some may find this too limiting, while other photographers find that it forces them to be more creative with their composure and framing. Either way, one easy way to decide the X100S isn't the camera for you is if you need a lot of zoom — or any at all. 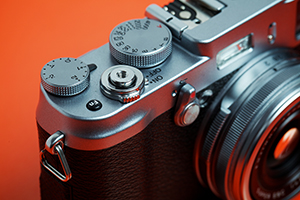 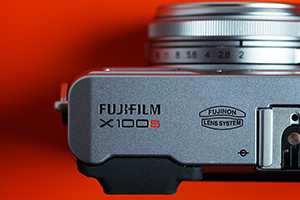 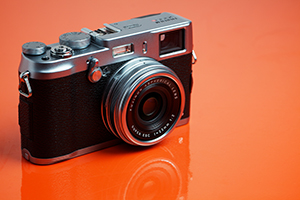 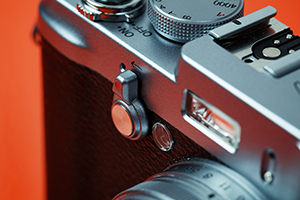 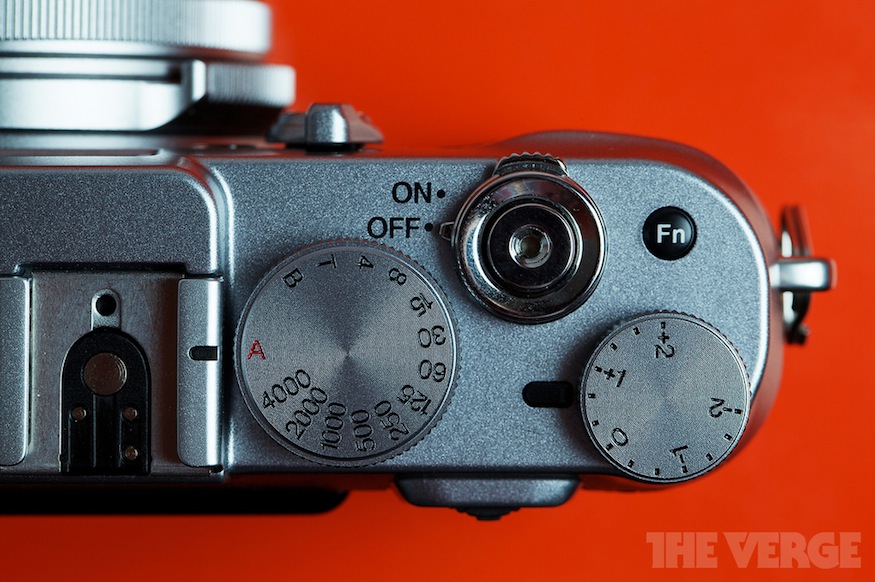 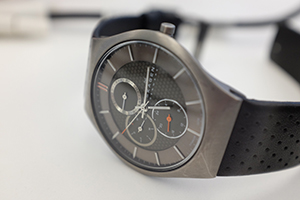 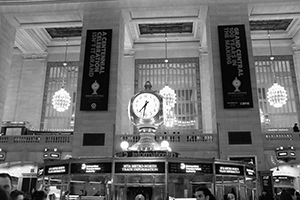 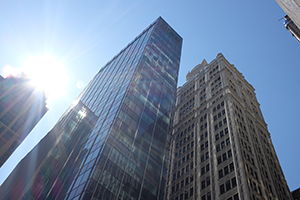 Behind the tack-sharp lens on the X100S is a new 16.3-megapixel APS-C X-Trans CMOS II sensor, which Fujifilm claims rivals full-frame sensors for resolution and low-light performance. Sure enough, in use the X100S more than held its own with regards to picture quality. Images were relatively noise-free and clear all the way up to ISO 6400, and even ISO 12,800 and 25,600 were usable in a pinch. Colors were accurate and well saturated without being cartoonish, but the images didn't convey the same "wow" factor that a full-frame camera offers, and it was rare that I was in a situation where I didn't feel like a less expensive camera like Sony's NEX-5R could pull off the same shot. That said, the X100S offers impressive pictures right out of the camera — most of the JPEGs it produced were very good and required very little in the way of post processing. The camera's white balance was also very accurate and reliable, something that even the best digital cameras still struggle with today.

In addition to upgrading the X100S' sensor, Fujifilm has also included a new EXR II image processor and autofocus system, which addresses the two major performance issues that plagued the X100. The X100S is a very quick, responsive camera — there's virtually no delay when turning it on and snapping frame after frame, and writing images to the memory card doesn't bring the camera to a halt (something the X100 had plenty of trouble with). Fujifilm also makes some bold claims about the X100S' new autofocus, which uses a hybrid phase and contrast detection system. The camera has the ability to switch between the two systems on the fly: it will use phase detection for speed, or contrast detection for accuracy in low light, depending on what you are photographing. The manufacturer boasts a top speed of 0.08 seconds to lock focus, and it definitely felt fast in practice, though it wasn't remarkably better than other cameras in its class and didn't feel any faster than a pro DSLR to me. The X100S also has a much improved manual focus mode over the X100, as it now has focus peaking to better display your exact point of focus.

The X100S uses a rechargeable battery, rated for about 330 shots between charges. In practice, it easily lasted all day for me, and it proved to be much less of a worry than the battery in the Sony RX1. Heavy duty shooters might want to invest in an extra battery for peace of mind, but most people won’t have to worry about it. 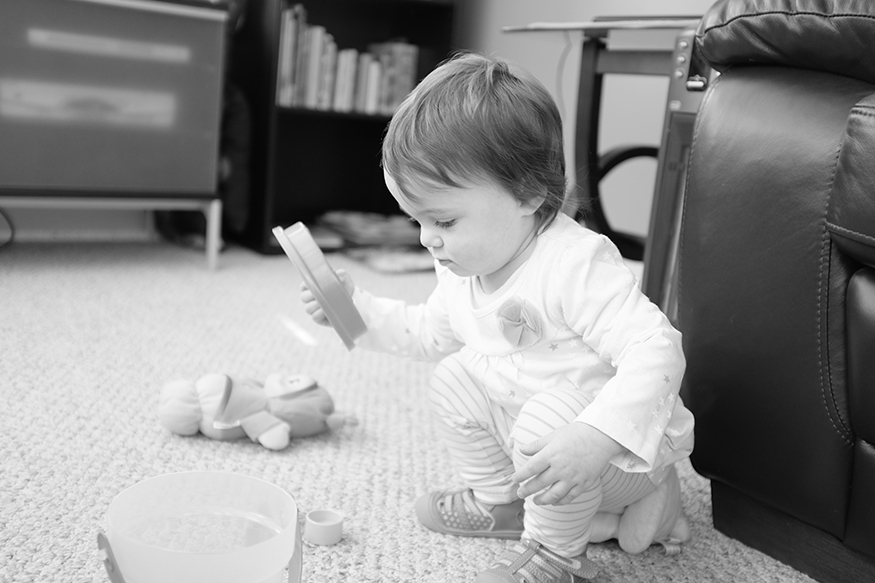 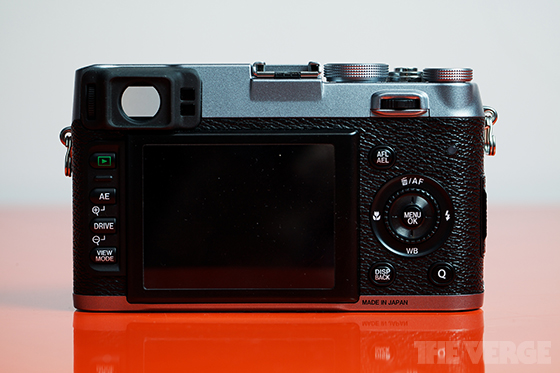 Shooting with the X100S is fun, provided you can get over the learning curve of its control schemes. As mentioned earlier, the aperture and shutter speed dials only offer full stop increments, so you have to use a secondary control with your right thumb to access more fine-tuned settings. Fujiflm has improved its controls over the X100, but I found them to be less intuitive than other cameras I've used in the past. But once you're past that warm-up phase, the X100S is an intimate camera that can produce great images again and again. Photographers with more experience behind manual cameras will adapt to the controls the quickest, and the optical viewfinder can be liberating for those used to staring at screens to frame your pictures. Fujifilm has included the usual filter modes seen on almost every camera these days, and there are a variety of black and white modes to choose from. The X100S can also shoot 1080p HD video, but unlike Sony's cameras, the video mode is very much an afterthought on the Fujifilm, as it is buried under menus and doesn't have a dedicated record key. Fortunately, the 60 fps video that the X100S captures is detailed and smooth, so it's definitely usable – it's just not what Fujifilm wants you to do with this camera. 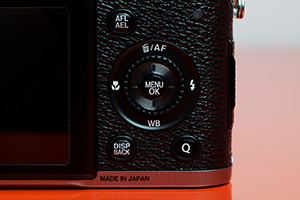 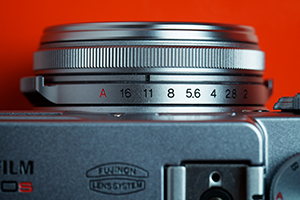 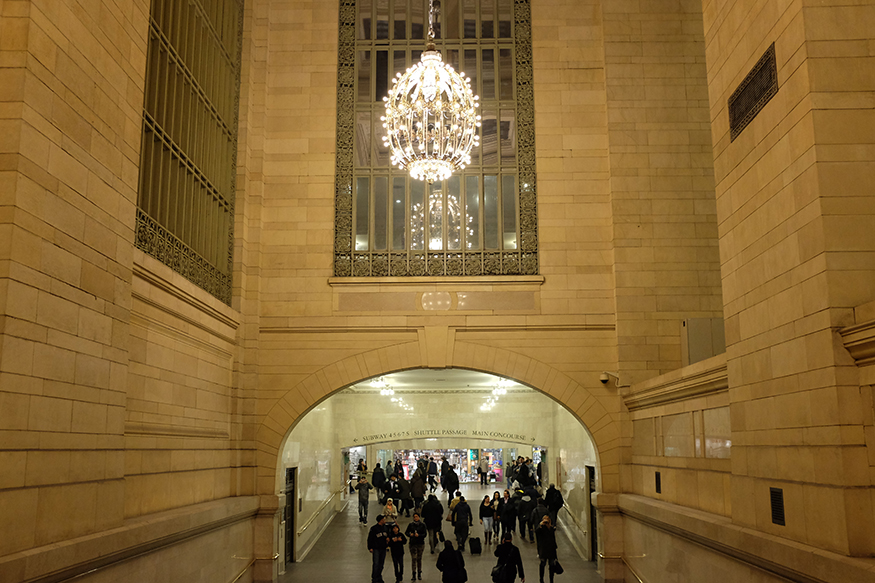 Our review of Fujifilm X100s 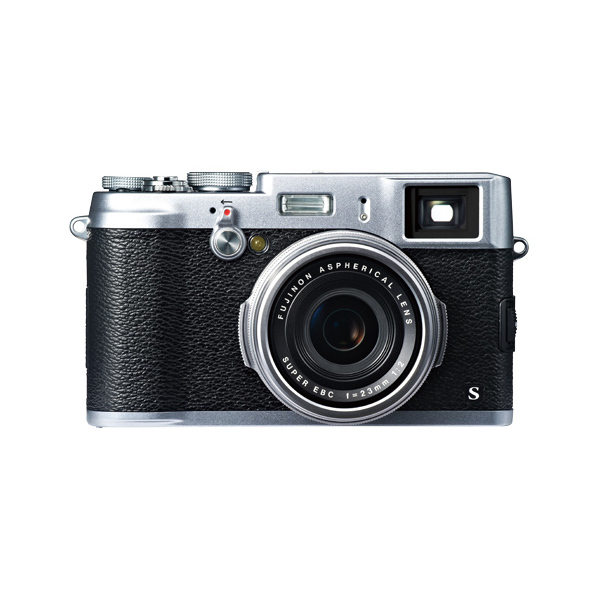 The X100S is an excellent camera, but I'm dying for a full-frame version

During my entire time with the X100S, I've struggled with who exactly this camera is for. It's not a camera that an average buyer can easily pick up and use, and its $1,299.99 price will keep most of those buyers away anyway. And for the hardcore photography enthusiasts with deep pockets, the Sony RX1 offers better controls and full-frame image quality — albeit at twice the sticker price. But the X100S does have its own charms, and its unique viewfinder and special features like high-speed flash sync may be just what some particular photographers are looking for. Furthermore, its strong picture quality and dense level of control make it a suitable companion for a pro photographer that doesn’t feel like toting their DSLR rig around all of the time. And really, can you get over those drop-dead gorgeous retro looks? For me, however, I'm holding out hope that Fujifilm will be able to offer a full-frame camera and a slightly better control scheme in the next iteration of the X100.

Michael Shane contributed to this review.