Forever alone? How NASA's Kepler craft is finding another Earth

Forever alone? How NASA's Kepler craft is finding another Earth

Late last week, NASA announced that scientists using its Kepler space observatory had discovered two new planetary systems thousands of light years away from our own. Within these, seven new planets were found, and three of them are located in the sweet spot around their stars that makes it not too hot, nor too cold, for liquid water to exist on their surfaces. That fits one of two major criteria for what NASA considers a habitable planet, meaning that these three new worlds are technically capable of supporting the kinds of life we see here on Earth.

"We believe that liquid water is crucial for life such as humans to develop."

"We believe that liquid water is crucial for life such as humans to develop," said Steve Howell, project scientist for the Kepler mission, in an email to The Verge. "There are many other life forms on our earth that may be okay without liquid water," he added. Howell said that eventually, scientists will attempt to use other instruments to detect light reflecting off the newly discovered planets, and from that light, "detect signs of life, or at least signs of things we believe we need for life — water, CO2, etc." 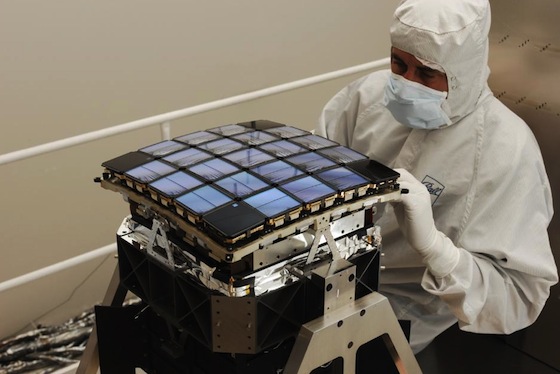 But until then, NASA's Kepler mission is still the best shot we have of discovering places out there in the wider universe that are similar enough to Earth to be favorable to life. Kepler is an unmanned, tube-shaped spacecraft standing over 15 feet tall designed and built for NASA by Ball Aerospace company, created specifically to hunt for other planets (called "exoplanets"), namely Earth-sized ones, by detecting the slight fluctuations in light that occur from a star when a planet crosses in front of it.

"only a small few are in the habitable zone."

Kepler's primary instrument is a light-measuring telescope, which is pointed at a specific area in the constellations Cygnus and Lyra that contains over 100,000 stars, around which an unknown number of planets, including at least a few habitable ones. In fact, since the spacecraft was launched into orbit trailing the Earth around the Sun four years ago, it's discovered 2,740 potential planets in this area of the sky, and 122 of these have been confirmed as planets by other different instruments.

"Of the 122 planets that have been confirmed, only a small few are in the habitable zone of their stars and even less are small enough to be likely a solid or rocky surface planet," Howell explained to The Verge. Specifically, only around 60 to 70, but as Howell added, "most are around two times the Earth" in size, ruling them out for the types of life we see here. 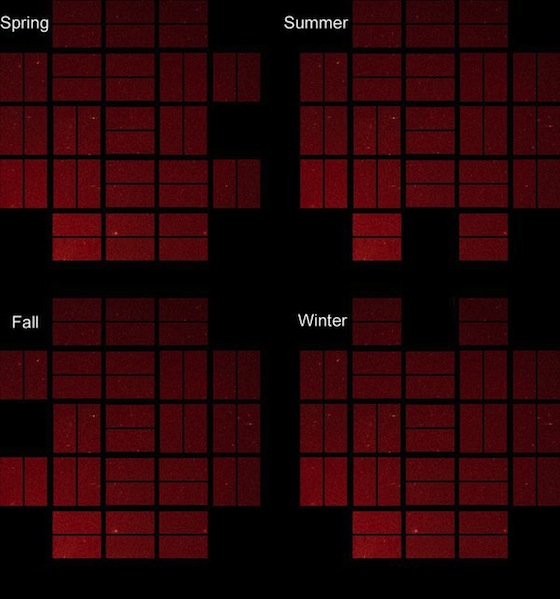 Kepler's field of view in each of the four seasons, courtesy NASA/Kepler mission

That brings up another important point about why the hunt for finding another candidate for life as we know it is so hard: the planet needs to be the right size. Too big (eight times the mass of Earth) and the gravity of the planet would be strong enough to trap hydrogen and helium, likely making it a gas giant, without a solid surface to support liquid water. Too small (half of Earth's mass or less), and the planet's gravity wouldn't be strong enough for an atmosphere at all, making it more like the moon.

"our best and closest discoveries to date of a planet like Earth."

Still, Kepler is not done looking. The spacecraft was launched with a three-and-a-half-year long mission, but has already exceeded that by seven months and counting. It has suffered a few problems with its only moving parts — four wheels used to aim the telescope's view, but Howell and others hope it will continue functioning for more than double its intended lifetime. "Kepler can possibly last another four years or so, assuming funding continues and the spacecraft and instrument suffer no catastrophic failures," Howell told The Verge. NASA, for one, thinks its a good investment too. Late last year, the agency granted Kepler continued funding through 2016.

"As humans, we are eager to learn if we are alone."

As for what use Kepler provides us here back on Earth, Howell is philosophic. "As humans, we are eager to learn if we are alone," Howell pointed out. "We have been since the dawn of time. Kepler is providing a census of one part of our galaxy to help answer that question. While we will not know if any particular exoplanet has life, we will know the frequency of such small, habitable zone planets. And if that number is high, it seems to me that we have to accept the verdict that we are not alone."