Movies like the Paranormal Activity series have helped cement found footage films as a horror subgenre in their own right, though the technique is usually used as a shortcut: putting cameras into characters’ hands offers an immediate sense of danger while jettisoning any visual ambitions. Mr. Jones, which premiered here at the Tribeca Film Festival, tries to subvert that expectation. An indie horror flick with a twist of David Lynch’s Lost Highway, it tweaks the formula to explore the blurred line between nightmares and reality — even though it doesn’t quite stick the landing.

The debut feature film from writer and director Karl Mueller, Mr. Jones starts off as a traditional "cabin in the woods" movie. Scott (Jon Foster) films his wife Penny (Sarah Jones) as they road trip out to a remote location, with Penny proclaiming that they’re lost within the first five minutes. Lest you groan right off the bat, it’s actually a misdirect; the movie quickly pivots, introducing a dry voice-over from Scott. "Do you ever wish your life had an eject button?" he asks, and we learn the couple has left the city — and Penny’s career as a photographer — behind so Scott can work on a nature documentary. As he tells the camera in one of several early confessionals, however, this may have been a mistake, and tempers soon flare (to make matters worse, Scott has recently stopped taking some unspecified medication).

That’s when they discover a set of elaborate, creepy scarecrows (some genuinely unsettling work courtesy of Pumpkinrot) in the middle of the nearby woods. Penny recognizes them as the work of Mr. Jones, a mysterious art-world darling who gained fame after sending similar pieces out to random individuals decades ago. When the couple realizes the recluse lives in a creepy house down the way, Penny sees it as an opportunity to make the ultimate documentary. "It’s like we’re living next door to J.D. Salinger," she says. "Or Banksy!"

The story is told through footage captured by Scott’s dual-camera rig. It allows him to shoot what he’s seeing while also capturing his own reaction, with footage from each intercut throughout the film. In the film you imagine he’s using some sort of DSLR and GoPro combo, but the film was shot primarily on the Arri Alexa, with a Canon DSLR subbing in for the reverse shots (there are even 15 to 20 shots in the film that were captured on an iPhone 4S, though you wouldn’t know it). Shooting the scenes required some nimble gymnastics from the actors, who had to hold on to the cinematographer operating the camera while simultaneously acting as if it was effortlessly strapped to them with a homemade rig. "I’d be literally holding on to him [the DP]," Foster told me in an interview at the festival, "and then when Penny was supposed to be taking the camera he’d do a mock hand-off to her and then keep the camera, and then she would hold on to him, and I would step into frame … It was like soccer."

There’s a variety and artistry to many of the early shots in the film, and according to the film’s director it all came from conceiving the visual style based upon the character allegedly shooting the footage. "In this movie we wanted to sort of build a character who was actually an accomplished, if somewhat slightly pretentious, documentary filmmaker," Mueller said. "He wouldn’t just point and click, but he would try to film things in interesting ways and then edit them together." 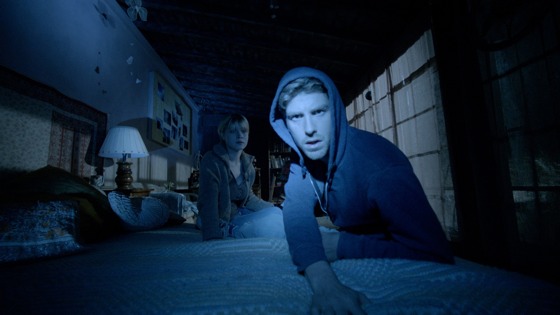 As Scott and Penny pry into the world of Mr. Jones, they soon discover that there’s something more sinister at play. Recipients of his works have had their lives torn apart in strange and unusual ways, and after investigating the artist’s home the couple find themselves struggling to tell reality from a dream (or nightmare). Mueller does a great job of building tension — both in what he shows of the mysterious Mr. Jones and what he doesn’t — which had an audience member behind me muttering an increasingly harsh stream of profanity throughout the screening. However, this isn’t the jump scare frenzy you’ll see in the Paranormal films, and there’s no blood or gore to speak of; Mr. Jones aims for the psychological slow burn.

When everything goes sideways and Scott can’t make sense of the universe, we’re right there with him

The film’s documentary conceit eventually falls by the wayside as the line between what’s real and what’s not is blurred — in Mueller’s words, Scott "loses control of the movie and something else takes it over." Suddenly we’re seeing footage that neither Scott nor Penny has shot, and while it should play as a betrayal of the core concept, Mueller mostly pulls it off. Part of it is the fact that we’re never explicitly told that we’re watching recovered footage, and we never see Scott actually editing — it’s not clear just where the footage we’re watching came from in the first place, so there are no rules to break. Ultimately, the effect is more like experiencing the world the same way the characters do. Initially, that’s through the lens of a documentary camera. But then when everything goes sideways and Scott can’t make sense of the universe, we’re right there with him.

As his mental state deteriorates, the film is taken over by darker sequences full of phantom dopplegangers and creepy, surreal imagery — but Mr. Jones ends up going back to that well a few too many times for its own good. At a certain point, you simply want to hurry up and move along, and another scene where the couple is trapped in a room while mysterious forces pound on the door isn’t unnerving; it’s just exhausting. Things come to an eventual conclusion that feels appropriate, though the movie never explains itself in the way that a mainstream audience would expect. To hear Mueller talk about the film, though, that was partially the point: to use a genre film to explore new territory. "It’s a great sort of base to start off that you can color around the edges and do something different and new," he told me. "Genre is like a sturdy frame to build a house on." 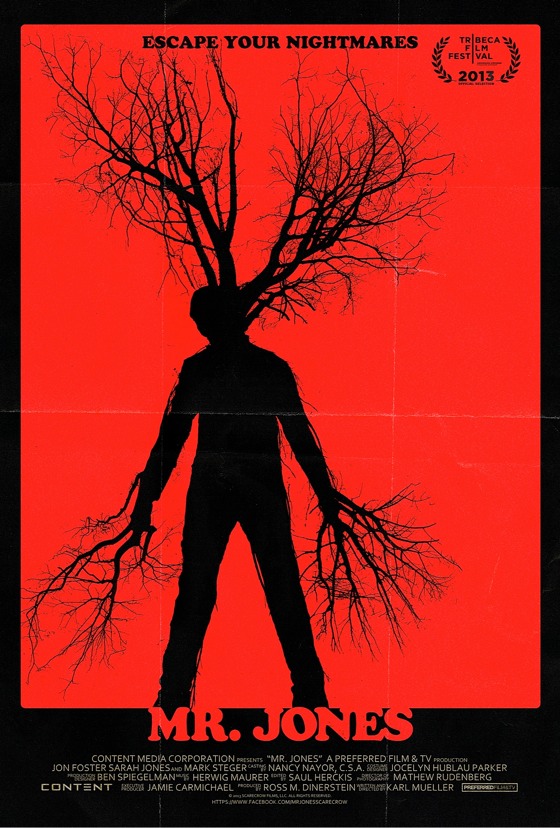 More from this stream Tribeca Film Festival 2013: what to watch out for in the year ahead