A mere decade from now, humankind will be an interplanetary species. At least according to the founders of Mars One, a Dutch non-profit aiming to send four people to the red planet in 2023 — and leave them there. The goal? For those intrepid settlers to develop an autonomous, self-sustaining society.

Speaking to a handful of reporters at New York's Hotel Pennsylvania on Monday, the intergalactic pioneers behind Mars One offered up new details on their plan. And wannabe space cowboys, take note: Mars One founder Bas Lansdorp used the event as an opportunity to open the selection process for would-be astronauts. They have until August 31st to submit an application. "We call on everyone interested to apply," he said. "You can go to Mars."

But even if you get there, you won't be coming back. Assuming the Mars One program proceeds as planned, four astronauts will land on the red planet in 2023, and be joined by four more (two men and two women) in two-year intervals thereafter. After a seven month journey, those first settlers will complete the construction of living quarters, cultivate gardens for nourishment, and perform scientific experiments. Eventually they'll procreate, and at some point, of course, they'll die.

"This is a mission of the world."

All under the watchful eyes of the entire world. The complete Mars One venture, from astronaut selection to eventual Mars colonization, will be broadcast on TV and online, according to the organization. "This is a mission of the world, and we want to treat it like that," Lansdorp told The Verge. "So much of our goal is to inspire people at home." Not to mention that traveling to Mars is, you know, going to be expensive. "On a more practical note, opening this up to a big audience means we can partner with advertisers and sponsors," he continued. "[And] we think this will be the biggest audience ever."

So you think you can be an astronaut?

Alexander is a 26-year-old student in biomedical engineering from Russia, whose interests include "neural science" and "pole dance." Ilona, a 23-year-old in Finland, is a self-described "bookish diplomat" who hopes to live "a long, hearty life." Stephen, a married father of three from Germany, is a flight instructor who's been "breathing space" for all of his 44 years.

These are three of the first applicants for the Mars One mission, but there might soon be many more: Lansdorp said he anticipates "up to a million" interested parties, all of whom will be asked to fill out a questionnaire, write an essay, and produce a short video explaining why they're the right candidate. After that first round, successful applicants will meet with "a committee" of Mars One consultants for further questioning.

That's when things get really interesting: applicants who make it to round three will undergo additional interviews, all of them broadcast online and on TV. The general public will be asked to narrow the competition by voting for their favorite candidate. A fourth and final round will see the selection of 24-40 applicants, split into groups of four, who'll undergo several years of training to prep for possible space travel. At some point, experts with Mars One will select four of those candidates for take-off. "You don't have to be a fighter jet pilot to do this," Lansdorp said. "These four people, these adventurers, they will be heroes around the world."

"It is important for [them]...to survive on Mars."

But before that day comes, they'll have a lot of work to do. That includes seven years of training, including annual three-month stints in a confined setting that'll mimic the limitations — in both living space and creature comforts — of what they can expect on Mars. "We will train [them] in dentistry, medicine, biology, archeology," Dr. Norbert Kraft, the chief medical officer for Mars One, said. "[They] have to keep up with the training and show progress in it. It is important for [them], in the end, to survive on Mars."

Successful candidates don't need exceptional physical fitness or a profound knowledge of space exploration, Kraft noted. Anyone over the age of 18, in relatively good health, can apply. The deciding factor? Whether you play well with others. "The key is that you can work with other people, you are empathetic, adaptive," he told The Verge. "If you're someone who explodes when there's a sock on the floor, this maybe isn't for you."

If you build it, will it work? 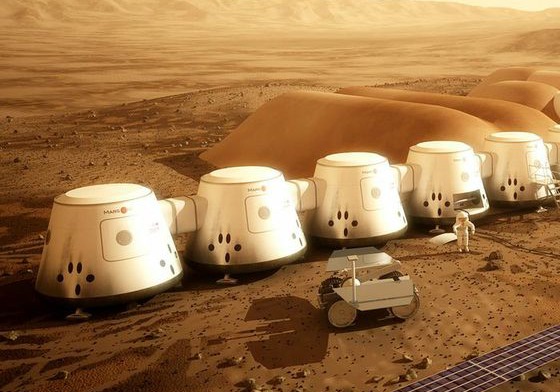 Audacious as Mars One sounds, it's initial inspiration was relatively mundane. A childhood space aficionado, Landsorp initially made his fortune as the founder of wind energy company Ampyx Power. He sold his majority share in the company in 2011, in part inspired by Packing For Mars, the bestseller by science journalist Mary Roach, which reignited his dreams of space travel. "It started as a very egocentric thing," he said. "At first, I was intent that I would go to Mars myself." Lansdorp reached out to experts interviewed by Roach in her book, including Dr. Kraft, formerly a NASA research scientist. Together, they devised a much bolder plan, and publicly announced the Mars One venture last year.

Given the relative infancy of their venture, the Mars One team admit they've yet to finesse the technology necessary to get travelers to Mars and sustain them once arrived. Not that Lansdorp is particularly concerned. "People conceive of this as being such a complex thing," he said. "It isn't, really. The technology to do this already exists, and we are simply going to take advantage of that."

Indeed, the organization doesn't itself plan to develop any new technology. Instead, they said they'll harness existing systems and contract out new requirements — already, they've partnered with Paragon Space Development Corporation for the development of robust "life-support systems" that'll include air supplies and running water. They've also had extensive discussions with SpaceX, Lansdorp said, about using a modified version of the Dragon capsule to actually land participants on the red planet.

But Mars One may already have circumvented the biggest challenge associated with human missions to the red planet: bringing astronauts home. "It's not rocket science to know that if you don't have to bring things back, you can significantly reduce the mass you're starting with," Dr. Robert Braun, a professor of space technology at Georgia Tech who has worked on several NASA-led Mars missions, told The Verge. "I'm not saying this mission isn't really, really, really hard. But it definitely isn't impossible."

Aside from actually getting several vessels on Mars — the team also plans to land robotic rovers on the planet, to set up an initial habitat and life support systems — Braun noted that astronauts will be exposed to dangerous levels of radiation. "How do you keep people safe outside of earth's atmosphere?" he said. "You'd need shielding to protect your body, and no existing concept is particularly feasible." When asked by The Verge, Mars One leaders admitted that they haven't addressed this challenge just yet. "But we are working on it," Norbert said. "That is a very high priority for us."

Making bank to create a colony 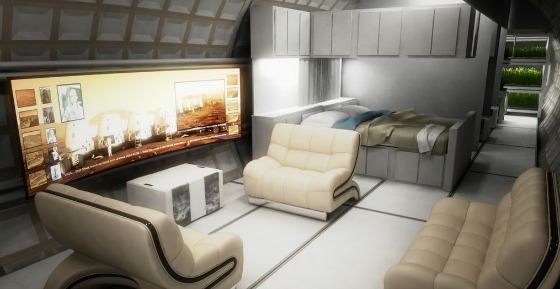 Technical challenges aside, the Mars One group will also confront a notable financial barrier: they estimate that the initial mission to Mars will cost around $6 billion, with subsequent trips costing even more. The group won't reveal how much money they've raised thus far, though an online donation ticker suggests they've only rustled up around $72,000 from generous fans. How to raise the other $5.9 billion or so? Corporate backers, application fees ... and a decades-long reality television show.

"It sounds like a lot of money, and it is a lot of money, but everyone on the globe will want to see this," Lansdorp said, estimating that "four billion people will be watching." The Olympic Games seem to be Lansdorp's primary metric in calculating potential profits: he noted that the IOM earned $4 billion just from selling broadcasting rights to the 2012 London Olympics. "If you think of it that way, $6 billion starts to sound much smaller."

Of course, it remains to be seen whether television networks and advertisers agree. Not to mention how long a fickle audience, once the initial flurry of activity wanes, will be captivated by Martian gardening and baby-making.

But none of these challenges — whether technological or financial — seem enough to sway Lansdorp and his team from their long-term vision: a community of Martian citizens with their own holidays, their own economy, and their own laws. "The day I am most excited for is when the colony declares its independence," he said. "And we can then say that we are an interplanetary species."