"I'm just a video game music fanboy from Kuwait," Mohammed Taher tells The Verge. "This wasn't planned." But despite the humble attitude, Taher has managed to create something special in the form of World 1-2, an upcoming album featuring some of the biggest names in video game music. There's everyone from the Grammy-nominated Austin Wintory, composer of Journey, to Manami Matsumae, who scored the very first Mega Man back in 1987. It's a diverse lineup, spanning multiple styles and eras, but with one unifying theme: video games. "A lot of people think video games are just chiptunes," Taher explains, and World 1-2 is a way of showing just how much more the medium has to offer.

"A lot of people think video games are just chiptunes."

It all started with a podcast. When Taher was thinking about making a new intro song for his Arabic-language gaming podcast, he thought it might be fun to reach out to Souleye, the composer behind indie hit VVVVVV, about crafting a new song. To Taher's surprise, he agreed, and the new music was a hit. "The response was great," says Taher. It also got him thinking about working with even more musicians. He originally hatched a scheme to release a small EP on his gaming site, world1-2.net. Eventually he convinced both Eirik Suhrke (the composer behind games like Spelunky, Ridiculous Fishing, and Hotline Miami) and Saudi Arabia-based electronic musician Agent Whiskers to put together a four-song EP. From there it kept growing: soon members of the metal band Metroid Metal agreed to contribute tracks, and from there, Taher says, "It just started rolling."

But the biggest breakthrough came later, when Taher decided to reach out via Twitter — and an interpreter — to renowned video game musician Akira Yamaoka, best known for his work on the Silent Hill series of horror games. And again, to his surprise, Yamaoka agreed. This helped give the project some extra credibility, and gave Taher even more motivation and confidence to continue to reach out to prominent musicians.

Keiji Yamagishi was at the top of the list. Best known in North America and Europe for his soundtracks to classic games like Tecmo Bowl and Ninja Gaiden, Yamagishi is also well known in the Middle East and Japan for Captain Tsubasa Vol. II: Super Striker, a Famicom game based on a soccer-themed anime series. "I think I like it as much as some people like Mega Man music," Taher says of the game's soundtrack. 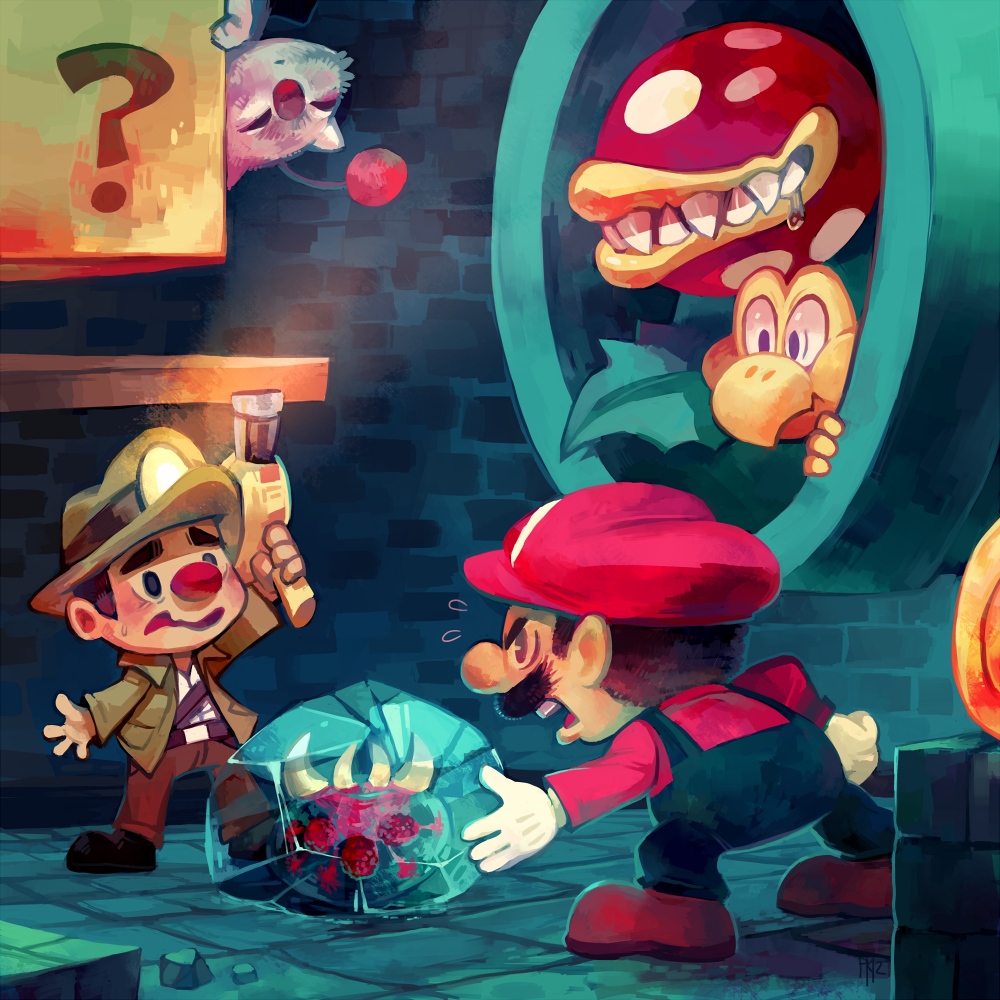 Unfortunately, Yamagishi hadn't worked on any game-related music since 2003's Onimusha Tactics, and Taher had been searching for details on what the musician was up to since 2008 with little success. Then, last year, through the help of a friend, Taher managed to track down Yamagishi's newly created Facebook account. Social networking once again proved useful, as Taher befriended the composer and began exchanging messages. Yamagishi not only agreed to create a new track for World 1-2, but he's also working with Taher on a brand new chiptune album, his first solo release. "I think my passion towards music has come back to me," Yamagishi says. "I'm happy to have realized that the work I did when I was young was not all for naught."

"I think my passion towards music has come back to me"

But despite this success in reaching out to artists, Taher's inexperience with the music industry did lead to a few issues. For instance, while Journey's Wintory was willing to work with him, he also required a contract before things started. "I didn't know what to do," Taher says, "because I had never written a contract before." He originally thought the roadblock would force him to leave Wintory out of the project, but a week later Yamaoka's assistant sent him a message saying that the musician had already started working on his song, and now wanted to go over the contract details. With two big-name artists on the line, Taher eventually managed to draft up a suitable contract and both musicians are now featured on the album.

The result of all of this hard work is a 20-track-long album that covers a huge range of video game music — there's everything from the hyper chiptune song "Tokyo Skies" by Super Hexagon composer Chipzel to Wintory's sweeping and emotional "Circles." It's a wide swath of what video game music has to offer, from remixes to original songs. Taher says he has so much material, in fact, that he'll be putting out a second compilation later this summer.

With multiple albums in the works, he's accidentally created a record label of sorts, appropriately dubbed "Koopa Soundworks." World 1-2 will be launching on May 2nd, though you can pre-order now and check out five tracks early. And even though the project has grown into something rather large, Taher says he has no plans to quit his day job, and only wants the project to become self-sustaining — for the past eight months he has ignored his savings account to put money into the project, paying musicians and engineers. He has no illusions about becoming some sort of video game music mogul. "I'm just a regular guy who enjoys music."