With compact camera sales tanking in the face of high-end smartphones, we're now seeing most manufacturers show off models that attempt to differentiate themselves by focusing on image quality. Companies like Sony, Nikon, and Ricoh have taken the approach of fitting large sensors and fast lenses into tiny bodies, but Panasonic's new entry into the market — the $499.99 LF1 — competes on different ground. While its 12-megapixel, 1/1.7-inch sensor is a little larger than most cheap point-and-shoots, it falls short of similar models we've seen lately, and the 28-200mm-equivalent F2.0-5.9 lens offers a 7.1x zoom range at the expense of a particularly bright aperture.

Instead, the LF1 goes for convenience: unusually for a camera of its size, there's an integrated electronic viewfinder, and, unlike most enthusiast models, it features NFC and Wi-Fi connectivity to help you get photos onto your phone. Like Canon's S110 and Sony's excellent RX100, the LF1 also features a control ring around the lens to give users a degree of manual control. The camera is priced right between the S110 and RX100, and on paper it should offer image quality somewhere between the two as well; the premium compact market now has an offering for just about every wallet, although the LF1 is yet to be assigned a release date.

Update: Panasonic also revealed the latest model in the lower-end mirrorless camera line, the Lumix G6. The camera looks much the same as Panasonic's Lumix G5, which this replaces, though it adds NFC-aided Wi-Fi connectivity. No pricing or availability information is available yet. 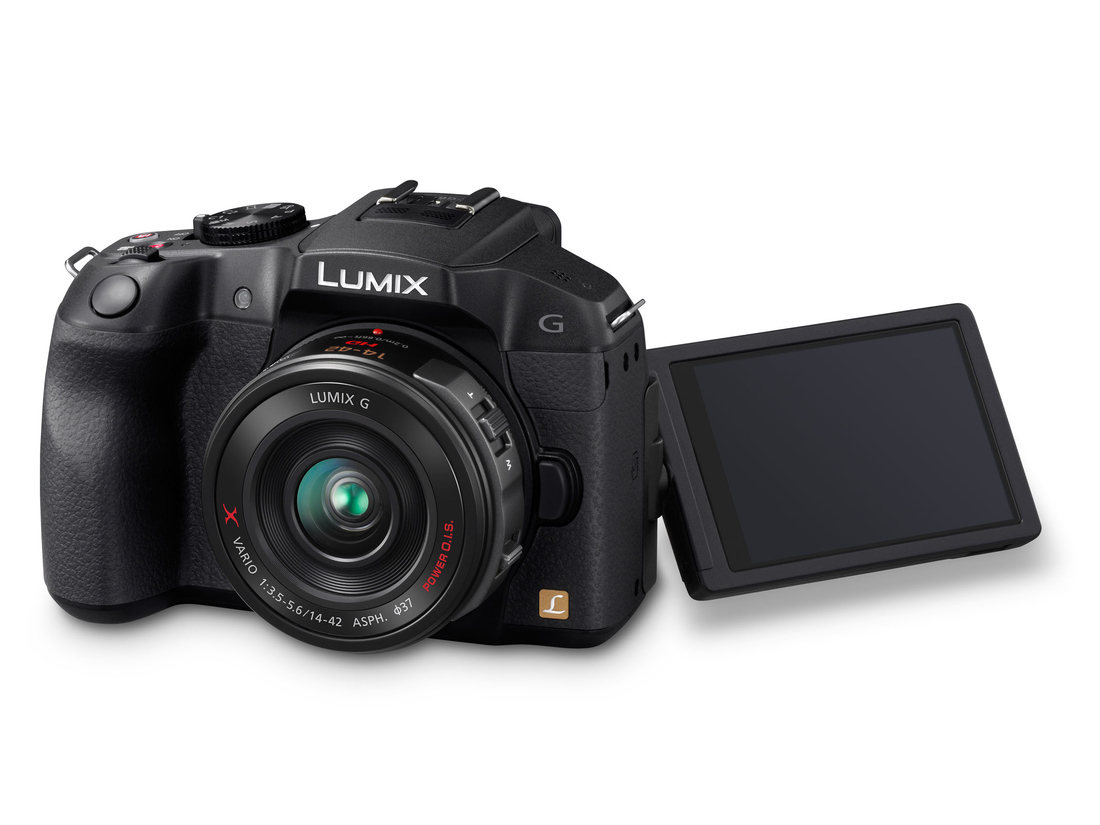