If you’re planning to visit an art museum at the Smithsonian Institution in Washington, DC, this summer, prepare to be disappointed. Starting May 1st, some of the exhibits at America’s premier art galleries will be closed, essentially at random, because of sweeping, mandatory federal government budget cuts known as the sequester. Worse still, even the staff at the Smithsonian’s six major art museums won’t know on any given day which exhibits will be closed, and the Smithsonian won’t be posting that information online or making it publicly available in advance.

"you may show up and find that a particular exhibition is closed."

"The museums are going to be open seven days a week as always," said Linda St. Thomas, chief spokesperson for the Smithsonian Institution, in a phone interview with The Verge. "But you may show up and find that a particular exhibition is closed, because we didn’t have enough security for that area." The six art museums due to face random exhibition closures are the National Portrait Gallery, the American Art Museum, the Hirshhorn Museum and Sculpture Garden, the National Museum of African Art, and the Freer and Sackler Galleries of Asian Art.

Together, they constitute a sizeable portion of the Smithsonian's 19 total museums, most of which are largely funded by the government and through donations (Cooper Hewitt in New York charges adult admission fees, but is currently closed for renovation). Over three million visitors combined passed through these six museums alone in 2012. The Verge reached out to each of the six affected museums, but was referred back to St. Thomas for comment. 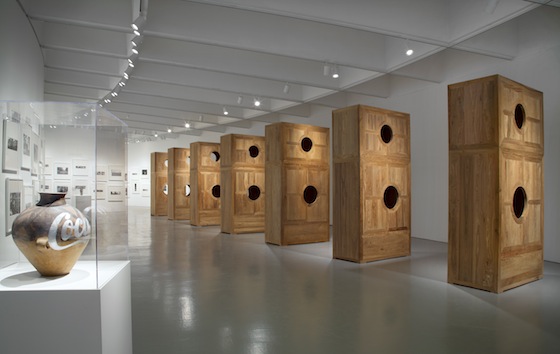 To be clear, the Smithsonian isn’t laying off any staff, nor are any workers being furloughed — the controversial practice of forcing employees to take unpaid time off to balance the budget. That strategy is, however, currently underway among the Federal Aviation Administration’s air traffic controllers and the Internal Revenue Service's (IRS) employees — all thanks to the $84.5 billion in federal spending cuts initiated on March 1st. The cuts, initially meant as a failsafe until lawmakers agreed on a longer-term compromise that never manifested, will now be enacted until at least the end of September.

So the Smithsonian — which is supposed to chop nearly 5 percent of its budget, or $42 million, this year alone — is cutting back on contracted security guards from the private firm AlliedBarton, which staffs the security detail at the Smithsonian’s six art museums in DC. Asked about how many security staff would be affected, AlliedBarton provided the following statement: "AlliedBarton Security Services does not release information related to client contracts. We work in conjunction with our clients to meet their ongoing needs for security officer services." The Smithsonian has also implemented a freeze on new staff hires, cut down on employee travel, and postponed maintenance at other major museums, including at the popular National Air and Space Museum. 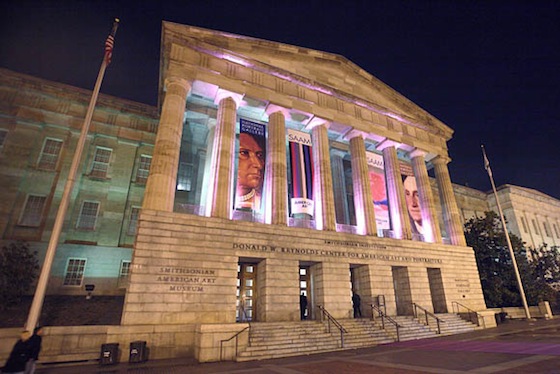 "these required reductions will be felt by our visitors."

"We have little budgetary flexibility remaining, and these required reductions will be felt by our visitors and those who are increasingly expecting services online," said G. Wayne Clough, the Smithsonian Institution’s Secretary, when he testified before Congress on the impact of the sequestration last week. Both Clough and St. Thomas repeatedly warned that if budget cuts become permanent through 2014 and subsequent years, they could "translate into permanent staff reductions," and result in museums "being forced to postpone or cancel exhibitions," as Clough put it in his testimony.

As for why the Institution won’t be posting information about which exhibits within the museums will be closed on which days, St. Thomas said it was because the decisions would be made on a day-to-day, case-by-case basis by museum directors and the heads of security at each museum. "The reason we can’t post [closing information] online is because we don’t know," St. Thomas told The Verge. "We won't know enough time in advance to do a web post."

"We won’t know enough time in advance to do a web post."

At the same time, the Smithsonian — which calls itself the largest museum and research complex in the world — is aiming to keep the rest of its operations as normal as possible, and its 13 other museums won’t be subject to random closures. St. Thomas sought to emphasize that "every museum is still open," but the decision to close some art exhibitions at random is largely unprecedented in the Smithsonian’s history. In 1986, a series of funding cuts forced the Smithsonian to reduce its museums’ evening hours during the summer. 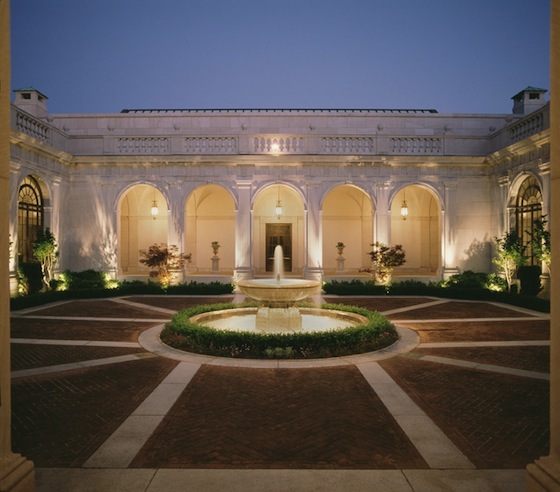 But that was almost 30 years ago, and the Smithsonian hasn’t felt a budget crunch like this since then. "In recent times, we haven’t faced anything this severe," St. Thomas said. Still, it’s unlikely the Smithsonian will alleviate the crunch by collecting admission at DC museums. The idea has been floated repeatedly by members of Congress and other parties throughout the Smithsonian’s 167-year history, but each time, the Smithsonian’s Board of Regents — the governing board of the institution — has summarily rejected it. "We will not be charging admission," St. Thomas said. "It doesn’t matter what your income is or what you can afford, you’ll be able to come here." With pressure mounting on and from within Congress to cut more, the challenges to the Smithsonian's admirably populist sensibility look to only be getting started.