The Federal Reserve Board announced today that a redesigned $100 bill will enter circulation on October 8th, 2013. The new note was unveiled in 2010 and includes a number of new security features, including a blue 3D security ribbon and a disappearing Liberty Bell inside an orange inkwell that the Federal Reserve says is more difficult for counterfeiters to replicate. The Fed says that introduction of the new note was postponed from its original February 2011 circulation target due to an "unexpected production delay."

As you can see from the comparisons below, the new $100 note marks the most colorful addition to the lineup of US bills, following redesigns which began in 2003. Other bills, including the $5, $10, $20, and $50 notes, have already received subtle redesigns with splashes of color. The new $100 bill design pushes the traditionally green and drab US notes closer to the look of advanced currencies used internationally. 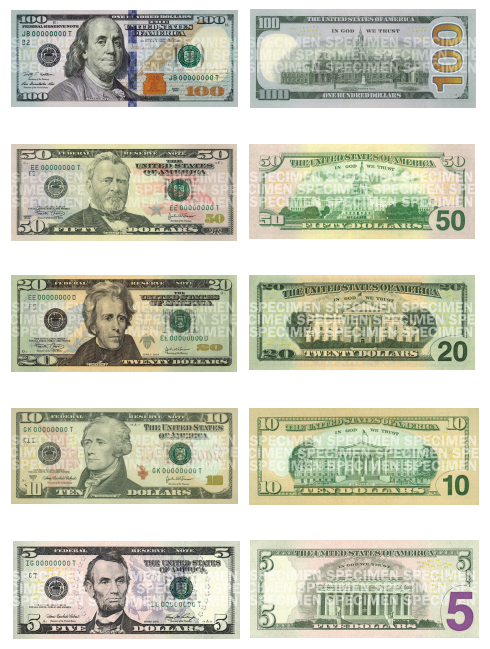