The European Commission has asked Google's search rivals to comment on proposals over how it displays its own specialized search services alongside those of its competitors. To ensure that rival services aren't unfairly listed in its search results, Google proposes to separate promoted links from native search results by using frames or other "clear graphical features," also committing to display links to three rival search services that offer similar features to its own. Its proposals would be set for a period of five years.

The Commission's call for comments comes less than two weeks after it was first reported that Google had offered a solution to escape further investigation. As part of today's proposals, Google says that for devices with screen sizes of less than 9.7 inches or a resolution of less than 1024 x 768 pixels, it will make rival links available via a dedicated link. 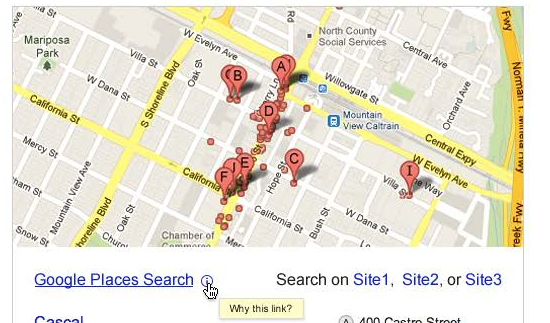 An example of how Google intends to amend its listings.

Addressing other search concerns, Google will enable websites to opt out of having their data included in Google's product or local searches, while providing newspaper publishers with tools to control the content that is displayed in Google News. This offers an olive branch to publishers that have previously sued the company over copyright infringement committed by its news aggregation service. Google has also said it will no longer block advertisers from managing search ad campaigns on rival ad platforms.

Google's proposals will be set for a period of five years

Google's competitors are likely to voice their opposition to the proposal. Earlier this month, ICOMP (an industry group that includes Microsoft) said that clear labeling would be "a non-starter" and that Google's proposals do not "clearly set out non-discrimination principles and the means to deal with the restoration of effective competition." We have reached out to both Microsoft and Fairsearch for comment on Google's concessions and we'll update you accordingly.

Update: FairSearch has issued a statement on Google's plan: "The members of FairSearch plan to study the effects of Google’s proposal, and call on Google to release any test results it has provided the Commission to show how its proposal will fix the abuses of dominance the Commission’s own investigation revealed. Applying a real ‘market test’ to Google’s proposal is an important step to ensuring that the Commission’s long history of leadership in international antitrust enforcement continues for many years to come."