Nokia to hold Lumia event on May 14th in London

Nokia to hold Lumia event on May 14th in London

Via All Things D

Nokia says it will hold a special Lumia event in London on May 14th. The Finnish smartphone maker has started sending out media invites for the event, with a cryptic clue that it will focus on Lumia. "See what's next" says the invite, followed by: "The Nokia Lumia story continues." The event will run from 10AM until 4PM and focus on what's next for Nokia Lumia.

It's not immediately clear from the invite exactly what Nokia plans to unveil, but the Lumia name drop suggests the company is ready to reveal a new smartphone. Images of Nokia's alleged "Catwalk" device emerged recently, suggesting that the company may be ready to introduce its first aluminum Lumia. Nokia has also been working on Windows-powered tablets, but it's unlikely that the company will extend the Lumia brand to such a device. Either way, we'll be covering the event live so stay tuned for more information. 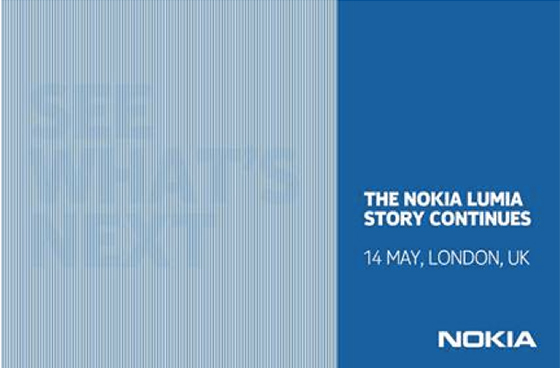