Weather forecasting and tracking in the US is about to get much more accurate, according to the National Weather Service. The agency announced today that it has nearly completed a two-year long process of upgrading the nation's Doppler weather radar units — 122 units have been upgraded out of a total 160, and the rest should be upgraded soon — outfitting them with new "dual polarization" technology. Nicknamed "dual-pol," by weather scientists, the technology gives weather radar units the ability to tell the difference between types of precipitation — rain, snow, or hail — for the first time. It also lets scientists track flying debris kicked up in particularly dangerous storms like tornadoes, and provide advance warning to areas at risk, which the National Weather Service says has it has already done.

a new type of radar wave 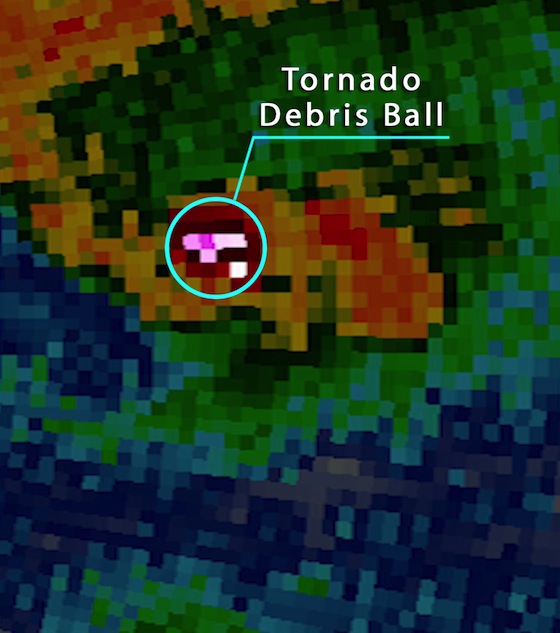 Dual-pol technology improves upon older weather radar by incorporating a new type of radar wave. All radar sends out pulses of microwave energy, which run into objects like raindrops and reflect some energy back to the radar detector in the form of a wave. But until now, weather radar has only been able to detect waves coming back in one direction: horizontal. The new dual-pol adds vertical wave detection, allowing scientists to piece together a much more detailed picture of what's actually falling from or flying through the sky. The National Weather Service published the following animated GIF to show off the added capability:

"The information we were getting only came from one direction."

"The information we were getting only came from one direction," said Paul Schlatter, an executive advisor at the National Weather Service, in a conference call today. "We could only see that something was out there and how heavy it was...with the vertical wave, we are able to get better information on the shape and intensity, and we're able to figure out different types of precipitation." The National Weather Service cited several examples of the technology's life-saving potential, including tracking airborne debris from a dangerous tornado near Jackson, Mississippi in 2012, and successfully forecasting a 2011 dust storm in the Phoenix, Arizona area. In both cases, meteorologists were able to warn residents at risk to get out of the way ahead of time.

Still, there are limitations: NWS scientists told The Verge that dual-pol radar had already been installed in the New York City metropolitan area in 2012 during Hurricane Sandy, but wasn't able to predict the storm's intensity because it was too complex.