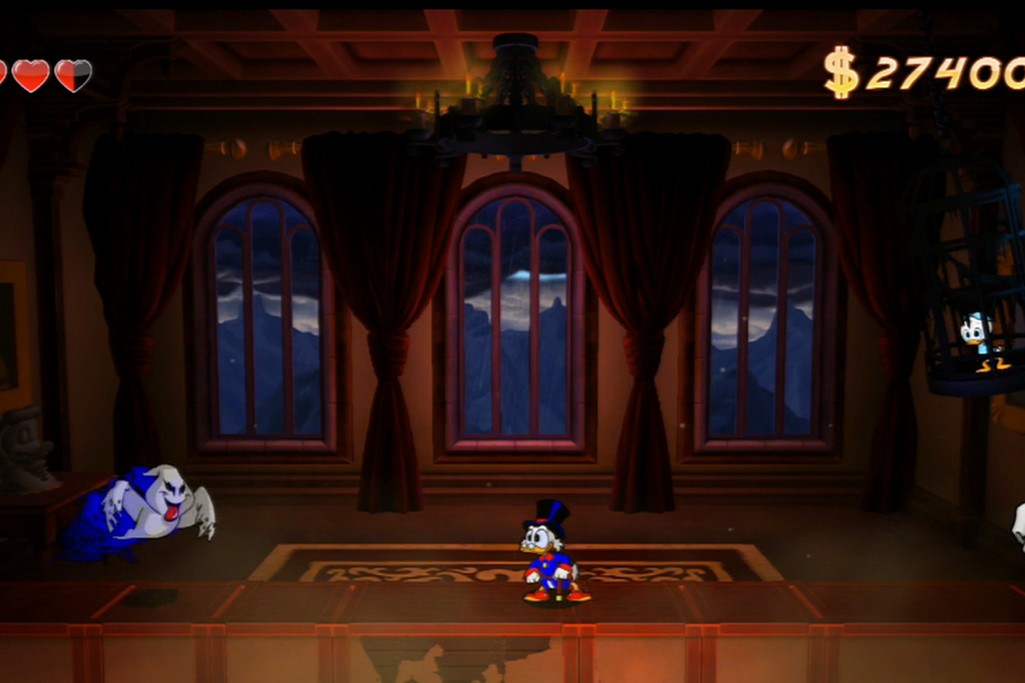 DuckTales has been away for a long time. Ever since the animated series ended its run in 1990, we haven't heard much from Uncle Scrooge and his great-nephews — but Capcom is hoping to change that. The company recently announced that it is working on a remastered version of the beloved NES version of DuckTales, slated to hit the PS3, Xbox 360, and Wii U as a downloadable release sometime this summer. And with the help of Disney and developer WayForward Technologies, the new title is aiming to not only be faithful to the game it's based on, but also the original TV show. WayForward is working to ensure that the game plays the way you remember it, albeit with a few new twists, while Disney is helping out by providing everything from original art assets to the real voice actors from the show — Alan Young, who plays Scrooge, is on board, despite being in his mid-90s. "We really respect the original vision," WayForward's Austin Ivansmith tells The Verge.

The choice of WayForward was no accident. According to Capcom producer Rey Jimenez, the studio came highly recommended. "WayForward was actually a pick from Disney," he says. "Of course, the ultimate choice was up to Capcom, but they had definitely tossed WayForward's name in the hat." WayForward is located near the California Institute of the Arts (CalArts), a school that was founded by none other than Walt Disney, and some of its founding staff were students. "DuckTales is a really good fit for WayForward because WayForward is 22 years old now, we were founded by CalArts people and … we're situated close to CalArts," explains creative director Matt Bozon. "A lot of WayForward's roots are all about traditional animation and Disney is at the center of that. So it makes a lot of sense. It's very familiar to us." 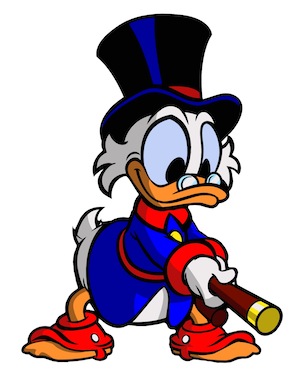 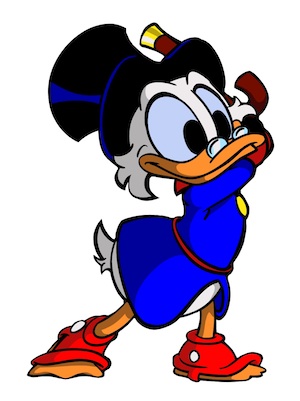 WayForward also has plenty of experience when it comes to tackling classic video game franchises. The studio developed Contra 4, the 2007 entry in Konami's shooter series, as well as A Boy and his Blob, the Nintendo Wii remake of the 1989 NES game. And though it's been awhile, WayForward also has some history with Capcom — in 2002 Capcom published the studio's cult classic Gameboy Color game Shantae. It's a studio that has a long history of working with big companies, and according to Ivansmith Disney gave them a lot more freedom than some other partners have in the past. "With some other games, you get into the situation where we're not really the driving force, we're just kind of there to put the product together," he tells The Verge. "That's not the case with Contra or DuckTales. So we've been really fortunate."

When it came to remaking DuckTales, the goal was to expand rather than change. After all, the original is already beloved — it’s one of the rare licensed games that rivals its source material in quality. That’s likely due to the fact that it was created by many of the same developers who worked on the early Mega Man games, including character co-designer Keiji Inafune. It’s a platformer that rivals the best the NES has to offer, with terrific controls and an amazing, memorable soundtrack — plus you get to explore the surface of the moon looking for treasure.

The remastered version features a brand-new artistic style — with hand-drawn sprites and 3D backgrounds replacing the original pixel art — as well as some expanded levels and bigger, more elaborate boss battles. "We're really trying to make it play as identical to the original as possible," says Ivansmith. "We thought, well if the original developers could make this again today, what would they do?" To get the feeling just right, the team actually had the two versions of the game playing side-by-side, with one controller used to control both games, and found that the character movement in DuckTales Remastered matched the NES version "almost perfectly." 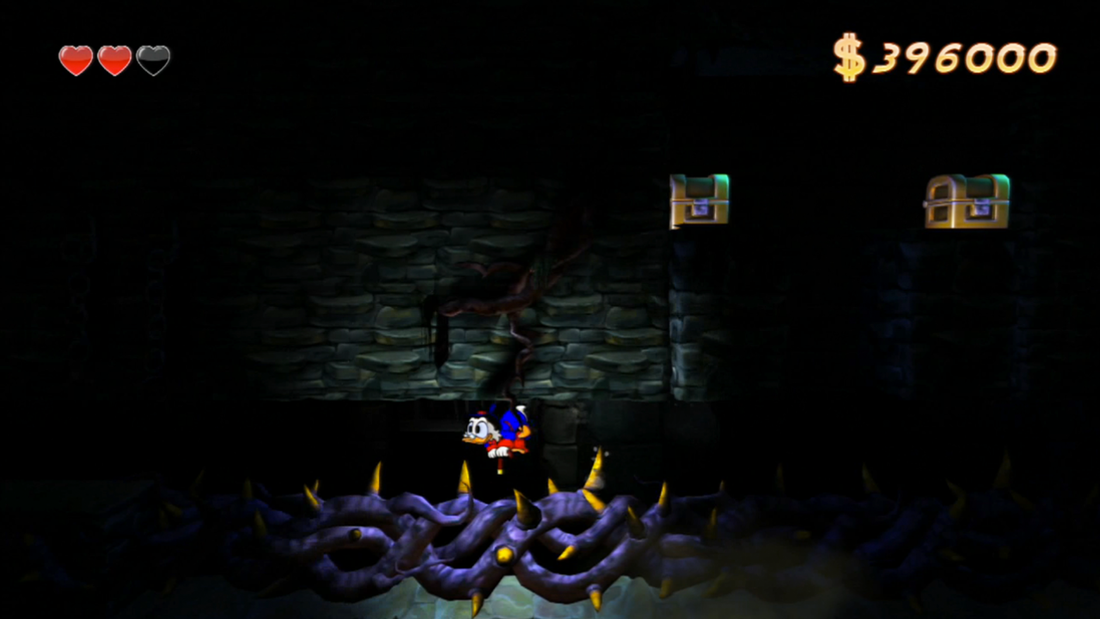 But that perfection didn't come easy. The new art style meant a lot of tweaks had to be made to get everything to feel just right — in the case of Scrooge, the character model required nearly a month of daily tuning to work right, with adjustments made to the eyes, hands, and more. It had to work well within the context of the game, but at the same time couldn't conflict with the Scrooge look fans of the show already know and love. "The character model we came up with I think is brilliant, I think it's one of the best drawings of Scrooge ever," says Ivansmith. "And probably my next tattoo."

That balance between being true to the game and true to the TV series is something that only started part way through the development process. "When we first started the game we were pushing towards making it more like the original game than anything else," explains Ivansmith. "But when Disney came back and said they could get the voice actors, things shifted, and it was 'wow, let's really get the feelings of the characters from the show in there, and get as many characters as we can in there.' And it sort of expanded from there and became a little more like the show, but without really breaking the feel of the NES game. It's more like folding the show into the NES game."

Disney's involvement also extended to giving WayForward access to some of the original archives from the show. The developers were able to sift through original sketches, hand-drawn animation cels, painted backgrounds, and more — and some of that content will be available to players as unlockable bonuses in the game's museum mode. Perhaps more importantly, the game will also include a version of Scrooge's iconic money bin: as you accumulate wealth throughout the game, you'll be able to take a swim in your hard-earned cash just like Scrooge.

These elements could go a long way towards attracting people who never played the original game, but were fans of the show. To that end, there's also a new tutorial level that explains some of the potentially tricky gameplay elements, like Scrooge's pogo jump ability. There's a lot of nostalgia going on with DuckTales Remastered, but the team is also hoping it can reach a new, younger audience — one that has no idea what DuckTales even is. "I really think it will create a whole new audience of DuckTales fans," says Ivansmith, with Bozon adding "Introducing this brand to people does seem to be very important. It was a large responsibility."

The franchise may have been dormant for nearly two decades, but the team believes that it still has plenty to offer a new generation of fans. And it all starts with Uncle Scrooge. "The stories that I like the most are where he kind of goes a little nuts trying to achieve his goal, and then he dials it back and realizes what's really important," says Bozon, who cites Scrooge as one of his favorite fictional characters. "He's very relatable. He's not a superhero, he's a thinker and nothing gets him down, he always bounces back. He's like Ash Ketchum but with money." 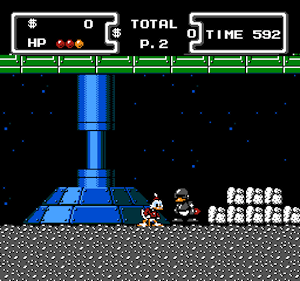 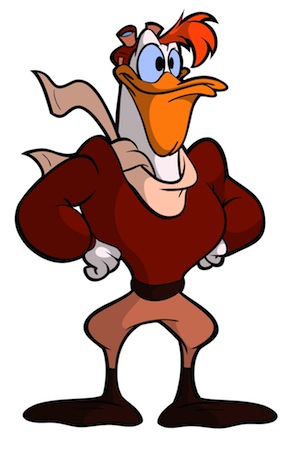