Running with scissors: the director of 'RoboCop' and 'Showgirls' bets on his fans and loses

Running with scissors: the director of 'RoboCop' and 'Showgirls' bets on his fans and loses

Paul Verhoeven struggles with the crowd in 'Tricked'

Debuting his latest film at Tribeca, director Paul Verhoeven took the stage on an almost apologetic note. “I hope that you enjoy it, and will accept the moral choices I made while making the movie.” Coming from a man best known for the supercharged sex and violence of RoboCop, Total Recall, and Showgirls, it’s downright bewildering.

If he’s cautious, it’s because he just took a big risk and got burned. His latest movie, Tricked, was conceived as “the first user-generated film,” in the words of his producer. It would be a story guided entirely by the audience. Verhoeven began by filming a five-minute script (the first episode), put it online, and asked the audience to write scripts for the next five minutes. All the filmmakers had to do was choose the best one and get filming. The final product is something of a double feature: first, a 50-minute documentary about the process, then the 40-minute short they actually shot.

Starting out, the crew is all smiles. Verhoeven talks about how inspiring it is to plunge into the unknown, how that leap has inspired all his best work. The actors are nervous, but excited. How do you play a character if you don’t know where they’re going? How will their humble ship of a film navigate the surging ocean of creativity they’re about to set loose?

From the initial domestic drama, contributors throw in alien landings and murderous yakuza

Then, as anyone familiar with the internet would expect, things go wrong. They get lots of submissions–over 35,000 scripts, with 12 teams producing video mockups on YouTube – but none of them exactly work. “I figured there would only be one or two great ones,” Verhoeven muses, but it’s a mess of conflicting ideas. From the initial domestic drama, contributors throw in alien landings and murderous yakuza. In a Q&A after the Tribeca screening, Verhoeven described one writer who submitted extended sadomasochistic sex scenes for every episode. How do you make a movie out of that?

As Verhoeven apologetically explains halfway through the documentary section, things like tone and structure are very important in screenwriting. When you give your script up to the crowd, you lose control of it. No one could copy the style of the initial draft, or guide it to any kind of climax or conclusion. The film students who had studied story structure rejected Verhoeven’s idea as an insult to writers, and he was left with a jumble of contradictions. Finally, he called in a genuine screenwriter to sort through the chaos, to cull the best ideas and write whatever needed to be written in between. Verhoeven estimates about 70 percent of the final script came from the audience, but it was well-massaged enough to be nearly unrecognizable. 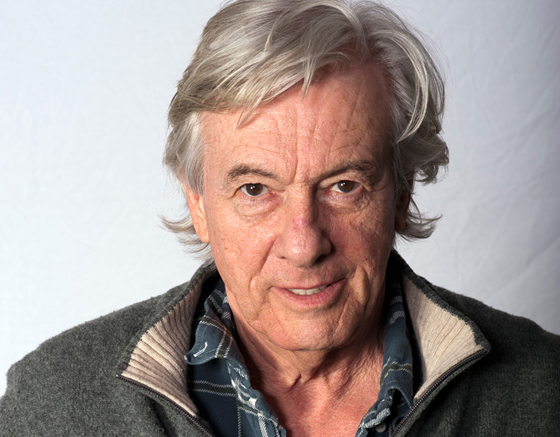 The tonal problems are hard to shake, veering from corporate drama to sex farce

The result is a strange hybrid. The crowd had some great ideas, including a scissor-stabbing climax that's too good to spoil. Even the S&M obsessive got in on the fun, contributing an unexpected breast-flashing scene that establishes the film's offbeat sexuality early on. Of course, it's a more interesting moment when it's not followed by five minutes of implausible sex, but that's what editors are for.

As a whole, Tricked still has its problems. The first half of the double feature drags on, and moment to moment it’s never quite as interesting as the process it’s trying to show. The second half of the feature is stronger, but the tonal problems are hard to shake, veering from corporate drama to sex farce as the story progresses.

This is minor Verhoeven, destined to be a blip in his filmography between Black Book and whatever he takes on next. But as a tale of crowdsourcing gone wrong, it could be much more enduring. As Verhoeven put it in the Q&A, “It was much, much harder than I thought.” By now, he’s learned his lesson: the crowds aren’t always as wise as you hope they’ll be.

More from this stream Tribeca Film Festival 2013: what to watch out for in the year ahead