See imagery of the Earth from the first weather satellite, taken 53 years ago

Share All sharing options for: See imagery of the Earth from the first weather satellite, taken 53 years ago

The first weather satellite to successfully report global weather data from space was launched 53 years ago this week. The TIROS-1 satellite took off on April 1, 1960 from Cape Canaveral, and for 78 days relayed imagery of cloud-covering on the Earth. The mission came from a partnership between NASA and the National Oceanic and Atmospheric Administration, and along with later TIROS satellites is credited by the groups as having paved the way for more sophisticated weather satellites.

The TIROS-1 was equipped with two television cameras that returned imagery using the satellite's four antennas. An institute within the University of Wisconsin's has surfaced two of the first images sent back, though there's some debate as to which of the two came first. The pictures show the earth in grainy black-and-white, but it's easy to make out the cloud covering that NASA and NOAA used as proof that such satellites could be useful in making meteorological predictions. 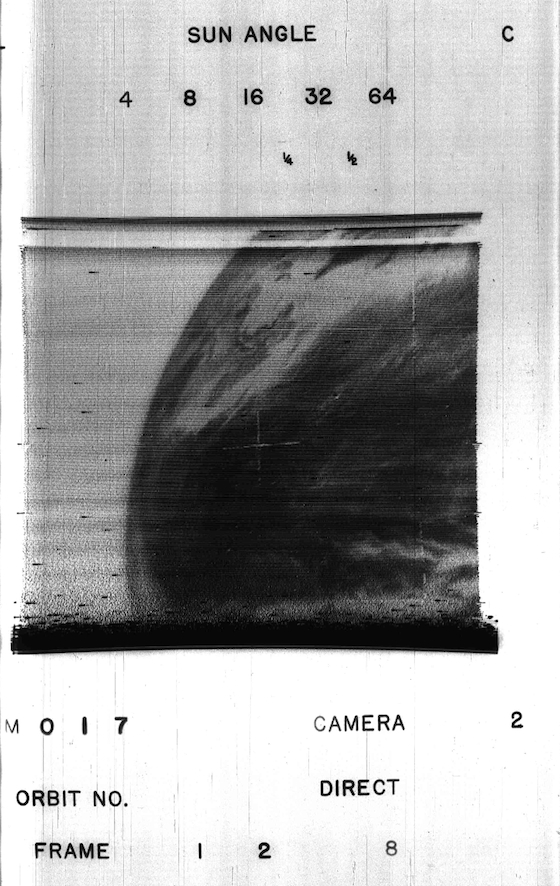