Is it respectable equipment?

I find the most common type of street photography is candid. It takes some guts to do it but when you can do it right, some of the results can be pretty incredible. Some think in street photography a good, small camera is needed. The Fuji X100, the Olympus PEN cameras are popular and of course the Leica M system is famed for being the ultimate street photography tool - despite having a hefty price tag. These are all small, discreet, quiet cameras. Having this type of camera can be key if you want to get a candid shot. Going shooting with a DLSR with a giant telephoto lens isn't advisable for street photography: attracting attention is the last thing you want and when you use a big camera, people generally think you're spying on them in a weird, creepy way. Using a small compact generally makes your subjects think you're taking tourist photos or just taking photos of everything you see. Glass, however, could be seen in a different light.

The obvious thing about Google Glass is that it looks distinctly different to a camera. It could be taking a photo and only the wearer would know. This strikes me as a powerful tool for this type of photography - especially if the task is candid photography. Though once people know what it could do, maybe they will think it could be weird to wear it. Maybe, again, the same creepy spy persona some see in the SLR street photographer would creep into the stereotypical Google Glass photographer. Saying this, I'm not saying people don't see street photographers who use 'standard equipment' aren't viewed as creepy or weird by the subjects; it's just generally they are from experience. With the closure of Google’s #ifihadglass competition, maybe Glass will become more high profile and will become commonplace. If people grow to like it, they may become normal and if that happens, they could find their way into a street photographer’s bag.

When on a photographic walk with Misho he spent half the time taking photos with his iPhone and half the time on my Sony A77. I noticed when he used the bulky Sony he had a lot more people looking at the camera and posing and there was one person who confronted him at which point I feared for my camera. When he used the iPhone, however, he didn't get many people posing and not a single confrontation. The mentality of the subject is a lot different depending on what equipment you use.

You may think, 'Ah but what about quality? Mobile phones don't have the quality of image that a dedicated camera has.' Well, there is an increasing amount of photographers who use mobile phones for street photography. I traveled to Derby, UK to talk to Misho Baranovic who shoots the streets primarily with iPhones (see video at the bottom).The results can be pretty stunning when you know how to use the tools at your disposal correctly. Misho recommended ProCamera for street photography as you can easily set exposure and focus and see the shutter speed and ISO.

The small sensor is excellent due to the fact it gives a massive depth of field; something favoured in this type of art as you can see the whole scene in focus. On a small sensor you can shoot with a large aperture to get a faster shutter speed and still get a large depth of field still which is excellent for the job! I've not seen many images of street photography which have masses of bokeh in the background of the photo. When looking through flickr and 500px they're mostly shots taken at f/8 - f/16 and if they're shot at a wider aperture, it's generally because the lens is a wide angle.

They're a lot more discreet than using a dedicated camera where people can clearly see you take a photo - though you can disguise that. Using a camera phone is silent, providing you turn off the camera shutter sound. Taking a photo on a camera phone and disguising it as something else is very easy as you can pretend you're texting, you can pretend to be reading something in sunlight, the list goes on.

Editing images on phones is thought of by many of as simply running the photo through Instagram or Hipstamatic. And some people do that. There's many street photographers who put a photo into the app and post it because it looks good, even if the filters become repetitive. Often, iPhoneographers use apps like SnapSeed and Photoshop to edit their images and both are excellent tools and are free! But they are, at the end of the day, just tools. 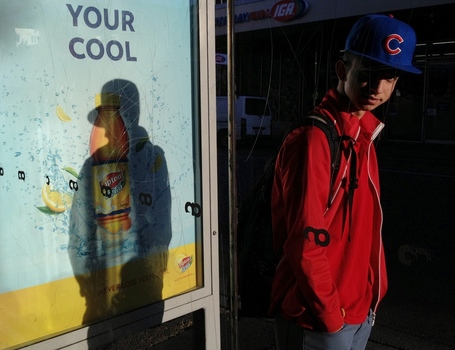 We take photos with what we want and what feels best most often. Whether that's a Leica M, a Fujifilm X100, an Olympus OM-D E-M5 or even Google Glass. As long as you feel comfortable using the camera and you get the images you want, that's all that matters. You can invest thousands in equipment but if you have a camera which you like and you like the images, there's no point in spending more. If your camera is getting old or if you feel like you enjoy a different camera more, why not? My dream camera is a Leica M9-P but I don't think I'll be getting one as it's so expensive. I'm making do with my Sony A77 and an old Voigtländer BESSA-R rangefinder camera and they get me good shots. I may like using a Leica more but I can eventually buy one if I can sell my images and if I can show off my skill with these cameras, then I can say I've earned it. 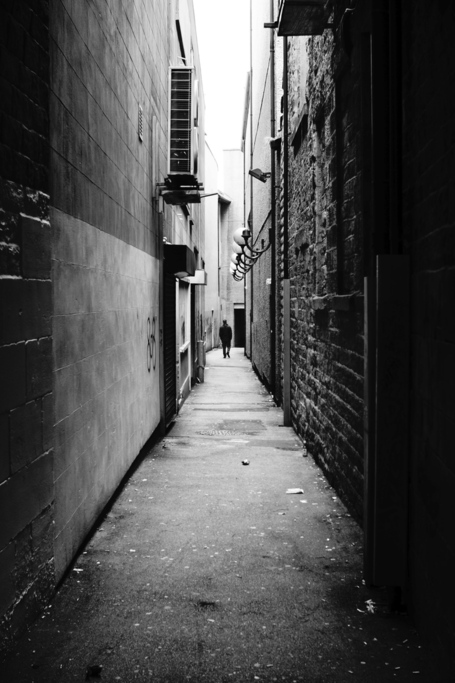 Image by me, Matthew Phillips

What do other Street Photographers think?

I spoke to Rinzi Ruiz recently and when I asked him for a quote about Google Glass he said this:
"Using a mobile phone for street photography is just great. It's definitely not as noticeable as a DSLR so getting candid shots is a little easier and the ability to process the photos in an app right away is a huge plus. The Google Glass should take it to the next level where you don't even have to lift your hand up at all to take shots because I think that's one of the main things that makes people take notice is action of lifting up a camera or phone to take a picture." - Rinzi Ruiz 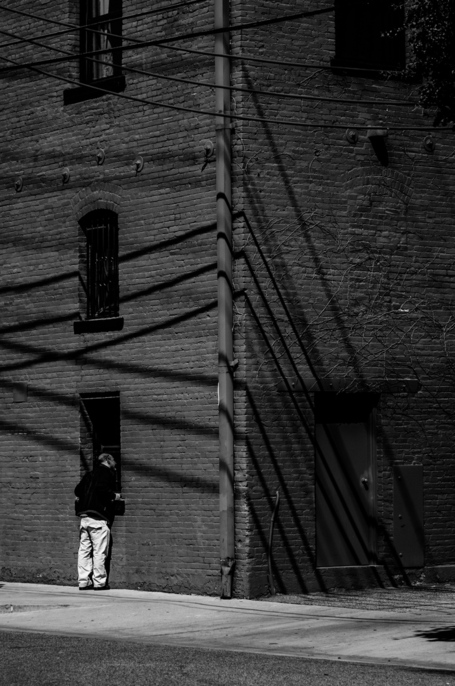 When I was searching twitter, Paul Donohoe tweeted me this:

@ma_ps_ @tsjmcgrath its too intrusive Im a street photographer not a spy why hide? it is not honest& glass will cause trouble for real SP 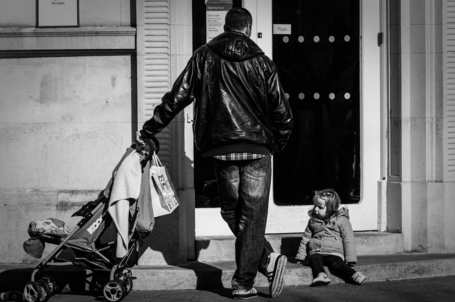 Glass has certainly recieved mixed reactions. Some love it, others loathe it. In its current iteration, a photographic tool, can it be efficient and useful as a dedicated camera or smartphone? Maybe, we've not seen results yet (but I'm guessing not). We have no proper controls and taking an image still requires us to talk or press a button. But if it could overcome these problems, would you use it for this? It really depends on who you are. I love the rangefinder experience so I use a BESSA-R despite being slow to focus and get correct exposure at times. It gets me OK results. Misho loves his iPhone. Rinzi uses a Fuji X100 and a Nikon D90. What almost all experienced street photographers say to me is find what you like to shoot with and use it. So if you have a camera which is useable and has good results, use it. Don't lust after the next generation or a 'better' camera because that camera probably isn't better. The best camera is the one you know. The one you use. The one you love to use.

Back on topic, Google Glass has potential for a street photography tool but without the control over the image you have with other cameras it may not give you the best results. And something that could be useful with Glass is hiding, is something you don't have to work on. You don't have to hide. Take photos and be a part of the scene. Go out and photograph, my friend.

Here is the full interview with Misho

If you want to see more stuff from me, I have twitter @ma_ps_, and I'm launching a site at tinyland.co.uk for which we have Facebook and Twitter accounts for. Following and liking tinyland would really help me out! Thanks for reading.