Recently I post about some features I'd like to see in Window Phone. From the post there seems to be mixed opinions about folders. One issued raise was how you would lose the functionality of live tiles by putting them in a folder. I had a think about this and below is my proposed solution.

As can be seen in the image the folder icon cycles round (imagine the same animation as current tiles) with the apps contained within the folder showing along with any notifications that they are displaying. There is a small icon in the bottom right hand corner to highlight the tile is a folder and not just an app. This is just one idea of how a folder could be differentiated and I would be interested in hearing other ideas on how to do this.

This folder concept can work with more than 4 apps as displayed in the images below. 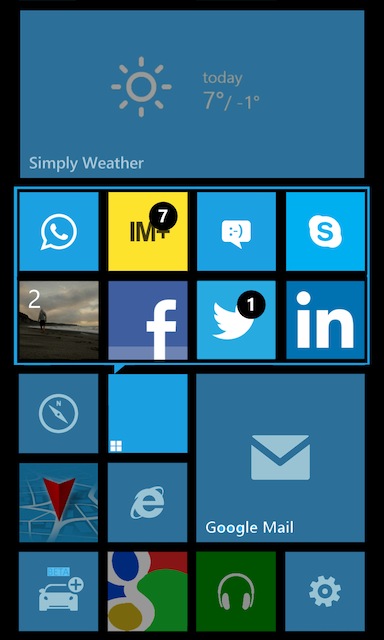 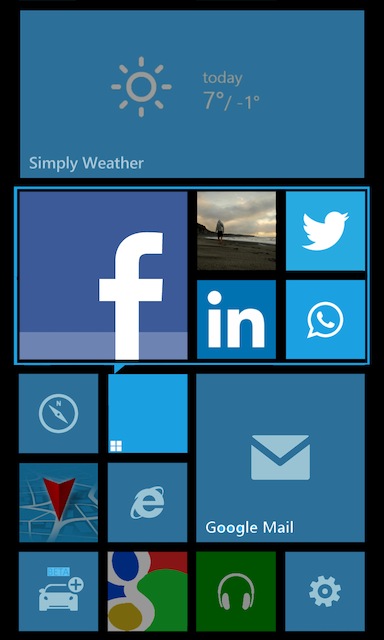 In the second image I have shown Facebook with a larger tile to allow for five apps to fit in the folder without a lot of empty space being left over.

So is this folder concept live enough to fit in on the home screen of Windows Phone?