Blue state: Microsoft's tricky strategy to strike back against Apple and Google

Can Redmond rethink 30 years of corporate culture to pull this off?

Share All sharing options for: Blue state: Microsoft's tricky strategy to strike back against Apple and Google

As it has countless times in the last decade, Microsoft once again finds itself at a crossroads.

Over the course of thirty-plus years, Microsoft rose to global dominance on the back of the desktop computer. But in the last decade, PC sales have been slowing as mobile devices become the next paradigm in personal computing. This presents some serious challenges for Microsoft; the problems are bigger than just finding ways to win with smartphones and tablets. The traditional method of selling boxed software or licenses to hardware manufacturers and big businesses is changing.

Microsoft is moving towards the cloud, and beyond that it sees Blue

After years of domination, Microsoft is finally facing serious threats at the cores of its business, Office and Windows. Consumers and businesses alike are largely purchasing devices based on their capabilities and form factors rather than the software contained within. Windows is slowly becoming commoditized and Microsoft’s traditional allies are looking at Android and Chrome OS as viable alternatives, a trend that threatens the Windows monopoly. Microsoft faces a tricky balancing act as it faces a future that’s very different from its existing business.

Protecting the two cash cows, Office and Windows, by licensing software to businesses and OEMs has long been the strategy in Redmond — but things are starting to change. Microsoft is moving towards the cloud, and beyond that it sees Blue.

Blue is a deliberately meaningless name

Blue is the continuation of a push for reinvention that began in 2012, when Microsoft launched new versions of Windows, Office, and Windows Phone, unveiled a new corporate logo, and surprised the world with two Surface tablets. While Microsoft’s hardware and software launches were the stars of the show, CEO Steve Ballmer also detailed a "fundamental shift" in Microsoft’s business model, saying the company is now a devices and services company, rather than just a software one.

Blue, the codename for a range of upcoming software and service updates, is a key part of this very shift. Microsoft chose Blue, a deliberately meaningless name, to focus on the products rather than the version numbers for the early milestones of development. While Windows Blue will adopt the Windows 8.1 moniker at retail, other updates in the Blue initiative have yet to receive final names. It's a simple push to align internal product processes and release software at an increased speed, making Microsoft more agile. Rather than a three year cycle for Windows releases, Microsoft will release upgrades every year. So will Blue truly bring much-needed change to Microsoft? Google used April Fool's as an opportunity to poke fun at Microsoft’s long-running claims that it would make big changes while clinging to the same old approach to its legacy businesses. Can Ballmer make Google eat its words? 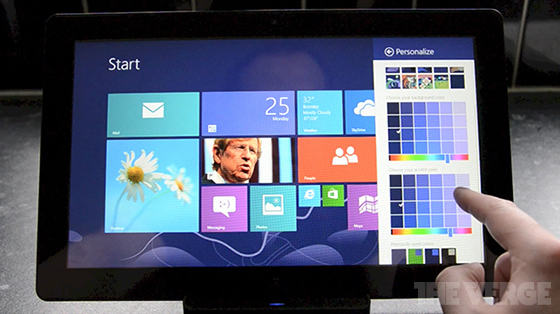 Microsoft knows that most consumers get Windows pre-installed on devices, rather than boxed copies, and the company is moving to acknowledge that. Windows 8.1 (Windows Blue) will be pushed to existing devices via the Windows Store at a low-cost designed to ensure users upgrade, similar to how Apple manages its yearly OS X upgrades. It will include improved cloud sync options, Bing integration, and changes for smaller 7- and 8-inch hardware. Lowering the cost for OEMs to build Windows machines is also an important part of Blue and the future of Windows, to ensure hardware makers continue to focus on Windows instead of Android, Chrome, or other open-source software.

Windows in the cloud

Blue is an effort to shape Windows into a base layer, sitting in the background, that lets Microsoft’s other divisions, and developers, build on top of for services and apps. “It's not surprising that Windows will be the core of all the different ‘Blue’ updates; it's a continuation of the strategy,” says ZDNet’s Mary Jo Foley. “That's why with Blue, Microsoft is believed to be moving to make the ‘app model’ across all of its Windows variants something that also is more shared / common.” Windows Services, the new name for Windows Live, will continue to focus on Outlook.com, SkyDrive, and Microsoft Account, along with new apps under an Inbox Experience team. Microsoft is moving towards an era where it may eventually sell access to Windows or its services as part of a subscription, in the same way it has started to do so for its Office 365 service. 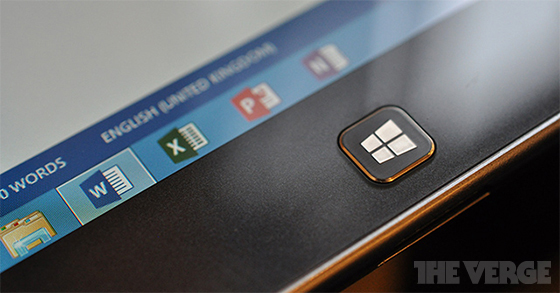 'Metro' versions of Office due later this year

Central to the Blue efforts is the idea that divisions should work more closely together, sharing product plans and further integrating how the apps, software, and services work. The telling case will be Microsoft’s Office software, which is a key part of Windows RT, but has not yet moved this across to the new Windows 8-style environment. In the Blue world, that disconnect would've never happened. In fact, Microsoft will deliver Windows 8-style “Metro” versions of Word, Excel, and PowerPoint later this year that include editing functionality that’s similar to the company’s Office Web Apps. Recent comments by Microsoft's Office president, Kurt DelBene, suggest that the company’s “Metro” versions of Office will include a subset of features that revert to the full desktop applications for greater editing control.

Windows Phone is also a key part of the Blue effort. The Verge understands that Microsoft is working to increase the number of experiences that sync from PC-to-phone. Xbox Music demonstrated this well in Windows Phone 8, but a future Blue version of Windows Phone will include sync hooks for the browser and content preferences. The goal is to ensure that Microsoft can surface relevant media for search queries on each device based on what content a user typically favors. For example, a search for Jazz will bring up your top tracks in the genre, whether you’re on a phone, tablet, Xbox, or PC. Bing will play a big part in assisting Microsoft with this, working as a platform to improve all of the company’s services. Microsoft's competitors already do a good job here, so this is largely aligning its own efforts to catch up. 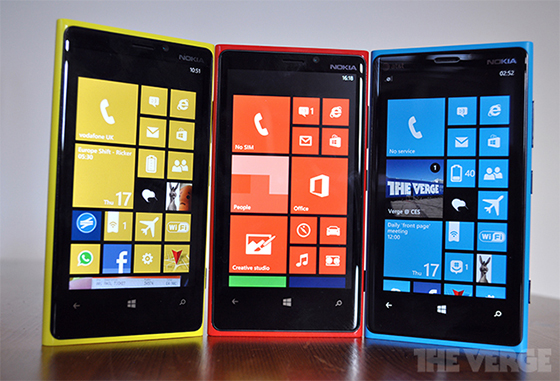 Inside Microsoft, divisions have traditionally not always worked together closely

Achieving all these goals will be painful. This concentrated effort across all of Microsoft to improve its integration will require big engineering changes. Microsoft’s divisions are set up to deliver updates at a slower pace and speeding things up is challenging, not just internally, but also for customers and big businesses that have become accustomed to the current pace of development. And inside Microsoft, divisions have traditionally not always worked together closely, or have built products on a number of different Microsoft developer platforms. In the past, developers have had a mixed choice of development platforms on top of Windows that Microsoft has often killed off in many cases.

The unification around Windows 8 and a single runtime, WinRT, allows Microsoft’s own software developers to focus on building apps for the new “Metro” platform. "WinRT could be the platform that the company builds on to take them into the future, but this is by no means an inevitability," says Ars Technica's Peter Bright. “We've been here before, after all: once it was .NET that was to be the unified platform, as part of Microsoft's grand Longhorn vision [which ended up shipping in the lesser form of Windows Vista]. Bright says he’d be “very wary” if he were a Microsoft developer, citing a lack of commitment by Microsoft about its plans to improve the “Metro” environment and its associated APIs and developer tools.

And developer skittishness isn't Microsoft's only problem: not every product and service aligned with Blue will deliver at the same time, which suggests that Redmond still needs more time to get all of its gears turning in sync. The plan is that the products will be updated on a yearly basis once aligned, but the initial release of Windows Phone Blue will follow Windows Blue.

This disconnect highlights the engineering struggles of a significant move to speed up Microsoft’s software upgrades and align to integrate. While Windows Phone is based on the core of Windows 8, any closer integration will land after Windows 8.1. The other shift with Blue — software as a service — also requires consumer buy-in, moving from a product you own to something you rent and pay for annually or monthly. If Windows and Office are truly becoming commoditized then Microsoft has to convince the average customer that it’s worth paying to access its software and services in a move away from traditional licensing. It’s a big ask, and Office 365 subscriptions are a testbed for moves elsewhere in the company.

You're never really too big to fail

Blue strongly suggests that Microsoft knows it’s behind in some key areas of integration and it’s playing catch up aggressively. It has the resources and experience to tie things together, but over the past few years it has felt like a constant waiting game with certain products like Windows Phone and tablets. Confusing marketing often makes it difficult for consumers to understand the message and benefits of Microsoft’s offerings, despite the fact they’re delivered on time. If Blue increases the focus on simplification and integration — without slipping launch dates — then it might just be the start of revolution that the giant has always promised. If it’s still slower than the competition and fails to push the pace, then competitors will be ready and waiting to take over while Microsoft balances its transition. You’re never really too big to fail.