Timehop CEO: 'Reminiscing doesn’t have a home online yet'

Share All sharing options for: Timehop CEO: 'Reminiscing doesn’t have a home online yet'

Jonathan Wegener is CEO and Founder of Timehop, an app that plugs into services like Facebook, Twitter, and Instagram to show you what you were doing one year ago today. Prior to founding Timehop, Wegener hacked together 4SquareAnd7YearsAgo, an app that surfaced old, nostalgic Foursquare checkins. Wegener took a few minutes to talk to The Verge about the first app he ever coded, a future filled with personal assistants doing our chores, and why it took so long to find a place to reminisce online. You can find him on Twitter at @jwegener.

What are you doing right now?

Your Twitter avatar shows you eating a rainbow-colored apple. What’s that about?

"It’s a wide-open playing field if you can figure out how to make a compelling product."

Why did you start Timehop?

We built 4SquareAnd7YearsAgo at a hackathon two years ago and it caught on. People loved the product and stayed engaged with it consistently, so we decided to double down on it and work on it full time. Nobody had built anything interesting in the space — dealing with historical stuff and being about your personal memories. It’s a wide-open playing field if you can figure out how to make a compelling product.

What tools and apps couldn’t you live without?

You’ve called Timehop "the ultimate digital history experience." What does that mean, and what does that look like a few years down the line?

Our goal is to build Timehop into the place to reconnect with friends online. Reminiscing doesn’t have a home online yet and we want to be that place. What that looks like I’m not sure. We’re figuring it out as we go.

What companies in tech do you feel have the most potential to change our daily lives?

I really really like the personal assistant / errand space: TaskRabbit, getMaid, WunWun, FancyHands, etc. I use and love them all. I think those are going to make our lives so much easier. I also think the transportation space is awesome and I love Lyft, Sidecar, and Uber.

How do you stay focused while at work? 5-Hour Energy? Pushups during lunch? Quick breaks in the holodeck?

I plug into a good album on Rdio, put on my headphones, and I focus on a single task at a time. I avoid multitasking as much as possible and give myself long stretches of uninterrupted time to focus and get deep into my tasks. I delegate as much as possible — either to my coworkers or to contractors / service-people, etc.

What was the first line of code you ever wrote?

The first memorable app I built was a QBasic script that animated the New Year’s Eve ball drop. It drew a circle on the top of the screen then redrew it a pixel lower each time, counting down from ten until it said "HAPPY NEW YEARS" 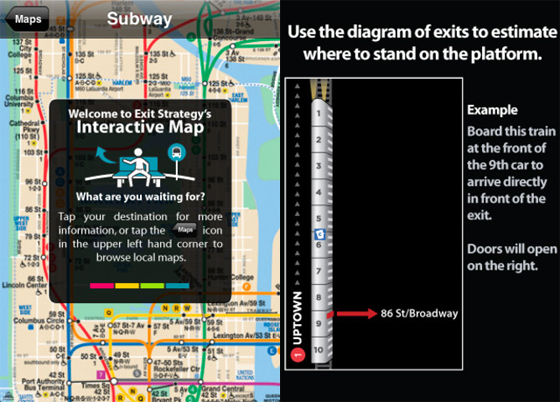 You once created an app called Exit Strategy to help travelers save time by getting on the right subway car. Are you ever going to update it? What other little problems would you like to fix?

Yes, I am going to update it — stop nagging me, Mom! I think people underestimate little problems. If you can figure out how to make peoples' lives one percent better through some little utility or hack or application, they’ll love you for it and they’ll pay for it. Exit Strategy is an example of this. So is Dropbox, RetailMeNot, Slickdeals, CloudApp, and lots of other successful services.

"If you can figure out how to make peoples' lives one percent better, they'll love you for it and they'll pay."

What percent of people check out their Timehop every day?

Close to 40 percent. For a mobile app, that’s huge.

How do you plan to monetize Timehop? Why will that plan work?

We’re focused on growth first, monetization second. Once we get big (millions of users) we shouldn’t have a problem figuring out a way to monetize. But I believe in solving one problem at a time, and right now we’re focusing on growth.

What album has been the most important in your life?

Probably Beastie Boys’ Hello Nasty. It was the first CD I ever owned, and I’ll never forget the first time I put it in the CD player and listened to it straight through. I had never really been into music before that.

What obsolete gadget do you miss using the most?

A car, but I consider cars obsolete. The idea that everyone in the world should own 4000 lbs of metal and get a new one every few years is just crazy. With that said, I love driving — the power, the ability to go anywhere. I’m a big Zipcar fan and think that biking, trains, and mass transportation combined with Zipcar is the future of American transportation.

Read more 5 Minutes on The Verge