An exploit shared on a Russian gaming forum has allowed users to bypass protections on Ubisoft's uPlay games distribution platform, offering access to the company's complete line-up of PC titles, including those that are yet to be released. According to Gameranx, the software tool is able to fool Ubisoft's uPlay into recognizing a user is authorized to play games they do not already own, which has enabled some users to download copies of Far Cry 3: Blood Dragon for free and without DRM, even though the game is due for release on May 1st.

Users have been able to download 'Far Cry 3: Blood Dragon,' which has yet to be released

Copies of the game have been shared to Bittorrent tracking sites and video walkthroughs of the game have been uploaded to YouTube and other video-sharing websites. While Ubisoft has been working to limit the damage, forum members (which we have not linked, for safety reasons) indicate that the hole in Ubisoft's games management tool has been open for a number of weeks, silently allowing users to download any number of the company's PC titles. 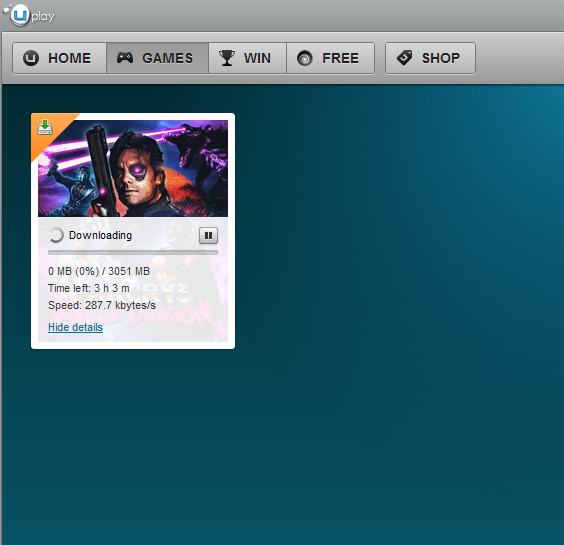 The security issue comes at a time when games publishers are debating whether to employ "always-on" DRM inside games in an effort to reduce piracy. The leak of Far Cry 3: Blood Dragon' will do little to reverse the decisions of those already considering such a move, frustrating those that download their games via legitimate sources. We have contacted Ubisoft for comment on whether the issue has now been resolved and will update should we receive a response.

Update: Polygon reports that Ubisoft has shut down its uPlay download and DRM service in wake of the exploit. An Ubisoft spokesperson told Polygon that no personal information was compromised, and that uPlay will be "unavailable until the problem is fixed however all other uPlay services remain available."