Android 4.3, a new messaging system, Chrome OS changes, and a lot more could be on their way to Moscone Center

Share All sharing options for: Google I/O 2013: what to expect in gaming, Glass, and more

Google I/O — Mountain View's biggest event of the year — returns to San Francisco later this week for an event highlighted by a massive three-hour keynote presentation on Wednesday. The annual conference is ostensibly aimed at developers, who will spend three days in sessions learning how to build for Android, Chrome, and a host of other Google products and services. Google's new head of mobile, Sundar Pichai, has said this year's event will not be as focused on consumer products as in years past. There won't be "much in the way of launches of new products or a new operating system," Pichai told Wired. That may be the case, but we still expect Wednesday’s keynote to be stacked with product news.

Big announcements at I/O have become a company tradition. In 2011, the first Chromebooks were announced; last year, Google gave Glass its public debut with a spectacular livestreamed skydive onto the roof of Moscone Center — not once, but twice. This year, speculation has focused more on software: messaging, maps, Google TV, and the next iteration of Android. But we wouldn’t be surprised to see a hardware announcement or two as well.

The Verge will have a full team at I/O, bringing you a liveblog, stories, photos, and video from the event. Until then, here’s a guide to the major announcements we’re looking for when executives take the stage Wednesday.

Android 4.3: With Android 5.0 (likely codenamed Key Lime Pie) reportedly still in development, we may have to settle for a more incremental Jelly Bean update in the meantime. Android 4.3 is already showing up in server logs, and is said to finally support Bluetooth Low Energy (BLE) and the OpenGL for Embedded Systems 3.0 graphics specification. BLE is designed to conserve battery life on mobile devices that connect to peripherals like speakers and smartwatches; OpenGL enables advanced visual effects for gaming and graphics-intensive applications. Those are the features we believe are most likely to be part of 4.3 — a small list, to be sure. The update will likely contain more, but so far Google has managed to keep it mostly under wraps.

Gaming center for Android: Google Play Services leaked over the weekend, suggesting a forthcoming Android equivalent for iOS' Game Center. The suite of services appears to include achievements, in-game chat, matchmaking, cloud save syncing, and leaderboards. The services also appear to integrate with Google's MyGlass app, according to some code snippets spotted there. Possibly related: the company recently hired a chief game designer.

The future of Google’s Web apps: Last year Google acquired most of the team at HP behind Enyo, the HTML5-based application framework that debuted on the TouchPad. Since then we haven’t heard a peep from the former Enyo engineers. Meanwhile, this year Google announced Blink, a new rendering engine built to speed up the Web. Given all that, it seems noteworthy that reports have surfaced suggesting we’re about to see a refreshed version of Google Maps and — as spotted in The Verge forums — Gmail. If the Enyo team is working on new stuff around HTML5 and Google apps, I/O could mark their big debut. 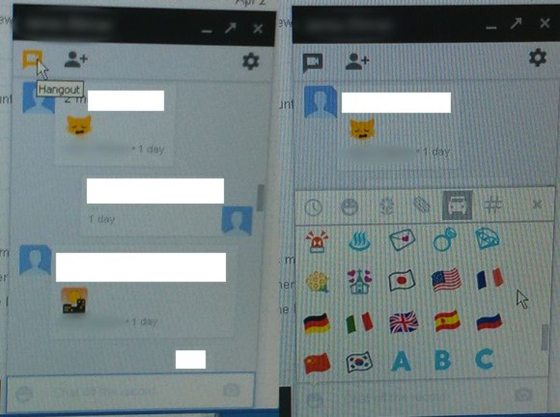 Messaging: Some of the loudest chatter in the run-up to Google has centered on the possibility of a new cross-platform messenger service. Codenamed Babel, the iMessage rival will reportedly sync messages across Android, Chrome, iOS, Google+, and the Gmail web client. At a time when messages are fragmenting across an ever-increasing number of apps, Google’s solution could pose an immediate threat to up-and-comers like WhatsApp and Kik as well as carriers’ lucrative SMS revenues. More important: this thing is said to have 800 emoji.

Google TV: Google hasn’t told us what to expect from its perennially underperforming smart TV division, but it did tell us to expect something: "Stay tuned for #GoogleTV news at I/O," the company said in March in a post on Google+. Consider us tuned.

Google Play music subscriptions: We know Google Play is negotiating with labels to create a Spotify-like service for on-demand music streaming. (Somewhat strangely, so is Google-owned YouTube.) It’s not clear that the deals are done yet — but if Google can get the contracts signed, I/O would be the perfect place to announce it.

Google Glass: Glass debuted this year in an "Explorer" edition designed to encourage developers to build new experiences. Expect to hear from a handful of carefully-chosen developers showing off the cool stuff they’re doing with wearable technology.

Daydreaming about the return of the Nexus Q

And what about hardware? Unlike last year, credible rumors about new hardware at I/O are in short supply. We’ve heard whispers of a Nexus 4 with LTE, a Nexus 7 tablet with improved specs, and even a smartwatch under development in the Android unit. Others are daydreaming about the return of the Nexus Q (update: sources tell AllThingsD that the company will have no Nexus Q announcements at I/O). Still, it’s hard to tell whether those rumors are based on firsthand knowledge or just wishful thinking; we haven’t confirmed those reports ourselves. Worth noting: we hear fewer press invites went out to I/O this year, suggesting there may not be as much hardware to show off.

The Verge will have live coverage throughout the event, so plan on follow along with the announcements with us in real time right here.

Google I/O 2013: everything you need to know