Since March, rumors have been swirling of a Motorola phone said to have considerably more influence from its corporate parent, and now we're seeing the biggest evidence that this phone will be coming soon. A new FCC filing has revealed a Motorola phone (model XT1058), and an image of the phone's back matches right up with the leaks we've seen. There's also some info on where this phone might end up — it comes with both of AT&T's LTE bands as well as support for the carrier's legacy 2G, 3G, and HSPA networks. There's no CDMA support, so this phone seems to be a shoo-in for AT&T, and the inclusion of both 850Mhz and 1900MHz means the phone is futureproofed in case AT&T decides to add LTE to those bands down the road. There's still no word on when this phone might break cover, and few specs have been rumored thus far, but this filing means we'll likely know more before too long. Unfortunately, it's probably too much to ask for this phone to be introduced at Google's I/O event, which kicks off later this week.

Update: The headline originally suggested that this was definitively the Motorola XFON; we've updated to indicate that although it matches up with leaks thus far, it could be another device. 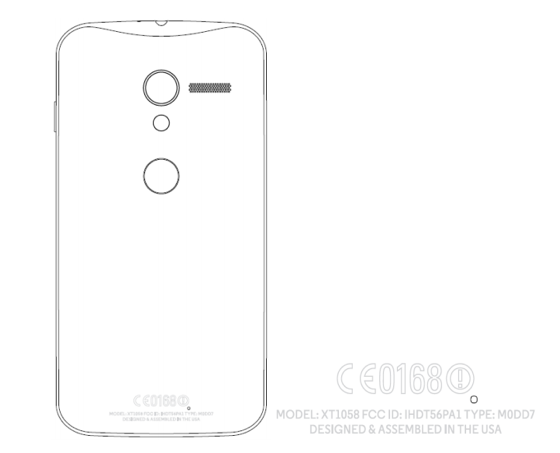