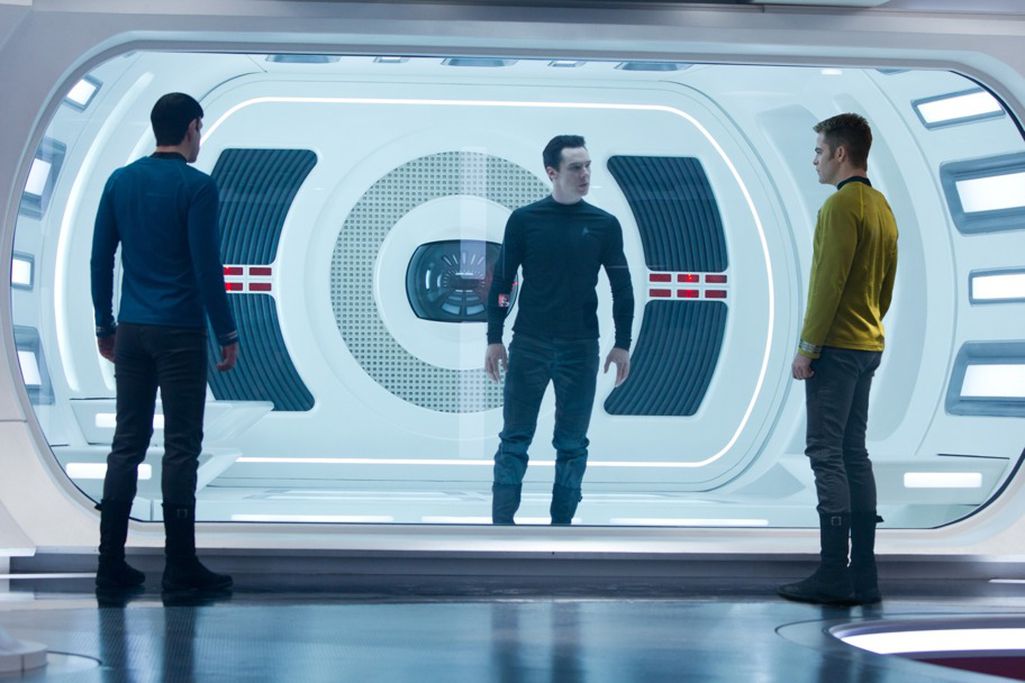 In 2009 J.J. Abrams reimagined Star Trek, turning Gene Roddenberry’s near-utopian vision into a high-octane summer action ride. Rather than simply creating a prequel, however, Abrams opted to fork the Trek universe with a bit of time travel trickery and some heavy lifting from Leonard Nimoy. The result was a massive hit that set the stage for a new series of adventures unencumbered by more than 45 years of canon.

Now comes Star Trek Into Darkness — but instead of taking advantage of that fresh start, the movie goes in the opposite direction. Leaning on its predecessors to an even greater degree than the 2009 reboot, it’s a film that that can be taken in wildly different ways depending on what the viewer brings to the table. If you loved the 2009 film, you’ll see more of the same wall-to-wall enjoyable summer action. If you have a strong attachment to earlier Trek films, however, you may walk out of the theater very angry.

Darkness opens exactly as you’d hope — with the crew of the Enterprise in the midst of a massive action sequence trying to save a doomed planet. They manage to save the day, of course, because that’s what happens in Trek — but Chris Pine’s headstrong James T. Kirk finds himself quickly reprimanded for violating Starfleet protocol and is stripped of his command. A devastating terrorist bombing on a research facility quickly changes the calculus, however, and after a follow-up assault Kirk is back in command. His mission? Hunt down the fugitive responsible: Benedict Cumberbatch’s John Harrison.

There’s been an intentional veil of mystery around Cumberbatch’s character since the actor was first cast, the popular theory being that he’s actually Khan Noonien Singh, an original series villain who also headlined Star Trek II: The Wrath of Khan. Harrison’s twists and turns aren’t something I’m going to address here either way — that’s what our spoiler discussion thread is for — but the actor delivers a quietly menacing performance that is perfectly modulated for Darkness. Fans of Sherlock know how watchable Cumberbatch can be, and his cold detachment works better here than the bombast of Eric Bana’s Nero did the first time around. We’re never quite sure if we can take him at his word, even later in the film, and it makes watching him toy with Kirk and Spock (Zachary Quinto) that much more entertaining.

Visually the film is glorious, with director of photography Dan Mindel and production designer Scott Chambliss returning for a second round. The Apple Store look of the Enterprise’s bridge contrasts with the primary colors of the costumes, and Harrison’s all-black ensemble frames him as the classic Western villain. Futuristic San Francisco is a particular standout: part familiar terrain, part utopian dream. The film was partially shot in IMAX — certain scenes go full-screen, a stylistic choice that Christopher Nolan used in The Dark Knight — and was post-converted to 3D. Together the combination makes for a fully immersive ride, drawing the viewer in rather than pushing them away. (And yes, the lens flares pop as their own 3D elements.) 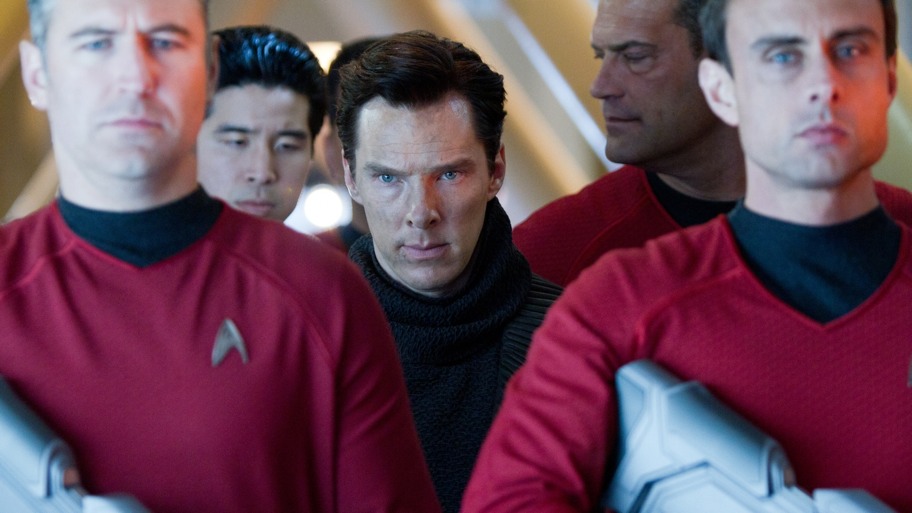 The same high-production sheen transfers to the action sequences. For the most part, this is a tight summer movie spectacle executed efficiently and effortlessly. From some particularly brutal fist fights to the ship-to-ship battles, the film hits every note just right. It’s clear that Abrams is growing into an even more confident action director, and Into Darkness offers some of the best examples of visual dynamism that we’ve seen this year.

Despite all the flourish in its execution, a distinct lack of stakes undercuts the adrenaline rush of Into Darkness. The film briefly touches on terrorism and how it changes people, but it uses those themes as broad framing devices rather than as an opportunity to add real heft. Several sequences fall victim to videogame syndrome; one was so shameless I kept waiting for a power-up notification to appear on Kirk’s heads-up display.

The result is a movie where nobody ever truly feels in jeopardy — and as a consequence Into Darkness never earns the payoffs it’s reaching for. When Kirk is deprived of his command early on, it feels like a perfunctory first-act speed bump, not a true obstacle to overcome. Unlike the 2009 film, which took care to give each crew member their own story and moment to shine, Into Darkness glosses over characters in the midst of battles and explosions. It begins to feel like the film is counting on the goodwill and familiarity audiences have with Bones, Uhura, Scotty, and Sulu to fill in the gaps. 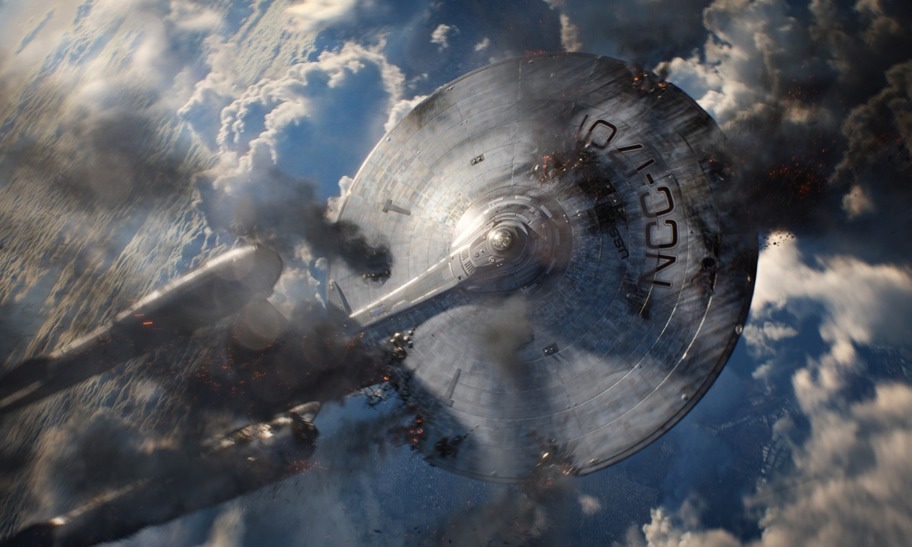 Which brings us to The Scene. Again, I’m not going to go into spoilers, but there is a pivotal sequence in Star Trek Into Darkness that had the potential to be a gutsy, powerful moment that could have truly surprised audiences. Instead, the filmmakers opted for a carbon copy of a seminal moment of Star Trek lore. And I’m not exaggerating when I say carbon copy; there are specific lines of dialogue, beats, and visual moments recreated verbatim.

Taken simply as a tongue-in-cheek nod — quite common in Abrams’ Trek universe — it’s great. But because it’s also one of the film’s most important moments, it’s hard to escape the feeling that Abrams is using the callback to lend Into Darkness a gravitas it simply doesn’t create on its own. If you know the original scene they’re aping, it feels like a sneering cheat. If you don’t, it’s just another event that happens — one the audience knows will have zero repercussions. 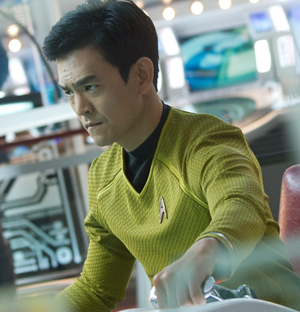 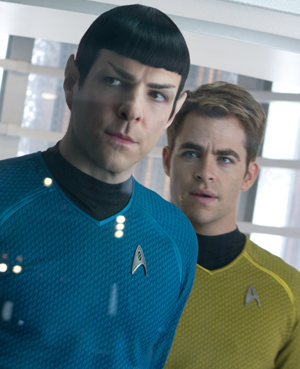 While it’s just one moment amongst many, The Scene exemplifies the larger problem with Into Darkness. Rather than striving for surprising reversals and story beats, it’s far too focused on being clever — and while the occasional nudge-nudge wink-wink is fun, that only goes so far. Rebooting the series gave audiences the opportunity to care about old characters in a new way, but the film fails to advance that project. It wouldn’t be so frustrating if the creative team behind the movie wasn’t capable of such incredible work. Abrams’ early television work trafficked almost entirely on character and emotional dynamics; it’s that same touch that gave Super 8 such sparkle and oomph. The fact that it’s missing here is just a wasted opportunity.

In terms of sheer spectacle, there’s no denying that Star Trek Into Darkness delivers. For all the build-up, hype, and hope leading up to the film, it’s just a shame there isn’t a whole lot more.

Star Trek Into Darkness is currently playing internationally. It opens in the US in IMAX theaters the night of May 15th. To discuss the film, spoilers and all, join our discussion in the forums!