Source Yahoo | Via The Next Web

Yahoo's homepage just got an upgrade courtesy of Twitter — a new partnership between the two companies will bring selected tweets to Yahoo's homepage as part of its news stream feature. Yahoo's newsfeed, which simply aggregates content from across the web under some broad categories like 'local' or 'entertainment,' will include relevant tweets alongside its standard list of articles, though it isn't clear exactly how tweets will be chosen to appear. Yahoo CEO Marissa Mayer announced the update in a blog post today and says that the feature will start rolling out on the web for desktops and mobile devices over the next few days. Given the ever-increasing role that Twitter plays in breaking news across basically all categories, this is a pretty logical step for Yahoo if it wants to filter its users to useful sources. 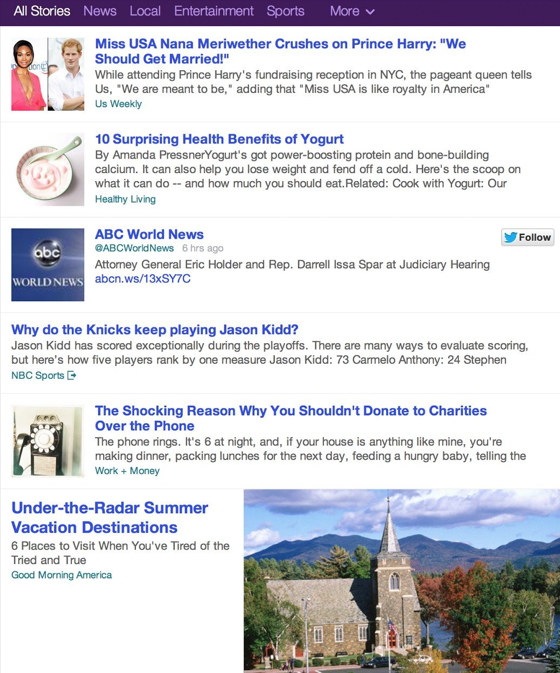