Things are heating up fast in the far north. The lands and sea of the Arctic — which have been ice-filled, inhospitable and treacherous for most of human history — are experiencing the effects of climate change more rapidly than anywhere else on Earth. All of the Arctic’s sea ice is expected to melt completely, every summer, beginning around 2050 or sooner, according to one recent study, clearing the way for unprecedented oil and gas drilling. But oil companies and world governments aren’t waiting until then to spur an oil boom in the Arctic — they’re starting now.

Just this week, the Arctic Council, an intergovernmental group made up of the US and seven other countries that share the Arctic border, met in Kiruna, Sweden, and announced a new agreement to cooperate on Arctic oil spill response. "That’s an important framework for cooperation in the event of an emergency," said US Secretary of State John Kerry ahead of the signing. "And as the United States was reminded painfully in the Gulf of Mexico three years ago, we need strong partnerships and shared operational guidelines before a disaster occurs in order to make sure that we’re able to respond."

"we need strong partnerships and shared operational guidelines before a disaster occurs."

Oil companies note they have already been operating in the Arctic for decades, but this has mostly been focused on exploration, surveying, and other research to prepare for drilling. Oil companies first attempted to drill in the Canadian portion of the Arctic in the 1970s and '80s, but found the terrain difficult and the supply of oil insufficient to justify the risks and costs. 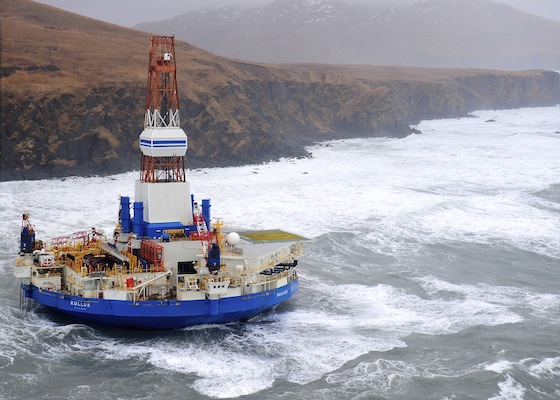 Actual drilling beyond the initial attempts in the Canadian Arctic has been slow to come in part due to court filings by wildlife conservation groups which seek to halt initial developments over environmental concerns. Despite that, there have already been several oil industry-related disasters in the Arctic, albeit minor ones. Royal Dutch Shell (better known as Shell in the US) saw one of its Alaskan offshore rigs drift dangerously close to shore and suffer an engine fire in 2012, while the company’s other Alaskan drilling rig ran aground off an uninhabited island on New Year’s Eve this year and was damaged, though no fuel was reported leaked. The incidents, combined with regulatory scrutiny by the US government, prompted Shell to halt its Alaskan offshore oil drilling plans for at least the rest of this year. Still, "Shell remains committed to building an Arctic exploration program that provides confidence to stakeholders and regulators," said Marvin Odum, director of Shell’s Upstream Americas division, in a statement.

Meanwhile, the Arctic Council’s new oil spill cleanup agreement has been heralded as something of a coming of age for the group, which was founded in 1996 largely as a symbolic organization. In recent years though, the Council has taken on far more serious auspices, enacting legally-binding international agreements to cooperate on Arctic search and rescue in 2011, and, this year, on oil pollution. Despite what would seem to be the Council’s proactive move to deal with what would seem to be an inevitable emergency in the Arctic, environmentalists warn that this year’s agreement could further facilitate the destruction of animal habitats and the indigenous communities who call the region home. 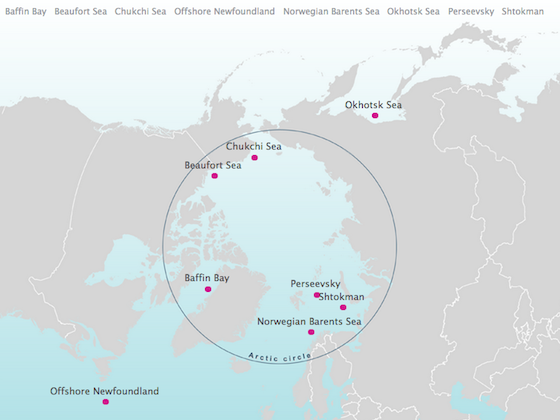 "This agreement is so vaguely written that it will have very little practical value in increasing the level of preparedness for an oil spill," said Ben Ayliffe, head of conservation group Greenpeace International’s Arctic Oil division, in an email to The Verge. "If this is the best the Arctic Council can do after years of work, then heaven help us."

"The Arctic is the defining environmental battle of the early 21st century."

Greenpeace advocates protested the Arctic Council’s latest meeting on May 14 and 15, by organizing a rival conference, The People’s Arctic, which was designed to rally indigenous Arctic communities to oppose the unrestricted economic development of the Arctic’s vast oil and mineral resources by multibillion-dollar corporations. The Arctic is estimated to hold between 13 percent and 25 percent of the world’s undiscovered oil deposits, and up to 30 percent of its undiscovered natural gas deposits, according to estimates by governments and oil companies. "The Arctic is the defining environmental battle of the early 21st century and Greenpeace aren’t going to stop until we’ve won," Ayliffe said. 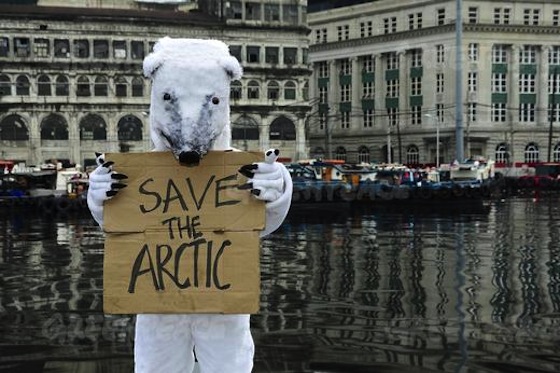 But as it turns out, the current US government supports oil drilling in the Arctic. "Continuing to responsibly develop Arctic oil and gas resources aligns with the United States ‘all of the above’ approach to developing new domestic energy sources," reads a key line in the new US National Strategy for the Arctic Region released by the White House last week. For environmentalists, the new US strategy seems odd, given the Obama administration’s messy experience dealing with the Deepwater Horizon oil spill in the Gulf of Mexico in 2010, and its general opposition to other prominent oil projects at lower latitudes, like the Keystone XL pipeline. At worst, it smacks of an outright betrayal of President Obama’s stated commitment to cutting down on US fossil fuel emissions.

"Continuing to responsibly develop Arctic oil and gas resources aligns with the United States ‘all of the above’ approach."

"It’s certainly strange seeing President Obama making such strong statements on finally tackling global climate change, but then opening up the frozen north — the one place that is warming faster than anywhere else on the planet and where sea ice is entering what scientists are calling a ‘death spiral’ — to the oil industry," Greenpeace’s Ayliffe said.

More broadly, the entire Arctic Council is in many ways at odds with itself. The eight members on the Council — Canada, Denmark, Finland, Iceland, Norway, Sweden and Russia — each vary fairly widely when it comes to the relative size and power of their domestic oil industries, as well as their support for alternative energy. The government of Sweden, for example, committed to establishing an "oil-free" economy in 2006, but was ousted by another government that does not support this plan. Canada, once a beacon of environmentalism, has seen wide expansion of oil and gas development under its conservative Harper government. But the newly elected government of Greenland, which is considered part of Denmark for the purposes of the Council, recently enacted a moratorium on new offshore oil and gas drilling licenses in Arctic waters. 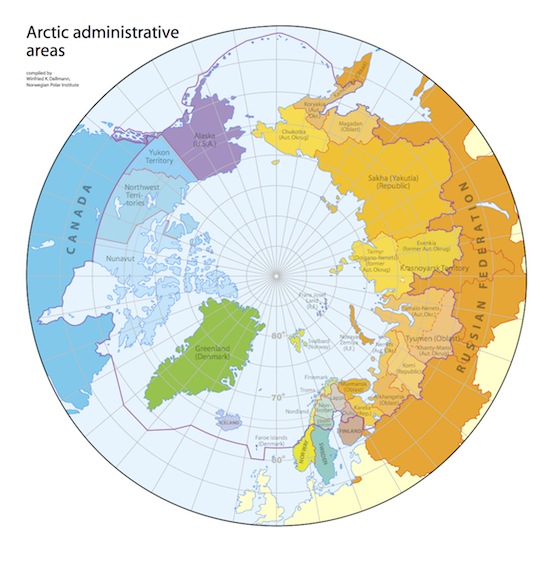 Complicating matters is the fact that the Arctic territorial claims of each of these countries, which oil companies need to lease, are disputed. Russia tried to assert a claim over the North Pole in 2007, but Denmark and Norway also say they own a part of it, and there are numerous rival claims to Arctic waters. While small diplomatic skirmishes have broken out and been resolved, there have yet to be any serious conflicts. Going forward, the US and other Arctic Council countries have said they want to preserve that status quo, but this will surely become harder as oil and gas companies ramp up their developments.

For environmentalists, the forecast for the future of the Arctic appears grim, but they have latched on to one recent silver lining: oil companies running into serious technological and regulatory challenges to drilling the Arctic. Since Shell announced its pause in Arctic drilling earlier this year, competitors Statoil and ConocoPhillips have both paused or adjusted their Arctic oil development timelines, many citing variations of "regulatory uncertainty." Other oil companies are looking to Russia, where the regulations are less strict, but getting approval there could still take years. "If we’d have believed the oil industry five years ago we’d now be witnessing a massive boom in the Arctic oil industry," Ayliffe said. "We were told it was inevitable, just a matter of time. But that hasn’t been the case and many companies have had their fingers burnt ... The technical challenges remain extraordinary. No one has found a way of cleaning up oil spilled in ice."