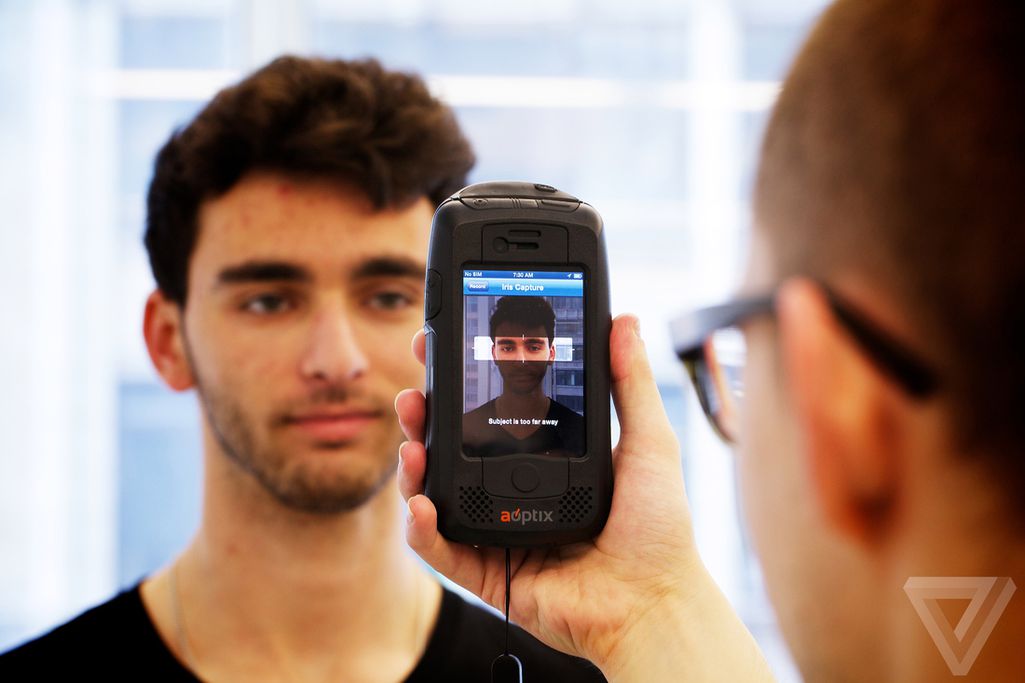 Last month, a company called AOptix unveiled its latest creation, pitched as a game-changer in the world of iris recognition. In less grandiose terms, it's basically an iPhone case for cops, providing military-grade biometric scanning on the move. The AOptix shell is built to provide everything an officer needs to process a suspect on the spot. There's a fingerprint scanner on the back, the capacity for facial recognition, and the new guest at the party: an iris scanner. The camera's a little tricky — you have to hold it a little less than a foot away, and keep it steady for a few seconds — but otherwise, using the Stratus is like taking pictures with a heavier, clunkier iPhone. Crucially, it's small enough to hold with just one hand, so the officer using it can still reach for his gun. 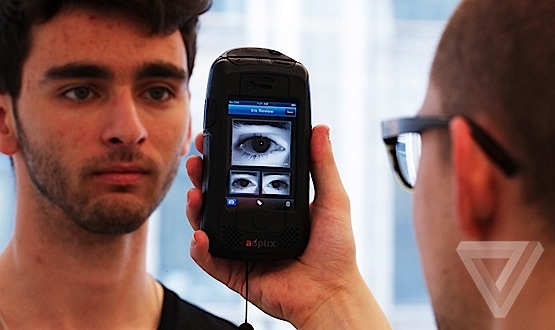 Or maybe not a police officer at all. The Stratus has only been on the market a few weeks, but AOptix is already pitching it for use at border crossings and in airport security. The US Department of Defense is interested too, and provided a $3 million grant for AOptix to develop the tech further. Once it's normalized, scanning your iris could become as routine as swiping a credit card. "We really feel it's going to be an inflection point in the biometrics industry," AOptix marketing director Joey Pritikin told The Verge. "We can do business, we can conduct health care, we can go to disaster areas. This will really open up new markets." After years of lurking in the margins, AOptix thinks iris scanning is ready for the big time.

Outside of the West, it's already there. Hundreds of millions of Indians have already been iris-printed, along with thousands of Iraqi civilians and anyone who goes through customs regularly in Dubai. It's the gold standard of a modern ID program, easier than fingerprinting and more stable than facial recognition. All you have to do is look at the camera and open your eyes. And unlike in retinal scans, the scanner doesn't need to be up close. It's just a photograph, taken in infrared, which in theory could work if taken from across the room.

If this sounds familiar, it's probably because you saw something like it in Minority Report, where omnipresent eye-flashers identify everyone who walks through a public plaza, targeting ads at them and feeding the police information about their every move. Even Pritikin acknowledges the precedent, saying, "Tom Cruise did not do us any favors." But within the industry, the product is less exotic, just the latest and best solution to the persistent problem of quick, reliable identification. What does the world look like when proving ID is as easy as taking a photograph? Like it or not, we're about to find out. 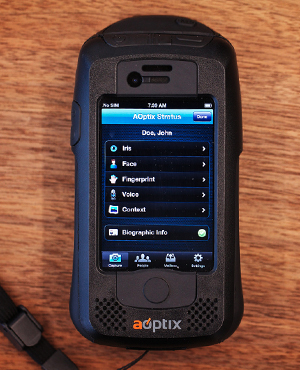 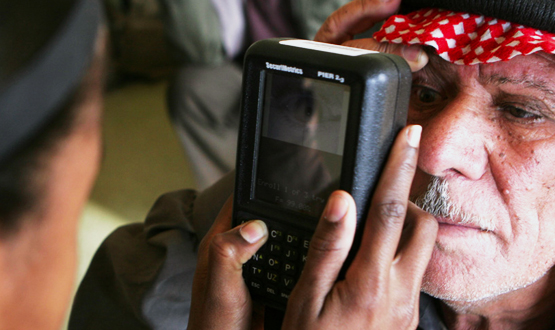 Like a lot of technologies, iris recognition’s first big rollout came at the hands of the US military. Soldiers needed a way to keep track of Iraqi civilians, most of whom weren't carrying photo ID. A company called MorphoTrust built the HIIDE, a two-handed iris scanning device. If the military was investigating the aftermath of an IED, HIIDE allowed soldiers to iris-print everyone in the vicinity and check the results against a database of previous suspects. When dealing with possible enemy combatants, privacy concerns simply weren't an issue.

The technology then took a familiar path from the military to law enforcement, ultimately aiming at the civilian world. As soldiers got comfortable with the tech, they started using it on friendlies too, verifying non-US nationals who wanted to work on the base. Fingerprinting a line cook every morning would have been too unwieldy, but handheld iris scanning was fast enough to work in a situation where a false ID might be a matter of life or death. Once iris scanning had been proven on the battlefield, it moved to federal law enforcement, doing duty at customs offices and border crossing sites.

If you find yourself flying into Dubai, you can see it in action. The city’s airport recently made the switch to an automated two-gate customs system, also made by AOptix. Scanning your passport opens the first gate; an iris print opens the second. Once the system is fully deployed, the company says it will bring wait times down from 49 minutes to 22 seconds. A private company called Clear is already trying this on an opt-in basis in the US. In exchange for a quick iris scan, their service will let you skip security in half a dozen American airports.

The bargain is simple enough: In exchange for one more biometric, you get to skip an hour in customs, or the indignity of a TSA checkpoint search. And as an ID technology, it simply works better. It's less invasive, harder to fake (although still possible), and more effective at everything we want ID tech to be good at. Of course, that same effectiveness makes a Minority Report future all the more plausible. 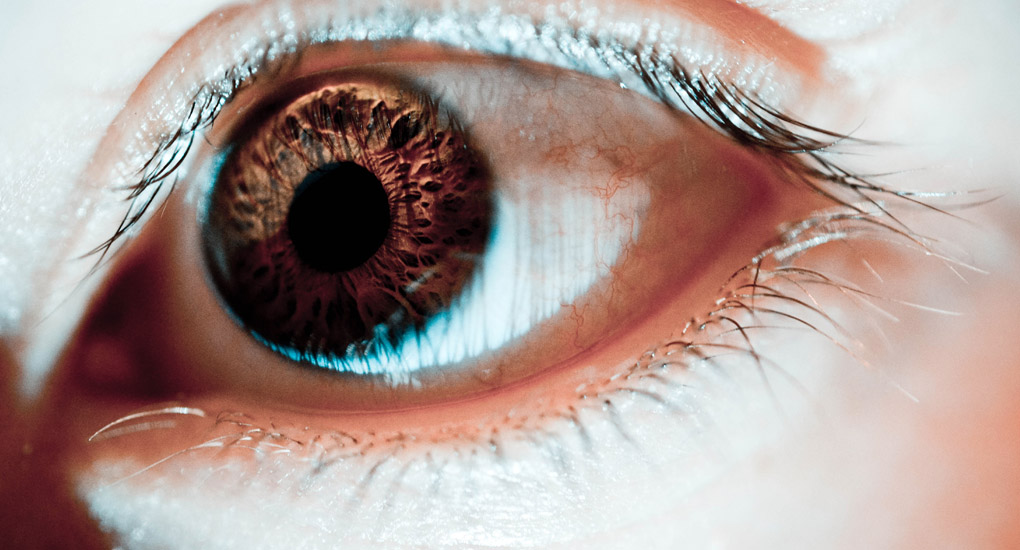 For countries with national ID programs, this Orwellian scenario is already starting to play out. In collaboration with MorphoTrust, India has already iris-printed 350 million of its citizens as part of its national ID program, and they're on track to scan all 1.2 billion. This year, Mexico will roll out the first iris-matched ID cards in the world as part of a $25 million program. In both cases, the ID will help stop fraud and provide poverty assistance, helping solve half a dozen urgent humanitarian issues at once. Despite these good intentions, this kind of mass identification has civil libertarians very worried.

"The concern is that biometrics will be used for the mass tracking of individuals," according to Jay Stanley of the American Civil Liberties Union. "If that kind of ID system becomes routine and widespread, it turns us into a kind of checkpoint society." Even in India, the system is still only used at police stations and government offices, but once the print is connected to a universal ID, it's easy to imagine iris scans becoming as commonplace as pulling out a driver's license.

Judging by the technology itself, we may be just a few technical breakthroughs away from Minority Report-style eye-flashers. Right now, most iris capturing happens close up because the cameras need flashes of infrared light to illuminate the eye. Too strong a flash will damage the retina, so the devices rely on weaker flashes from closer in. But aside from the flash issues, AOptix says the same technology can work from as far as 60 feet away. The only reason the feature isn’t available is that AOptix saw more money in TSA-style checkpoints. "We didn't see a compelling market for the long-range iris tech," Pritikin says. "It's essentially surveillance, CCTV but for iris, and there's a limited market for that." It's good news, but small comfort. If an oppressive regime wanted to pick up the technology and run with it, it would be hard to stop them.

For now, we're left with less invasive devices like the Stratus, an iris camera aimed squarely at US law enforcement. The FBI is already building an iris system to track persons of interest, and it's not hard to see them using a Stratus-like device to collect prints. Iris cameras haven't landed in the hands of beat cops yet, but AOptix is trying its best to get them there. The path of the technology, from the military to local law enforcement, is almost complete. The only question is what it will look like when it gets here.


Original photograhy by Michael B. Shane for The Verge.
Additional photography courtesy Wikipedia and Ben Mortimer. 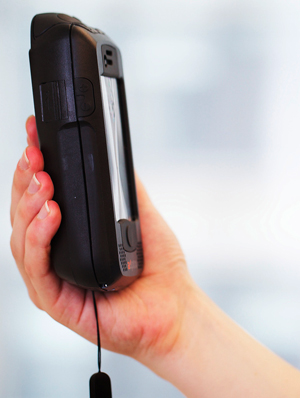