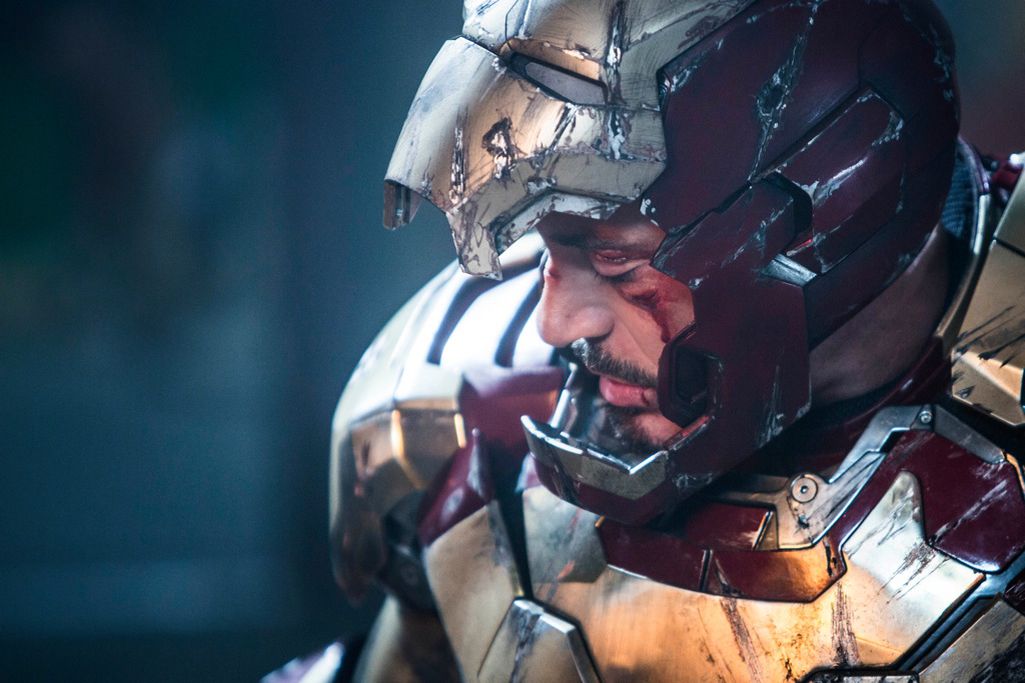 Iron Man has always been the smartest of Marvel’s film franchises. From the very beginning, it matched Robert Downey Jr.’s effortless charm with a subtle hint of social commentary (Tony Stark is a weapons manufacturer who learns to give back to humanity after an electromagnet is plugged into his chest, after all.) That one-two punch turned what could have been a goofy comic adaptation into a pair of blockbusters that didn’t force the audience to check its brain at the door.

Downey now returns in the highly-anticipated Iron Man 3, with action movie all-star Shane Black taking the helm from Jon Favreau. The film starts off with even grander ambitions than its predecessors, only to jettison them for a superhero riff on the old-school action-comedy — though you may be too wrapped up in the spectacle to notice.

We also have a look at the 4DX experience. 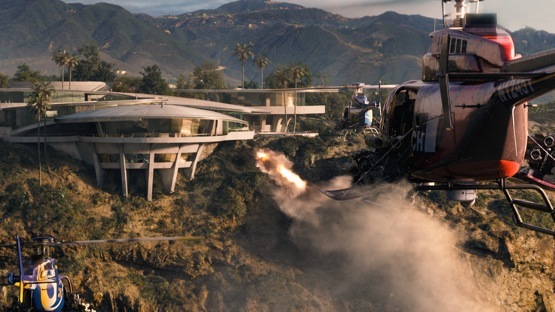 We catch up with Stark in the midst of crisis: he hasn’t quite recovered from the events in The Avengers, and finds himself prone to anxiety attacks. It’s taking a toll on his relationship with Pepper Potts — Gwyneth Paltrow continues to be the grounded heart of the series — and things aren’t made any better by the appearance of The Mandarin (Sir Ben Kingsley).

At first shown only through a series of terrorist-style video broadcasts, The Mandarin is a mash-up of Western fears. Part al Qaeda, part anarchist, he does one thing extremely well: he hates America. After Stark’s former bodyguard is injured in a Mandarin attack, our hero calls out the mystery man — only to have his Malibu home destroyed in a vicious helicopter assault. The world thinks its superhero savior has been killed, so alone and with nothing more than a broken prototype suit, Stark sets out to find those responsible.

It’s a fantastic setup. Taking Stark out of his element allows him to veer away from the swaggering playboy schtick, and sets the stage for a real story of rebirth — culminating, one would assume, in an epic mano-a-mano confrontation. But that’s where the film changes gears. The broken Iron Man suit gets left behind as Stark pounds the pavement the old-fashioned way. He teams up with several partners — first a precocious youngster played by Ty Simpkins, then with Don Cheadle’s James Rhodes. Hints of noir surface as he gets into fights and scrapes along the way, every exchange punctuated with a slightly-meaner version of Stark’s wit. 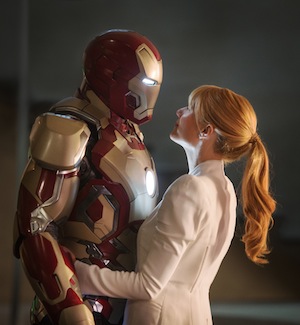 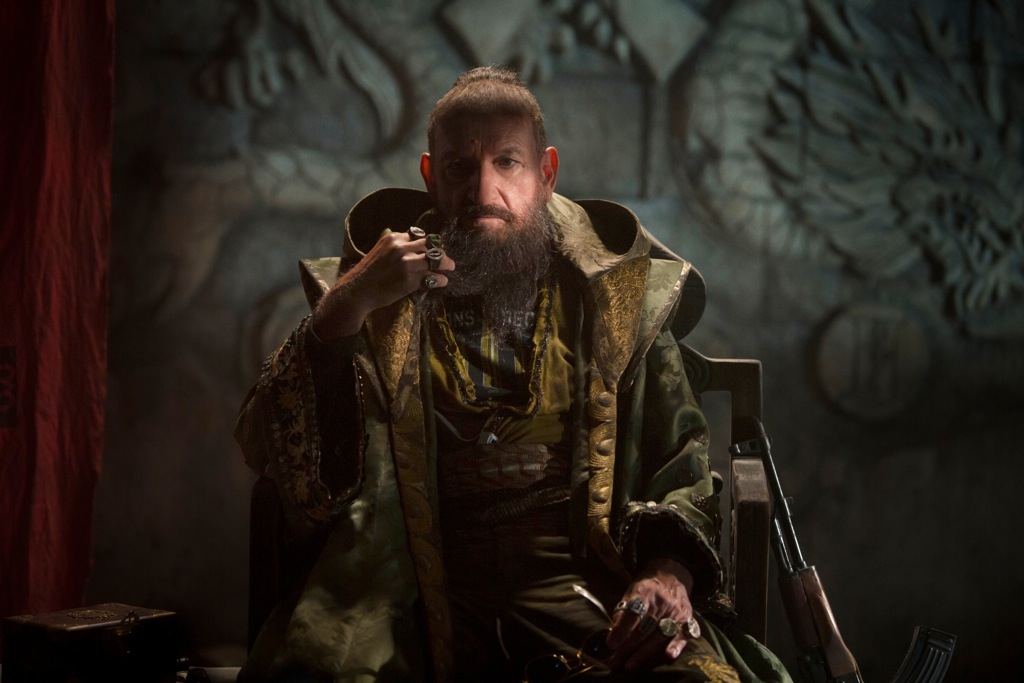 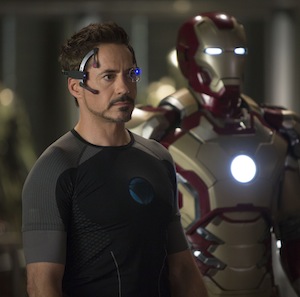 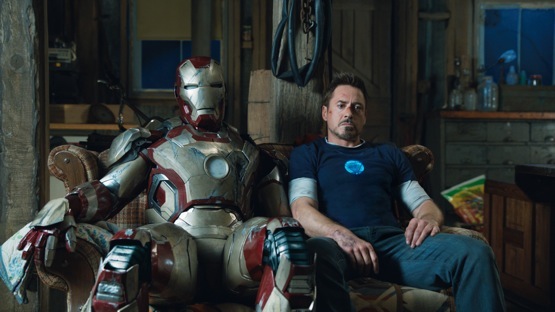 It all looks and feels less like a superhero movie and more like an action-comedy from the late 1980s or early ‘90s. A good part of that vibe is no doubt due to Shane Black and his co-writer, Drew Pearce. In case you’re not familiar with Black’s name, he more or less invented the modern action movie. At 23 he sold the script for the original Lethal Weapon, and went on to write movies like The Last Boy Scout and The Long Kiss Goodnight. From the style of dialogue to the climax, the ghosts of Murtaugh and Riggs haunt Iron Man 3; the movie even takes place at Christmas time.

While it’s refreshing to see a new take on the material — and Downey is clearly having a blast playing a more sardonic Stark — the change in approach doesn’t always work. The buddy-cop sensibility feels a little out of place for a story about a man striking out on his own, and the film tries a little too hard for laughs at times. It’s a subtle shift, but the first two Iron Man films set a very specific tone and approach, and you can only push that so far before “different” becomes “distracting.”

The action sequences, on the other hand, are a masterclass in execution. From the Malibu attack to the moment when a fleet of Iron Man suits show up ready to tussle, the battles and visual effects are crisp, visceral, and most of all fun. That’s not to say there aren’t stakes — Stark takes a beating in this movie — but the film takes real pleasure in all its aerial acrobatics and suit switcheroos. A mid-air rescue sequence, teased in the trailer above, is simply phenomenal, even if the filmmakers go a step too far while reaching for a joke at the end. 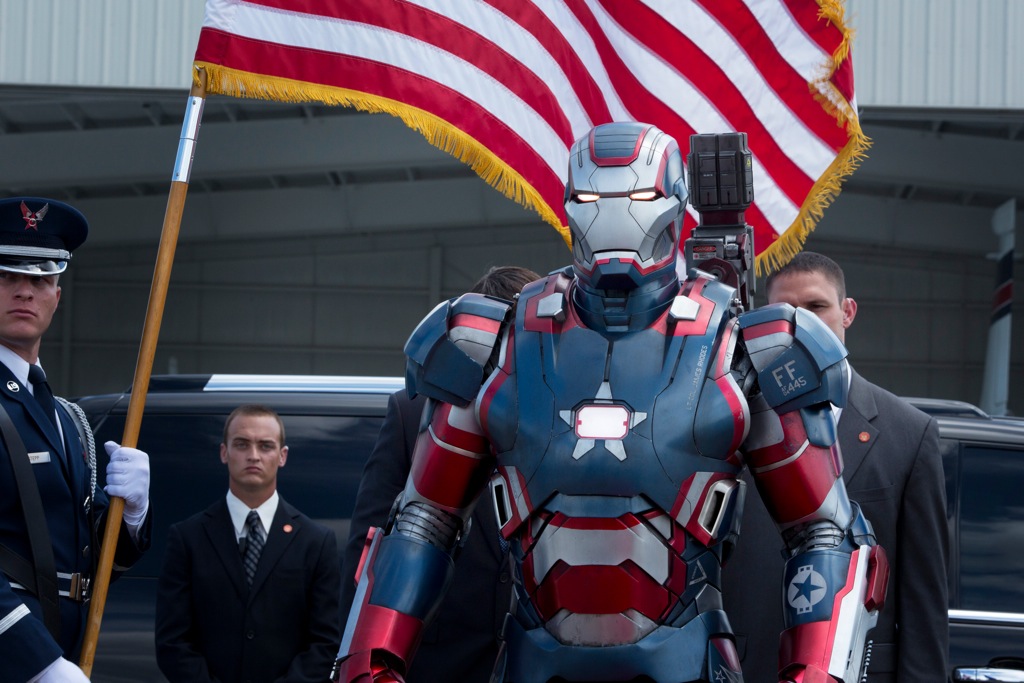 If anything, the biggest problem with Iron Man 3 is the issue of the villain. Make no mistake: Kingsley is one of the best parts of the film. He brings his full weight and gravitas to the role, his voice taking on a strange cadence that’s just hard enough to place to be creepy, and he’s even able to wring some comedic beats from the material when called upon. But the film never really ends up delivering on the promise the initial setup makes, which left me frustrated and wondering what could have been.

None of this may ultimately matter when audiences sit down in theaters this weekend. There’s great pleasure just in watching Robert Downey Jr. play this role — he’s so good it’s hard to shake the feeling that we’re just watching the real Downey riff — and in terms of summer blockbusters even one great performance can be a luxury, much less the assortment you’ll find here. Iron Man 3 is a fun ride that’s executed well, and there’s celebration to be had in that alone. But the original was that rare film that moved beyond the confines of genre to offer all audiences something to love. Iron Man 3 doesn’t quite get there. It’s entertaining, but it feels like something’s missing. Then again, the bar was set pretty high coming in.

Iron Man 3 is currently playing internationally, and opens in the US tomorrow, May 3rd. To talk about the movie, spoilers and all, join our conversation in the forums!