Meet Tom Wheeler, the man who could control your digital life

Meet Tom Wheeler, the man who could control your digital life

As nominee for the FCC chairmanship, Wheeler will be one of the most powerful policymakers in America

"Do you want to go to work in [the Obama] administration in any way?"

"No," Tom Wheeler responded. The year was 2009, and Wheeler was a member of the newly-minted President Obama’s transition team, responsible for helping revamp government agencies tied up in science, technology, space, and the arts.

But times change, and Obama selected Wheeler this week as his choice to succeed the departing Julius Genachowski, the tech-savvy but pragmatic businessman that Obama had selected to lead the Federal Communications Commission four years ago. Reactions to this most recent pick have been mixed, but the chorus of acclaim from big business — and its allies — has come fast and furious.

"We applaud President Obama on his nomination of Tom Wheeler to be the next FCC Chairman," begins a press release from Broadband for America, a pro-business lobbying group that counts AT&T, Verizon, Comcast, and Time Warner Cable among its members. Verizon’s praise was nothing short of effusive: "His experience and leadership will serve the commission well as it addresses policies involving the rapidly changing broadband and wireless industries." And the notoriously unfiltered mouthpiece of AT&T’s lobbying and policy arm, Jim Cicconi, was every bit as kind. "I’ve known Tom Wheeler for many years, and he is an inspired pick to lead the FCC," he wrote Wednesday on the mega-operator’s Public Policy Blog.

Should we be worried that Wheeler will be sympathetic to the Comcasts of the world?

On the one hand, you can’t blame Cicconi and company for buttering up the would-be chairman. Wheeler — should the Senate confirm his nomination — instantly becomes one of the most powerful men in the world, wielding control over the signals that power every smartphone, internet connection, and television in the biggest economy on the planet. But Cicconi isn’t known for pulling punches; this is the same man who publicly blasted the government after T-Mobile announced layoffs last year. So should consumers be concerned that Wheeler is going to be sympathetic to giant corporations — the Comcasts of the world?

His resumé would suggest that there’s at least some cause for concern. A longtime Washington DC insider, Wheeler has spent the better part of his career lobbying for big business. Starting at the Grocery Manufacturers Association, Wheeler later became president of the National Cable Television Association, fighting for legislation on behalf of cable companies in the industry’s formative 1980s. After briefly leaving to start a couple companies focused on broadband and cellular — experiences that would clearly inform his role as an FCC chairman — Wheeler was once again pulled into the beltway, becoming the head of The Wireless Association (CTIA) for over a decade. As the American wireless industry’s main lobbying group, it supports limiting the reach of net neutrality policy on wireless networks and generally prefers that the FCC take a hands-off approach on an industry that’s had its fair share of anticompetitive concerns over the past 30 years.

But Wheeler left CTIA in 2004. As a policymaker, can he be even-keeled without putting unbalanced weight in favor of industry giants — the kinds of giants who wanted a T-Mobile-AT&T merger?

"He has money and he's old," one industry source told The Verge, suggesting that Wheeler is effectively a lame duck — he has nothing to prove, no company or industry to make happy enough to secure a lucrative job in his post-FCC life. "We’re at a point in our lives where we’re kind of trying to pull back," Wheeler’s wife, Carol, said in a 2009 C-SPAN interview.

That might work out to the consumer’s advantage. It’s also worth noting that Wheeler’s stint in the cable industry came before it was huge, incumbent, slow-moving, often hostile toward its subscribers, and at constant risk of endangering competition. 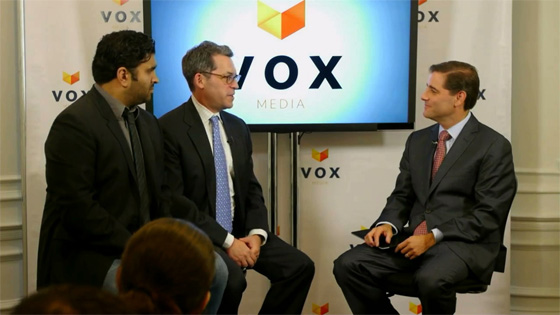 Since leaving CTIA, Wheeler has been a partner at a DC-based venture capital firm, where he sits on the board of several companies including website LimeLife ("We believe we can care just as much about our world as we do our skincare. Life is like that. LimeLife is like that.") He has also set up a personal blog, Mobile Musings, which might give us our best look at how we can expect a 2013 Tom Wheeler to think and act. In it, he both marvels at — and cautions against — the regulatory skirting of Google Fiber. He says that the advent of LTE is pushing carriers to the brink of becoming the dumb pipes they so dearly dread, because the apps and services consumers really want are all coming "over-the-top" — products like Skype, Netflix, and WhatsApp — but that carriers can innovate their way out of it if they so choose. He rightly identifies the mobile payments landscape as a confusing mess.

He also fails to outright oppose AT&T’s merger with T-Mobile, suggesting in a 2011 post that Cicconi — who Wheeler calls "one of the smartest and shrewdest policy mavens in the capital" — could ultimately negotiate a compromise that would allow the massive acquisition to go through. That’s neither an endorsement nor a criticism, but it gives you pause. The Genachowski-led FCC, of course, ended up rejecting the deal in a damning report.

It’s the kind of mixed message that is causing consumer-focused public interest groups to hedge their congratulations this week. "I have no doubt that we will disagree with Tom at times. But I also have no doubt that Tom will have an open door and an open mind, and that ultimately his decisions will be based on what he genuinely believes is best for the public interest, not any particular industry," said Public Knowledge’s Gigi Sohn.

"On paper, Tom Wheeler does not appear to be [a strong leader]..."

Free Press’s Craig Aaron was less kind. "The Federal Communications Commission needs a strong leader ... On paper, Tom Wheeler does not appear to be that person, having headed not one but two major trade associations. But he now has the opportunity to prove his critics wrong, clean up the mess left by his predecessor, and be the public servant we so badly need at the FCC."

Then again, Wheeler has been selected by a Democrat who, by all appearances, wouldn’t be looking to install a big business apologist.

Like Genachowski before him, Wheeler will likely deal with multiple controversies during his tenure that could shape the American tech landscape for decades to come: proposed mergers, multiple spectrum auctions, the ongoing Aereo battle, and more. Expect his upcoming Senate confirmation hearing to be filled with hard-hitting questions that dig in to how he’d handle all of them.