Simultaneous digital release is what many big studios are pining for, and Shane Carruth just beat them to it

Two weeks ago, Shane Carruth's Upstream Color pulled off an interesting trick. After about a month in theaters, it went online, streaming from the movie's website and plugging into the larger markets at iTunes and Amazon Instant Video. Here's the interesting part: it never left theaters. If I wanted to watch the movie right now, I could stream it onto my laptop here, or I could walk down to my local arthouse theater and see it on the big screen.

"I sort of can't believe it was possible."

That sounds simple, the kind of thing you'd expect to be able to do in 2013, but in the past 10 years, simultaneous release has become a kind of holy grail for the film industry, both inevitable and impossible depending on where you sit. Unifying digital and theatrical releases could help fight back many of the studio's biggest problems — heading off piracy, replacing dwindling DVD sales, and tapping into millions of customers who simply don't like going to movie theaters. But theater owners have taken every proposal so far as a death sentence, and every time it's been proposed, it's gone down in flames.

Somehow, Upstream Color managed to pull it off where the studios failed. It wasn't easy, but it's a sign of how how independent projects can also find their way through the gummy jungle of modern film distribution. When it works, they can do things Hollywood can only dream of.

On the face of it, Upstream Color isn't obviously a success. The film is currently edging towards a meager $500,000 in gross box office revenue; in most cases, that's an unmitigated flop. But for Carruth, everything's going according to plan. It's part of a distribution scheme that Carruth masterminded himself, working through his production company erbp. The plan was to give the film just enough of a theatrical release to legitimize it before unleashing it to the more lucrative online markets. "I sort of can't believe it was possible," he told The Verge. But so far, it's working.

Part of the story is Carruth’s famously small budgets. His first film, Primer, was made for just $7,000, and while he’s kept quiet about Upstream’s budget, it’s rumored to be under $100,000. It was also shot digitally and shipped to theaters on consumer-grade Western Digital hard drives, driving costs even lower. At the same time, Carruth expects the theatrical box office to bring in just a small slice of the ultimate revenue. He offered Primer as an example, which grossed less than $500,000 at the box office, but made "single-digit millions" on home video. Two weeks in, he expects Upstream Color to end up with a similar ratio, and that's just the beginning. "There's just so many channels," Carruth told us. "It's cable VOD, it's Blu-ray, DVD, it's Netflix streaming eventually, there's iTunes, Amazon Instant, Google, Vudu, Hulu, subscription-based or ad-based, which will happen eventually." He's also partnered with a streaming service called VHX to offer a $20 DRM-free download direct from the site. Already, he’s hit #1 on the iTunes independent list, and unlike a theatrical release, these streams can continue indefinitely. As long as people are talking about Upstream Color on the internet, whether it's six months from now or six years, they'll never be more than a few clicks away from buying it.

Even if studios don't share Carruth's artistic ambitions, the economics are hard to deny. Theatrical release is great for raising awareness of a film, but it's not a great way to make money. Once you factor in the advertising and the theater's share of ticket sales, profit margins are razor-thin. Video-on-demand channels offer more reliable profits thanks to their small overhead, but by the time a film arrives on iTunes, it has often sat on the shelf for over a month and lost much of its earlier buzz. Naturally, distributors would love to move the digital release date earlier, but any move in that direction has been met with outright hostility from theater owners.

The result is a standoff between studios and theaters

The biggest issue is something called the release window, the length of time a film stays exclusive to theaters. The 90-day release window has been a major-studio standard for decades, and even though most films disappear from theaters within a month of the premiere, theater chains refuse to budge. They see shifts in the window as an assault on the entire industry, moving towards a world where moviegoers watch everything at home and big-screen projection goes the way of the compact disc. Declining audience numbers over the last 10 years have done little to convince them otherwise. 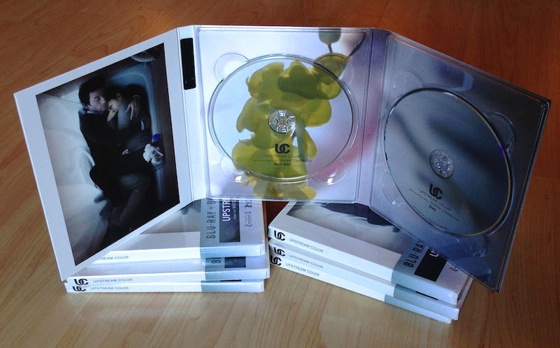 The result is a standoff between studios and theaters. One studio executive, who spoke on the condition of anonymity because he was not authorized to comment, pointed to studio efforts to promote a service called "Premium Video On Demand" in 2010, which would have let viewers stream theatrical films in their homes if they were willing to pay more than twice the price of a movie ticket. Theater chains went nuclear, threatening to boycott major films in retaliation, and the plan was scrapped. Just a year later, when Universal tried to test out pre-release VOD for Tower Heist, Cinemark refused to screen the film until the studio backed down. Still, many in the industry still hold out hope. "Day-and-date is eventually coming," the studio exec said, referring to the prospect of premiering a film in theaters and online on the same day. "We just have to move carefully because of the theater owners."

For more integrated distributors, it's already here. Magnolia Pictures offers more than a dozen places to watch its films before they hit theaters, and the company can be sure its films won't be blackballed because its parent company, 2929 Entertainment, also owns Landmark Theaters. It's a savvy piece of vertical integration that gives 2929 the prestige of a theatrical release along with the profit stream of immediate on-demand revenue. It would be hard to release a blockbuster that way, but for Magnolia's slate of low-budget indies, it works just fine. Todd Wagner, co-owner of 2929 Entertainment, explained his reasoning at a Tribeca Film Festival panel earlier this year. "I'm not saying every movie should be day-and-date and put it everywhere at once. I'm saying, some movies, maybe. Some movies, a month later. Some movies, three months later. Be unique to what the movie is," Wagner told The Verge's own Joshua Topolsky. "I wish we had the freedom to do that."

"These companies do not want to give up data."

Since he's only distributing one movie at a time, Carruth faces a different set of challenges. Upstream Color isn't big enough to change anyone's business model, but it also doesn't have the clout to make larger theaters budge. Carruth's plan from the outset was to have a 30-day theatrical release window followed by an online release (whether the movie was still in theaters or not), but it wasn't always an easy sell. Arthouses were willing to accommodate his plans because of their interest in the film, and didn't see streaming access as a threat. Carruth says IFC Center, one of the first to sign on, actually saw a bump in ticket sales after the film started streaming. (Weekly figures show a slight decline in total box office with a small jump in per-screen average.) But for larger chains, the 30-day release window was a dealbreaker. When Carruth approached Landmark Theaters, its offer was 90 days or nothing. In the end, Carruth chose nothing. Upstream opened small, filling 43 theaters at its peak. Having Landmark on its side would have more than doubled that number.

"The two movies I've made, whatever they are, they are not disposable."

He's also faced an uphill battle getting hold of the viewing data that online services have used so effectively. Netflix knows how and when people are watching each film, and it's using that information to great effect, but like any business asset, it's not eager to share the information. "These companies do not want to give up data," Carruth says. "I've had to constantly remind everyone that I need this information because I need to make decisions based on it. It's been difficult to convince everybody how important that is." In Netflix's case, the information is potentially valuable as a negotiating tool: If distributors know how popular their film is, they could push for more money when the service wants to renew its license. As a result, they've kept quiet, and Carruth has had to get his data from third-party hacks like InstantWatcher.

But the biggest reward may not be money at all. As long as Upstream is available digitally, Carruth can be sure it'll never go out of print, a guarantee Hollywood can rarely make. "The two movies I've made, whatever they are, they are not disposable. If somebody watches them, they tend to want to talk about it or revisit it somehow." The new crop of platforms ensures that they'll be able to revisit it long after theaters have lost interest. As Carruth put it, "We came out May 7th, and we know we're going to be there for the next 20, 30 years. That window is now infinite."