The features are the same, but everything looks better than ever

Yahoo has just taken the wraps off a major update to Flickr, it's long-suffering photo service, and we just sat down to put the revamped service through its paces to see how it has improved — and whether or not it'll be enough to keep up with the likes of Facebook and Google+. While it's a massive visual improvement, it's still works much like the Flickr of old, for better or for worse. But for a visual site like Flickr, those changes make for a huge upgrade over what users experienced before. 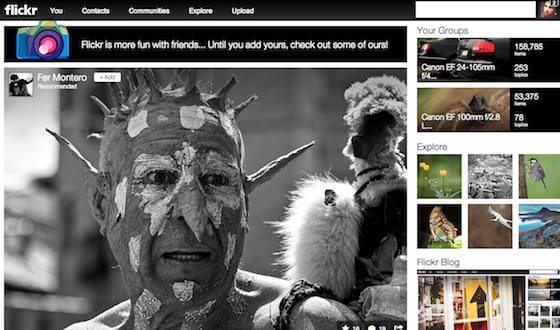 For starters, Flickr made it a priority to remove the massive amounts of whitespace, text, and links that covered up its page, and it makes all the difference. You're now presented with a stream of photos from your contacts with minimal navigation chrome, plus a simplified menu bar at the top of the screen. On the right of the screen, Flickr lists off your groups, a link to the Flickr blog and contact suggestions. It's a bit cluttered compared to the spartan and frankly beautiful stream of photos that takes up the majority of the page, but having quick access to groups is a nice feature that should encourage users to find more to participate in.

Tiny thumbnails and an overabundance of text have been replaced with large, beautiful images

That emphasis on content from your contacts should spur users to trim their lists and make sure they're following friends or people who publish great images — it'll make a big difference when you open the site. Looking at individual albums (or sets, as Flickr calls them) is a much-improved experience, as well — instead of tiny thumbnails, there's a dynamically loading view of large, high-resolution images. There's really no comparison — the default view for sets is a major step forward. Search results are similarly improved, with big images instead of tiny thumbnails. 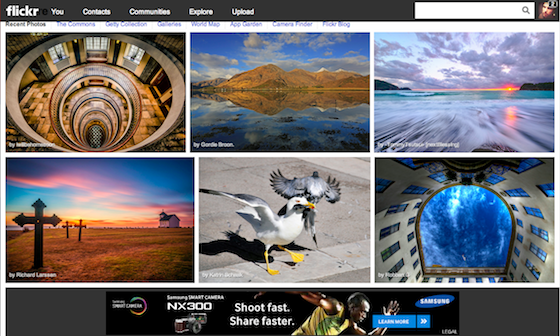 Clicking through to images is a similar improvement — photos now take up as much space in your browser as possible, with comments, metadata, tags, related sets, and the photostream all banished "below the fold." Photos now display automatically on a black background, eliminating the step of needing to click into the old "lightbox" view. However, you can click on the photo again to launch the lightbox and quickly navigate back and forth through a user's photostream or start a slideshow. The overall experience will be familiar enough to longtime Flickr users not to throw them off, and it's just a much, much better way to experience photos.

While it's a big visual change, most of Flickr's old tools are all still there — the batch editor and mapping features appears unchanged, though the uploader appears to have been streamlined. All in all, Flickr clearly focused more on making its content as visually compelling as possible rather than starting from scratch with the feature set. That said, Flickr did smartly include integration with social networks Twitter, Facebook, Pinterest, and (of course) Tumblr, a wise move. And with the massive 1TB of storage space Flickr is offering users, it's clear the service is hoping it will be the default destination for storing and organizing your photos, which you can then share out using its new tools. 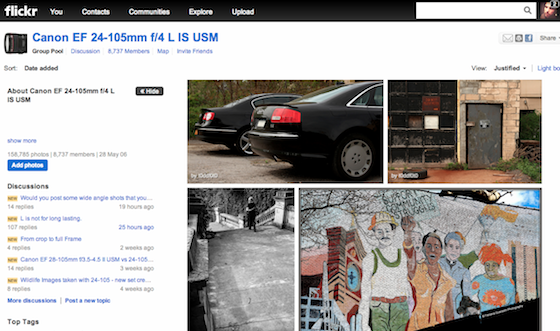 It's been a long time coming, but the new Flickr is a huge improvement

At the end of the day, Flickr focused on the core of the experience rather than integrating new features (like Google+'s "auto awesome," for example), but we think the combo of a massive visual overhaul and huge free storage space should entice a lot of the more passionate photographers out there. Plus, the excellent iOS app and new Android app should help it win some of the smartphone shooter market, as well. But for the most casual photographers who just want to push their images out to Facebook friends, Flickr might be a tougher sell — there are still significantly more features and thus a bit of a higher learning curve here. That said, there's no doubt that browsing photos on Flickr is now a significantly better experience than you'll find on sites like Facebook and Google+, and that unmatched storage space should do a good job of getting a lot of users to check out the new Flickr.

Chris Welch contributed to this report.