With Xbox One and PlayStation 4, Microsoft and Sony rekindle the war for your TV

With Xbox One and PlayStation 4, Microsoft and Sony rekindle the war for your TV

The next generation is nearly upon us. Both Microsoft and Sony have revealed their latest gaming / entertainment consoles to the world, setting up yet another high stakes battle for your hard-earned dollars later this year. The Xbox One and PlayStation 4 each represent a major leap over anything we've seen before from a home console in terms of hardware and software capabilities. With their latest and most groundbreaking products to date now unveiled, both Microsoft and Sony hope to redefine what a set-top box is capable of in the minds of consumers. By all accounts, the war for your living room and TV is about to enter its most heated battle yet. Let's take a look at where things stand as of now. 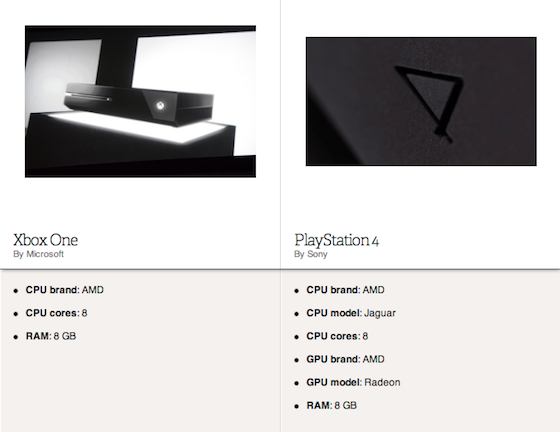 Powerful machines on both sides

Under the hood, both Xbox One and PlayStation 4 reveal the vast advancements that have been made in computer processing and graphics since their predecessors were released to market. Each console contains a powerful 8-core CPU. Both feature 8 gigabytes of RAM, a massive jump over the memory resources available to current consoles. Similarly, Xbox One and PlayStation 4 are based on x86 architecture. In fact, it's hard to remember the last time that two concurrent gaming consoles resembled one another so closely in specifications. What it ultimately means is that developers can provide gaming experiences that simply weren't possible with the Xbox 360 and PlayStation 3. And for Sony, its fourth console won't have to endure the same growing pains as the PS3. 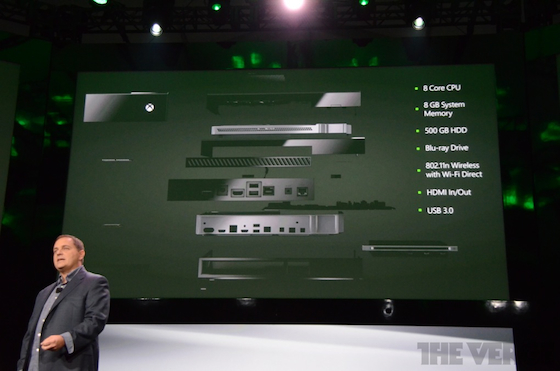 Rather than reinvent the wheel, both Microsoft and Sony are releasing iterative updates to their previous (and well-received) Xbox and PlayStation controllers. On stage in Redmond, Marc Whitten said the Xbox One controller has seen over 40 design changes, but the fundamental ergonomic design remains largely unchanged. The controller's triggers now provide independent force feedback, and Microsoft is yet again promising to deliver a more precise directional pad — a longstanding request from fighting game fans.

Sony's DualShock 4 has undergone more in the way of visual changes; there's now a touchpad on the front of the controller, a built-in speaker, and a Share button to quickly upload your gaming highlights to the cloud.

The next wave of movement-based gaming

With Kinect, Microsoft landed on a more successful recipe for motion gaming than Sony managed with its own attempts (Sixaxis and later PlayStation Move). Both are back at it for this go-round: Microsoft just took the wraps off a second-generation Kinect that's promised to be far more precise than the prior technology. The company says it functions in nearly any lighting condition and can detect even the slightest movements of a user's wrist. Voice recognition and isolation are also said to be improved. For its part, Sony too has put in more work on this front with the PlayStation 4. A new high-resolution camera communicates with an LED at the top of the DualShock 4 controller to achieve sophisticated 3D movement tracking.

More so than ever before, both Microsoft and Sony are putting a huge emphasis on sharing with their next-generation consoles. Both Xbox One and PlayStation 4 allow you to record gameplay footage in realtime and upload those clips to the web for later viewing. It seems each manufacturer is confident that this formula — which has proven popular among PC gamers — can also find momentum with a mainstream audience. Even if not, it's a nice perk for the hardcore segment of gamers most loyal to each company. At least when it comes to this one feature, it doesn't matter which console you pick.

Microsoft looks to own your TV once and for all

Both the Xbox 360 and PlayStation 3 dabbled in live TV / DVR functionality, but Microsoft is stepping up those efforts in a huge way with Xbox One. During its reveal keynote, the company placed a big focus on the Xbox One Guide, which seamlessly (and instantly) lets users hop between watching live television and playing a game. Partnerships with ESPN and the NFL underline how serious Microsoft is about making the Xbox One far more than a gaming machine, and thus far Sony doesn't have (or hasn't announced) agreements of the same magnitude.

Blu-ray gets a shot of fresh life 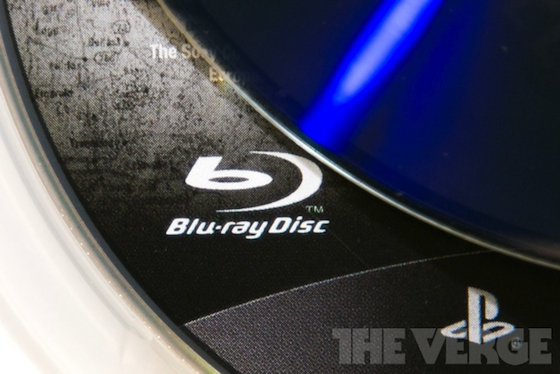 Sony's PlayStation 3 has carried the Blu-ray torch since 2006 — successfully winning a cutthroat format war with HD-DVD in the process. Now, with both next-gen consoles set to utilize the high-def media, its future prospects are suddenly brighter than ever. Unlike the 360 before it, Microsoft's new Xbox One will be able to fully harness the capacious strengths of Blu-ray. One of Sony's key advantages of the prior console battle has been erased, and more importantly for home theater aficionados, Blu-ray — which still offers superior video quality to streaming services —just got a major kick of momentum in the process.

Compare this: Xbox One vs. PlayStation 4