Xbox Live has long been a central component to Microsoft's game consoles: it (and Halo 2) almost singlehandedly made the original Xbox a force to be reckoned with, and it's been key to the successes of the Xbox 360. For the Xbox One announced today, Microsoft has naturally seen fit to refresh its online services.

Much like Sony did with the PlayStation 4, Microsoft is adding video capture and sharing tools to its online offering. As announced on stage today, the Xbox One's "Game DVR" allows you to capture gameplay and share those videos over Xbox Live and elsewhere. There's also a video editor so you can adjust and clip your recordings. Additionally, as part of a revamped achievement system, clips of the moments before you unlock an award will be automatically recorded. Thankfully, all of the video content is stored in the cloud so it should be easy to share and you won't have to worry about filling up your hard drive. It looks like Sony may have the upper hand here with its Gaikai-based streaming options and Ustream integration, which allow friends to watch live as you play and even jump in and take control of your game. 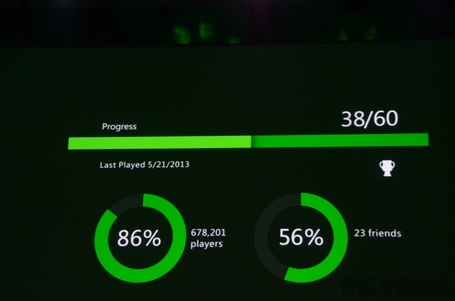 Also like the PS4, the Xbox One will allow users to start playing games before downloading the entire thing. Microsoft says that downloadable titles can be installed in segments to allow for gameplay quickly. While Sony hasn't detailed the system used on the PS4, it did suggest that titles would be playable while they were downloading; with the Xbox One it sounds like you'll need to download a complete chunk of the game first. Microsoft does say that users will be able to download updates in the background, however.

The refreshed Xbox Live also includes some more minor changes. Microsoft is touting a matchmaking system called "Smart Match" that will give you an estimated wait time so you don't have to sit around in a lobby waiting for a multiplayer game. Coupled with Microsoft's push to make the Xbox One a hub for TV content and other entertainment options, the new system is designed to let you continue watching a show until a match is available. Like the current version of Xbox Live, your profile, achievements, and saves will be synced with the cloud, but Microsoft is now allowing you easily sign into any Xbox One and pick up where you left off in games you've downloaded or installed. The company also hinted at what it's called "living games," an artificial intelligence that can mimic your play style with game worlds that evolve over time. There isn't much information available but we'll be on the lookout for more. 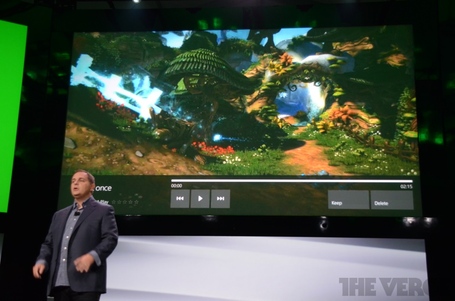 Microsoft also says that achievements have been expanded, but it hasn't provided many details yet. Your Gamerscore will be brought over from the Xbox 360, however, as will existing Xbox Live Gold memberships. And yes, that does mean that the company's subscription-based online service will continue to be necessary for multiplayer gameplay on the Xbox One. For your money, Microsoft is at least building up its backend: the company's Marc Whitten said on stage that this year over 300,000 servers will power Xbox Live, up from only 500 at launch and 15,000 today.