Microsoft finally unveiled its next-generation Xbox One console today. Amongst the fanfare of entertainment features, an improved controller, and the centerpiece of Kinect, the company revealed details on the architecture that powers its next console. More importantly, Microsoft says it's running Windows. The company told press that it's marrying its Windows Phone and Windows 8 user interface to the Xbox more closely than ever before, and that in fact the new Xbox is running three operating systems in total. What does that even mean, though?

"Three operating systems in one."

"The soul of the new system is the Xbox One architecture. Three operating systems in one," says Whitten. It sounds like an impressive software achievement, but when you look at it more closely you might be left confused. Those three operating systems loosely break down into a host OS that boots the new console, and two separate environments for gaming and applications. The first is the base Xbox operating system that has been improved for instant access to the hardware, and the second is the key Windows kernel that provides "access to web-powered applications and experiences." The third and final part "connects these two operating systems" to enable the instant switching and multitasking that Microsoft demonstrated on stage.

Boyd Multerer, director of development for Xbox, confirmed Dave Cutler — "the father of Windows NT" — was involved in the creation of virtual environments that allow the Xbox One to switch back and forth between games and apps. "This guy invented operating systems," says Multerer. It's clear Microsoft has spent a lot of time planning this technology, with a strong Windows involvement, but that's as close as we got to learning why this matters to the Xbox platform. 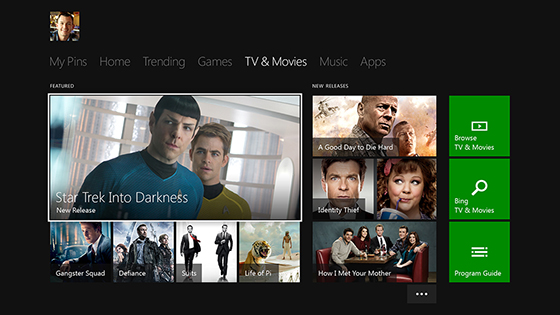 Will there be more than just web apps?

Also, it sounds like while Microsoft intends to make third-party app developers welcome, it may not be as simple as loading up a Windows app on the Xbox and pressing "run." Marc Whitten told press that the app platform would be focused on "web-powered applications," and Wired reports that Microsoft's Xbox environment will run apps separately to games, suggesting that they won't have access to all the resources. Microsoft's come a long way towards making it easy for app developers across PC, tablet, and phone to share code, as we've seen with Windows 8, Windows RT, and Windows Phone. Presently, apps developed using the WinRT runtime can run natively on both Windows 8 and Windows RT, and Windows Phone can use a subset of their code.

"I imagine it will be exactly how Windows Phone is compared to Windows 8 and RT," says Matt Cavanagh, a Windows developer based in South Africa, of where Xbox fits into that schema. The similarities could mean a subset of code can be shared from Windows 8 or Windows Phone apps, but that it also needs tweaking for the Xbox environment. This would allow developers to port apps across to the Xbox One. It all sounds simple and easy, but there's bound to be some very real limitations.

Perhaps the most important thing Microsoft failed to reveal is whether Xbox will have an app store. Cavanagh wants to know how developers can get apps into a store for Xbox and directly into the living room. "I want confirmation that the Xbox will be possible to target just like Windows Phone and Windows 8 are." A separate store could be key for developers, allowing them to monetize applications across each individual platform.

Developers and end users will want to know what type of applications you can produce and run for the Xbox One, and it could be a key part of Microsoft's success or failure with its ambitious TV plans. A lot of companies are attempting to build the next-generation TV experience, with smart apps or smart TVs, but none have been successful in a crowded market. Microsoft is set to fully detail its Xbox development platform at Build in June, but until then we'll be left guessing about its viability. Microsoft seems confident, but times have changed since a closed platform like the Xbox 360 was an acceptable thing. With the Xbox One, the apps and ecosystem could signal victory or defeat.