The Verge has learned that HTC's Chief Product Officer, Kouji Kodera, left the company last week. Kodera was responsible for HTC's overall product strategy, which makes the departure especially notable on the heels of the global launch of the make-or-break One.

It's not just Kodera. In the past three-odd months, HTC has lost a number of employees in rapid succession — most recently Jason Gordon, the company's vice president of global communications. Other fresh departures include global retail marketing manager Rebecca Rowland, director of digital marketing John Starkweather, and product strategy manager Eric Lin.

It's not a coordinated poaching effort that's draining HTC's Seattle-based North American operations. Starkweather has landed at AT&T, while Lin and Rowland have both joined Microsoft (Gordon has yet to announce his next move). So why is everyone heading for the door at once?

"Anyone who's heard of them in Seattle doesn't want to go work for them right now. They're like T-Mobile two years ago," one source told us, gesturing to a downtrodden T-Mobile that was hemorrhaging subscribers leading up to AT&T's attempted (and failed) acquisition. "They're in utter freefall."

To all my friends still at @htc - just quit. leave now. it’s tough to do, but you’ll be so much happier, I swear.

It's no secret that HTC has seen better days: both last year's One X and this year's One have tried, and thus far failed, to stem flagging revenue against a Samsung giant that dominates Android's market share. But it may not be a coincidence that this year's prominent departures have struck HTC's marketing ranks disproportionately, while the hardware and software design teams — led by Scott Croyle in San Francisico and Drew Bamford in Seattle, respectively — keep humming along. Specifically, sources say that new CMO Ben Ho, who came from Taiwanese carrier FarEasTone late last year, could share the responsibility for the upheaval as he moves some planning and strategy from Seattle back to HTC's Taipei headquarters.

"They're in utter freefall."

Morale may also be drained by the First, the vaunted "Facebook phone" introduced at the social network's April event. According to people briefed on the plans, Facebook had originally signaled its intention to launch the downloadable version of Facebook Home on a significant delay, giving the First some period of exclusivity. Instead, Facebook changed course and made Home available as a Play download the same week that the First launched. Since then, rumors have suggested that the First is hovering near death amid poor sales — rumors bolstered by a quick price cut from $99 to just 99 cents on contract. The phone is "a disaster," one source says.

And then there's Peter Chou, HTC's co-founder and longtime CEO.

Several sources pointed to Chou — who has promised to step down if the flagship One isn't a retail success — as a roadblock, making snap decisions in lieu of a long-term strategy. HTC staff are said to have alerted Chou months ahead of the One's release of possible supply and manufacturing delays, but were told to push ahead anyway. Indeed, the One was saddled with inventory problems after launch, particularly in black, which features an anodized finish that the white and silver model does not.

Those constraints came at a critical time, just as Samsung was shipping its breadwinning Galaxy S4 around the world. If there was a common thread among everyone The Verge spoke with for this story, it was Samsung's brutal dominance: the Korean giant's own-sourced display and processor combined with an enormous marketing war chest make competing in Android extraordinarily difficult, even as reviews have consistently lauded the gorgeous One and bashed the S4's cheap plastic and comparably safe — even boring — design. 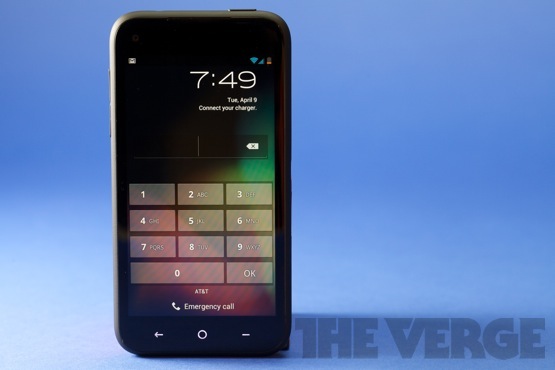 Sources tell The Verge that the One was off to a slow start — in part due to the supply issues — but is now gaining steam. Regardless, against the threat of 10 million S4s being sold in a single month, it may not be enough.

What's next for HTC? More upheaval among the ranks, perhaps — and the changes could go all the way to the top if the One isn't a smash hit (provided Chou stays true to his word). In the meantime, the company stands at the center of a triple threat: a Microsoft focused on Nokia, a Facebook focused on distributing Home as widely as possible, and a Samsung focused on dominating the entire Android market.

More from this stream How To Collapse: do slumping sales and an executive exodus spell doom for HTC?