Unlike PlayStation 4, prospects for indie games on Xbox One are murky

Microsoft is being secretive about its plans for smaller games

Share All sharing options for: Unlike PlayStation 4, prospects for indie games on Xbox One are murky

With both its current and next-generation PlayStation platforms, Sony is making a concerted effort to capture the hearts and minds of the independent game development community, but the question is whether Microsoft is doing the same with its upcoming console. Yesterday's Xbox One announcement wasn't heavily focused on games, instead detailing the hardware and services of the device, but the few titles that were shown all came from major publishers like Electronic Arts and Activision. With the Xbox One's push to be the focal point of your living room, will there still be a place for indie games?

The sense among the game development community is murky, in stark contrast to feelings about Sony. While the PlayStation brand has been open about its intentions and is actively seeking out interesting new games from smaller teams, Microsoft has been much more secretive. Even some developers with close working relationships to Redmond are unaware of Microsoft's strategy in this regard. One developer we spoke to said that, despite several meetings with Microsoft over the past year, the Xbox One was never once mentioned. According to a tweet from Vlambeer's Rami Ismail, even when Microsoft does reach out to developers, it can still be very uncommunicative. Publishers that focus on indie games, like Devolver Digital, have told us they've yet to hear a word from Microsoft about the One.

"Compared to Sony the efforts are nonexistent."

"We're still not aware of any indie strategy for Xbox One," Ismail tells The Verge. "Obviously, there are some indie games coming to the platform — and there were some indie faces in the video — but compared to Sony the efforts are nonexistent. Either way, we're going to wait for the actual game announcements before we're even going to consider working with Microsoft, considering how bad their reputation amongst most indie developers is." While the Dutch studio is best known for mobile hits like Ridiculous Fishing, its upcoming aerial dogfighting game Luftrausers will be coming to both the PlayStation 3 and PS Vita. "We'll be honest with you: the reason this game is going to hit PS3 and PS Vita is because we loved working with Sony when we made Super Crate Box," Ismail wrote on the PlayStation Blog when the news was announced. 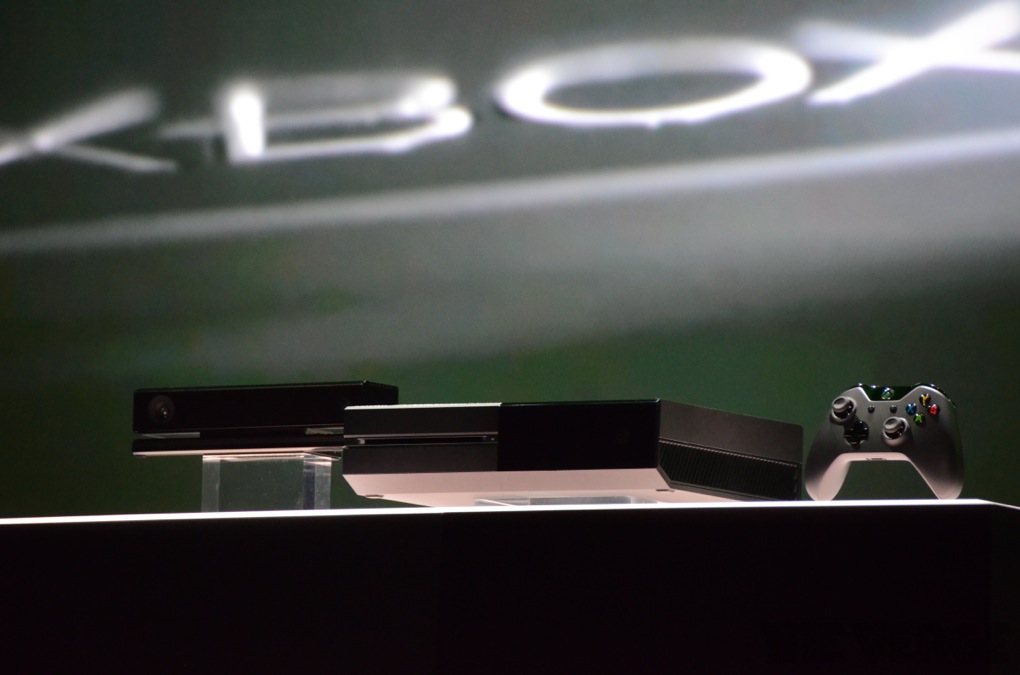 Meanwhile, Microsoft's Xbox One event and the veil of secrecy around its indie strategy appear to have frustrated a number of developers, even those who have seen success on Microsoft consoles. Polytron's Phil Fish, who worked on the acclaimed Xbox Live Arcade title Fez, tweeted that "there was absolutely nothing relevant to me in that presser. Nothing about digital distribution or indies. Nothing at all." And other notable creators seem equally unimpressed. "So as someone who doesn't play Forza or any EA Sports games and already has a computer hooked up to my TV, what does Xbox One offer me?" asked Super Meat Boy developer Tommy Refenes. And while the Xbox 360 edition of Minecraft is one of the best selling games to launch on Xbox Live Arcade, creator Markus "Notch" Persson said simply that "I tried to get excited about the Xbox One, but failed."

"I tried to get excited about the Xbox One, but failed."

Microsoft will be focusing more on the Xbox One's lineup of games next month at E3 in Los Angeles, so it's possible we'll hear more about the company's indie strategy then, though if that's true many developers aren't being given much of a head start. And while Microsoft has barely spoken about the topic, what it has said is troubling: Chiefly that developers won't be able to self-publish games on the Xbox One, much like they can't on the Xbox 360. "We intend to continue to court developers in the ways that we have," Microsoft's Matt Booty told Shack News.

Of course, it's unlikely that the One will feature no indie games at all, and the opening video of the console's reveal did feature at least one familiar face: Nathan Vella, president of Super Time Force developer Capy Games, made a brief appearance just before Steven Spielberg. It's also possible that this simply isn't a priority for Microsoft. With their upcoming consoles, Sony and Microsoft appear to be headed in different directions, and indie games could be an unfortunate victim of the Xbox One's goal of taking over your living room.

"I think it's too early to weigh in on much, since they focused so squarely on the set-top capabilities," says Andy Schatz, developer of the recent XBLA hit Monaco. "The one interesting question that I think was answered is who they are trying to compete with. They are ignoring Valve, Sony is really a secondary target. The space that they seem to be competing in is the space currently occupied by Apple and Google."