Square arrives in Japan, its first market outside North America

Square arrives in Japan, its first market outside North America

At a press event in Tokyo today, Twitter founder Jack Dorsey announced the long-awaited Japanese debut of Square, the smartphone credit card processing service with the iconic white dongle. It’s a big deal for Dorsey's four-year-old company — its first expansion outside of North America, and in the third-largest economy in the world. But Japan also presents some unique challenges. Purchases of all kinds are still overwhelmingly done with cash here, and Square competitor PayPal launched its own PayPal Here payment system in the country last year without much fanfare. But Dorsey thinks his company can take off where others have failed to.

"It really resonates with this market as well."

Following a presentation introducing the crowd to Square's plan for Japan, I asked the CEO what makes Square think it can succeed where PayPal so far hasn’t. "I think fundamentally it isn’t just about building a credit card terminal," he replied. "Especially in this market, where cash is still very, very dominant, we have found that people are looking more for a piece of software, a solution that allows them to account for their entire business… We’ve just found that’s a more complete solution in the United States and Canada and we think it really resonates with this market as well." During the presentation, a lot of attention was paid to the analytics produced by Square's integrated approach to payments, and the easy access to sales data could be a boon to business owners used to filling out reams of paperwork by hand. 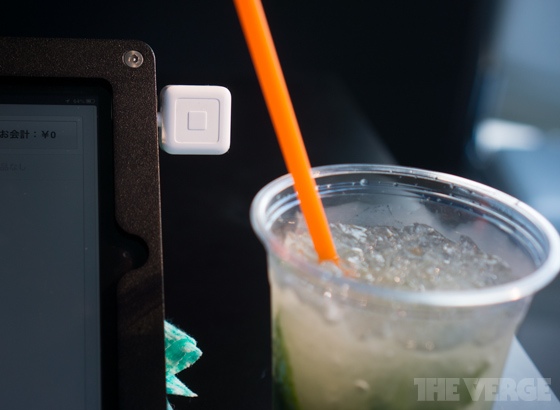 For its expansion into Japan, Square is partnering with Mitsui Sumitomo Bank — a national institution that it thinks can help it spread into uncharted territory. It's also charging 3.25 percent for transactions, half a percentage point higher than what it's charging in the US and Canada. But that's still much lower than the five percent charged by SoftBank and PayPal Here, not to mention the banks, which Square VP Ricardo Reyes says can charge as much as eight percent. Square is banking that its more complete business solution has what it takes to truly succeed in Japan, and businesses might just find that they can save some money by jumping on board.