Share All sharing options for: Chrome for Android automatically translates the web in latest beta

Google Translate is coming to Chrome on Android. The Chrome Beta Android app was updated Thursday with a new feature that can automatically translate webpages into different languages. On a phone or tablet, the feature works a lot like the translation capabilities that are included in Chrome on the desktop counterpart — recognizing different languages by scanning websites and translating them after a user prompt.

Say your phone is set to English. Anytime you open a page in any other language, a translation bar will show up across the bottom of your screen — instead of across the top as it does on the desktop. After the translation is done, another box will pop up in the same spot, asking if you want Google to always translate whatever language you just converted. It's all simple stuff.

For now, the feature only works in the Beta version of Chrome for Android, which you can download from Google Play right here. But it will likely roll out to the regular Chrome for Android app in the next six to twelve weeks. 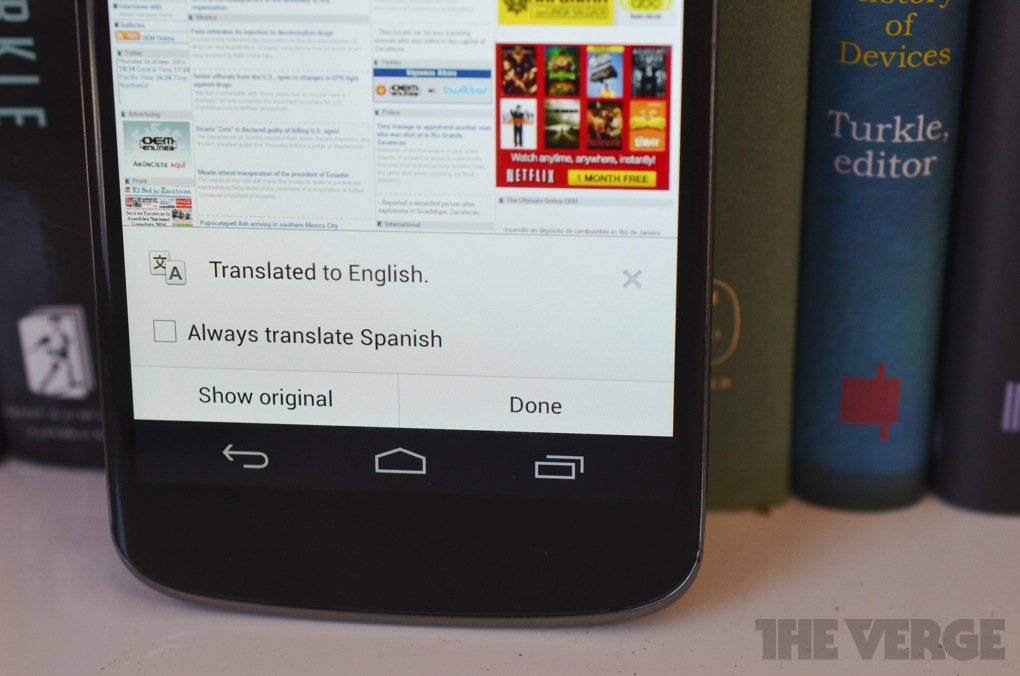