Ruben Brulat's Paths is a photo series that shows figures lost in the wilderness. The young photographer, who previously gained recognition for the similarly-themed Primates, traveled Asia and the Middle East, shooting grand, hostile-looking locales. As beautiful as the landscapes are, Paths' genius lies in the contrast between the tiny, naked figures and the dramatic backdrops. Brulat captures the vulnerability and insignificance of man when shown in the context of the vast emptiness of nature. 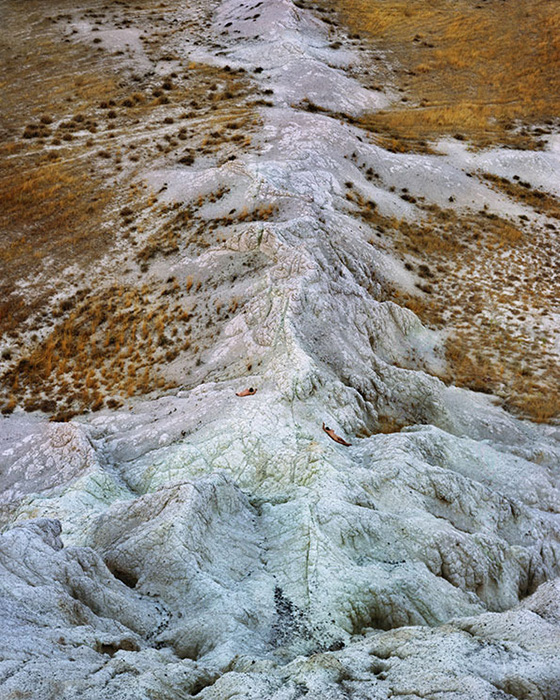