Samsung is holding an event in June to unveil new mobile devices. The London show will focus on the company's Galaxy brand, which covers its Android phones and tablets, and the newer Ativ brand, which is the unified name for its Windows Phones, as well as its Windows 8 and Windows RT laptops, tablets, and hybrids. The event will be called "Samsung Premiere 2013," and will kick off at 2PM ET (7PM BST) on June 20th. As usual, Samsung will be livestreaming the entire thing on its YouTube channel.

The event will come just one week after Apple's yearly developer conference, WWDC, which usually contains important announcements about the company's upcoming software and hardware. It's also just days before Microsoft's annual developer conference, BUILD. June is going to be a big month for tech news. 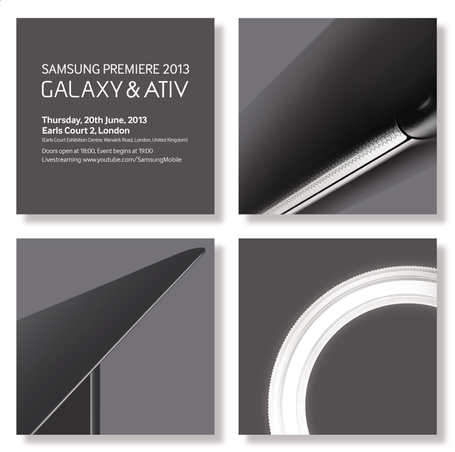