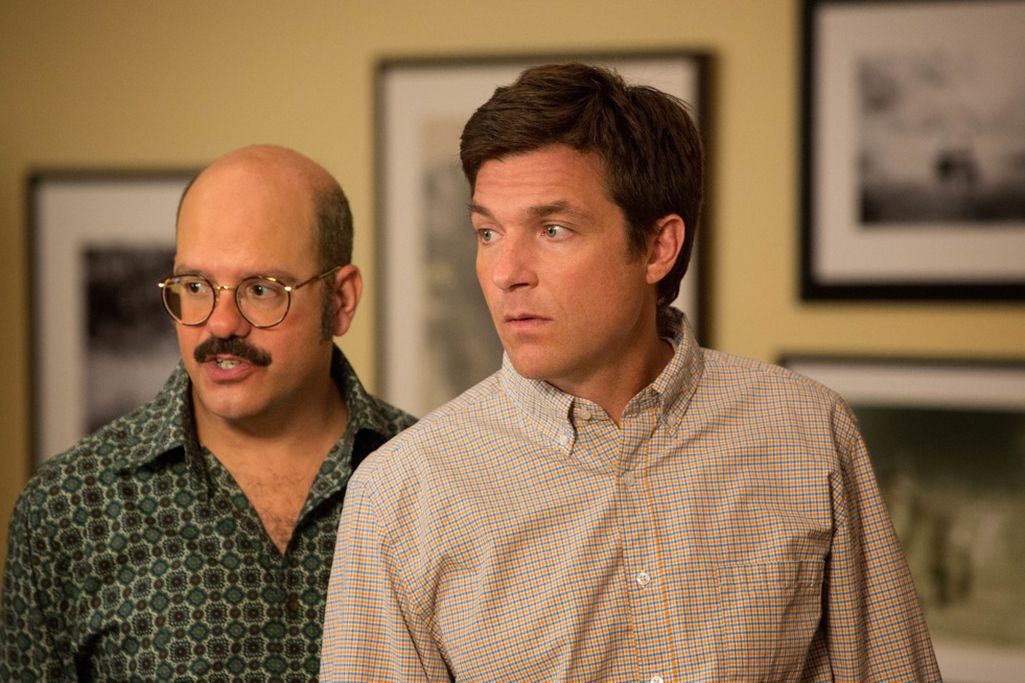 "It's like you always say," George Michael tells his dad. "Family first unless there's a work thing."

I've been waiting for Arrested Development to arrive on Netflix for months. Years, even — there's a part of me that's convinced CEO Reed Hastings added Instant Streaming to Netflix just so we could all re-watch the show, then started producing original content just so he could bring it back. I fully support both decisions, and when the show's 15 new episodes finally became available on May 26th, I bailed on my family’s Memorial Day activities, hunkered down in front of my TV on a gorgeous day in New York City, and watched every single one.

Everyone’s talked about how Arrested Development was always designed for 2013 — the show was so fast, so smart, and so dense, and without a way to pause or rewind, often too much. It’s tailor-made for the DVR era and especially for Netflix — the episodes were to be viewable in any order, available all at once for infinite re-watching, rewinding, sharing, and dissecting. In 2006, you'd sneeze and a half-dozen jokes would be missed and gone into Fox's ether; now they're here for us, forever. I, for one, am happy about that fact.

Every new episode revolves around a single character, guiding us on an inevitably winding and interconnecting journey through their last seven years. There’s a core conflict running through the whole season, but it’s perpetually shifting and confusing, and I found myself constantly having to pause the show to remember why Michael ended up in this restaurant, or why he’s pretending he doesn’t know Lindsay. It doesn't really matter, though — it's just a loose thread tying everyone together, and we're probably better off not tugging too hard at it.

I hated season four from the second it started. Netflix's bumper is ugly, odd, and cloying, pointing out that it's only a "semi-original series." Then for the next three episodes, from Ron Howard's narratorial throat-clearing to the "Showstealer Pro Trial Version" watermark splashed over footage from old seasons, Arrested Development is hell-bent on reminding us that it was cancelled seven years ago.

I laughed out loud exactly once during those three episodes, and nearly gave up watching the show entirely — the first 90 minutes of season four felt longer than the next six hours. (That one respite was thanks to the re-introduction of the casual racism Arrested Development does so well.) There are too many flashbacks, too much re-introduction, too much time spent essentially saying "OMG you guys can you believe they cancelled us?"

But slowly over the next few episodes, the show finds its footing again, as it re-introduces so many of the characters and jokes that made it famous. George Michael’s hyper-religious ex-girlfriend Ann Veal comes back with a vengeance, somehow still delightfully insignificant even in a much-expanded role. Family patriarch George Sr. and his identical twin Oscar spend a lot of time together, a Jeffrey-Tambor-on-Jeffrey-Tambor dynamic I wish we'd seen more of before.

There are callbacks everywhere, from the Mr. Banana Grabber shirt to a Mr. F reference you'd miss if you were breathing too loudly at the time. Nearly everything's here, except as best I can tell no one ever said "There's always money in the banana stand" and there's only the slightest hint of a chicken dance. Both are devastating omissions. 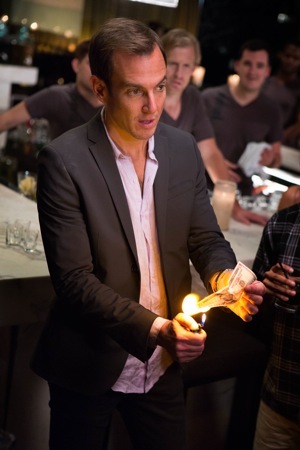 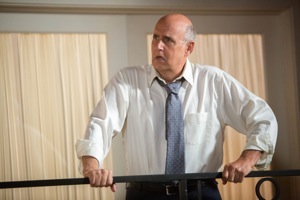 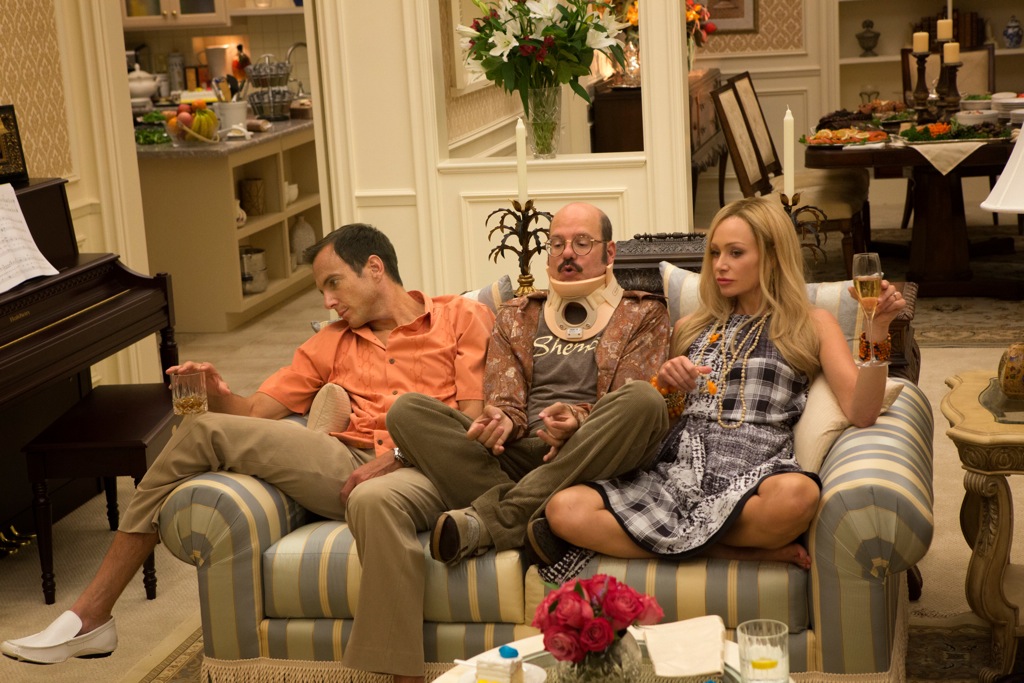 The Arrested Development world is bigger than ever, with new model homes, dorm rooms, high-end prisons, bizarre restaurants, and desert sweat lodges in which our many protagonists spend their time. The show also takes a very modern turn, with George Michael starting an "anti-social network" and everything from Skype to the BlackBerry PlayBook making noteworthy cameos. In a stroke of brilliance, even the StairCar gets a 21st-century-appropriate upgrade. The storylines fit neatly with the timeline of the last seven years, and go a long way toward making the show’s evolution feel believable — though the startup story spends way too much time riffing on the fact that people confuse Cera with Jesse Eisenberg.

Absolutely every character is back, from Tony Wonder to Bob Loblaw (who slings one hell of a Bob Loblaw Law Bomb), and many more besides. Terry Crews is the best, playing Herbert Love, a hilariously conservative politician (he’s a spot-on Herman Cain) running for office against Lucille Austero. Kristen Wiig and Seth Rogen are young Lucille and George Bluth, and while both start off like middling impressionists, Wiig nails it in the end — Rogen never gets there. There are cameos everywhere, from John Krasinski to Conan O'Brien — most are innocuous, like Ed Helms as the Funke’s real estate agent, but O’Brien’s and a few others just feel ridiculous. And, of course, the whole primary group is back, most looking (and acting) like they never left. George Michael and Maeby have both grown up a lot, and Lindsay looks like some mutant alien version of herself, but in many ways nothing's changed. 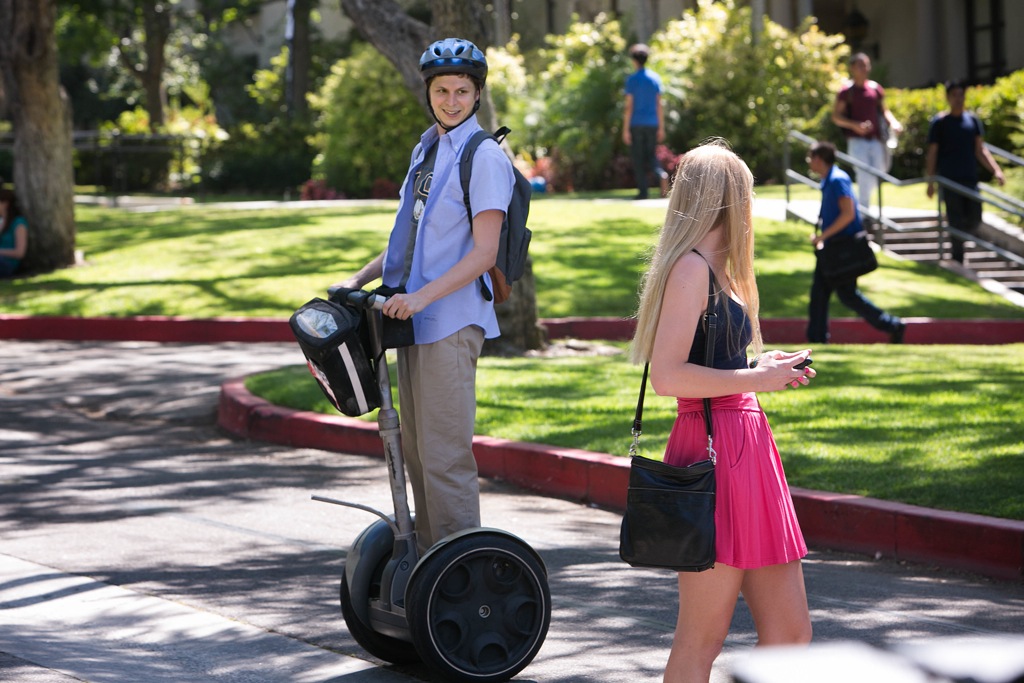 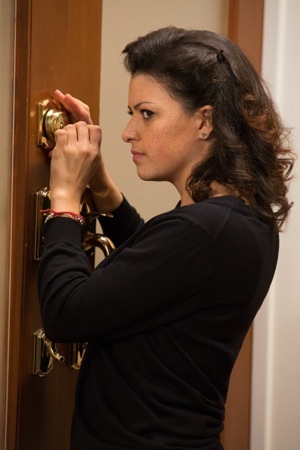 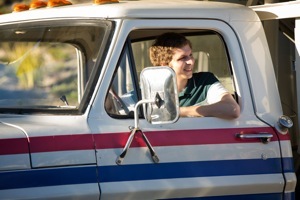 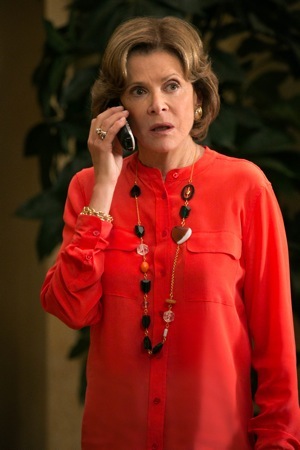 Each story revolves around the same three or four scenes, like George Michael’s high-school graduation and a fundraiser / concert / room filled with awkward people for Herbert Love’s campaign. Everything comes to a head on Cinco de Cuatro, a holiday invented by the Bluths to use up all the party decorations and keep their housekeeper from leaving every year to celebrate Cinco de Mayo.

The storytelling structure is an obvious way to get around the actors’ busy schedules, and points to the original goal of releasing episodes with no set order, but the strange Rashomon effect doesn’t always work. It just creates a lot of overlap — a few moments appear six or seven different times — and a lot of confusion about what’s happening and when.

The Bluths may not have changed, but the actors' lives certainly have. Creator Mitch Hurwitz has said Tony Hale was particularly hard to get because he’s also shooting Veep, and other actors were similarly difficult — Arrested Development launched many careers, and it lead to only two days with the whole cast on set at the same time. It results in clear troubles with telling the story coherently, and more than a few scenes are so unrealistic the crew might as well have left the green screen in the shot with Portia De Rossi and David Cross.

So much of the fun of Arrested Development was just watching these dysfunctional people be near each other, and there's precious little of it in season four. Some characters are also just gone, for episodes at a time. We see far too little of GOB and Buster, two of the show's most interesting and compelling characters, and as a result we're forced to spend way too much time with both real-life Ron Howard (as part of a subplot around making what is presumably the Arrested Development movie) and narrator Ron Howard.

The seventh episode, where we finally spend some quality time with GOB, is where season four finally rises to Arrested Development standards. GOB takes his guy-in-a-$10,000-suit stammering to new levels, and gives Steve Carell's Bruce Almighty performance a run for its money. GOB's episode also brings Steve Holt back, who steals the whole season before he even says a word.

The momentum continues from there through to the end, with only a clunker or two in between – as the disparate stories start to clash, the show regains its old luster. Plus, it takes eight or so episodes to take each character's pursuits to their bizarre, narcissistic extremes, which is where, say, Michael comes alive in a guilt-trip game of chicken with his son over a series of escalating voicemails. Tobias' story was my favorite, following him as he trades his analrapist hat for something almost as wonderful.

The original plan for this season of Arrested Development was 10 episodes, and Netflix should've stuck to it, especially since Hurwitz and co. don’t have to bend over backwards to make each episode stand on its own. There is an order now, and with it comes freedom the crew should have taken advantage of. As is, the show leans too heavily on what's basically a "previously on Arrested Development…" crutch in the middle of episodes, which flits between unnecessary and downright boring.

But even if there’s a bit too much of it, the show is still fun, funny, and as weird and watchable as ever. I can’t wait to watch it all again, when it’s not 4:12 in the morning — knowing what I know now, I think I might even like the first few episodes more the second time.

Season four is absolutely worthy of the Arrested Development name, though you'll have to slog through three episodes before it becomes so. And trust me: don't watch the show without having seen the first three seasons, and maybe re-watch them again just in case. Even for all its heavy-handed exposition, the show introduces basically no new running jokes or motifs, and if you don't know about the too-literal doctor or Gene Parmesan, you're in rough shape. 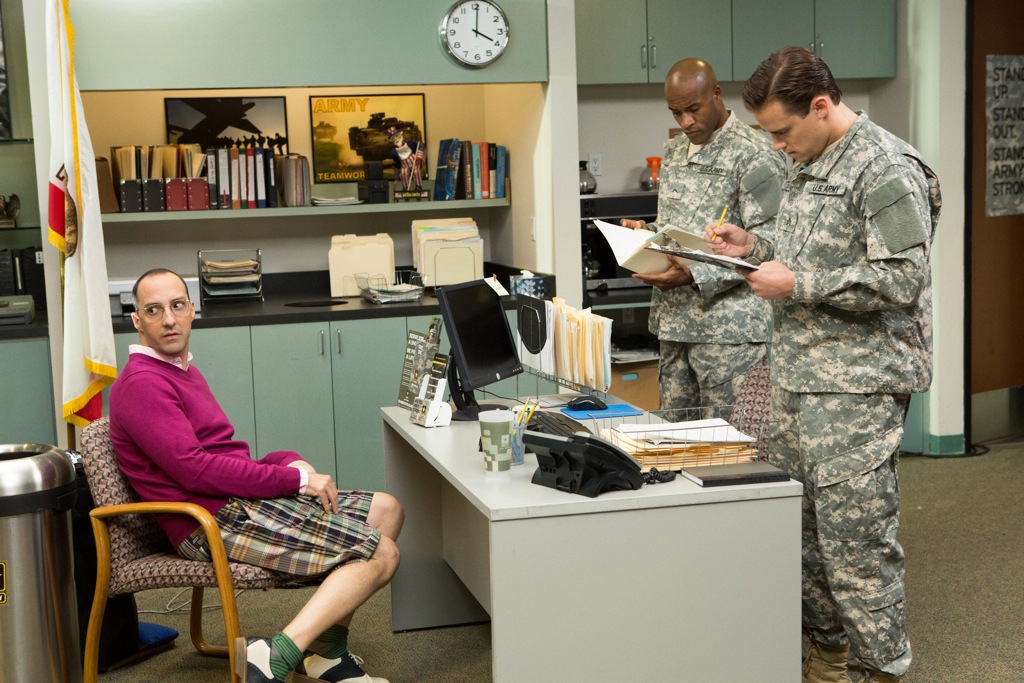 Don't be like me, though. Don't watch all 15 new episodes of Arrested Development in one sitting, as tempting as it may be. The show is unquestionably made for 2013, the age of DVRs and memes and GIFs, but especially the inevitable picking apart every episode will receive on blogs, podcasts, and mind-blowingly detailed wikis. It's not made for Netflix, though, not made to be released and devoured at once. It's too dense, too layered — it needs a weekly recap and water-cooler conversation for all its many impressive qualities to be appreciated. House of Cards is perfect for Netflix; it marches on a relentless path forward, like an astonishingly long movie with 13 pre-ordained bathroom breaks. But not only did the comedy start to wear off over the course of Arrested Development's eight hours, it started to go right past me. Arrested Development is a show for pausing on magazine covers, rewinding for zingers, and for re-watching. It's not for binge-watching to see what happens, because what happens isn't in the next episode. You already missed what happens.

Season four is kind of a confused mess, but then so is the Bluth family — and both somehow work despite all the chaos. From the way it was shot to the way it was released, the show was an experiment – covering a few events many ways, showing us the world through every character’s eyes. It’s very clearly just set-up in the larger sense, building toward something bigger for Arrested Development. But the question is, what’s next?

I hope it’s a movie, I hope it’s a good movie, and above all I hope it finally brings the Bluth family not only back, but back together.

Arrested Development is now available on Netflix. If you'd like to talk about all things Bluth family — spoilers and all — join our discussion in The Fringe!